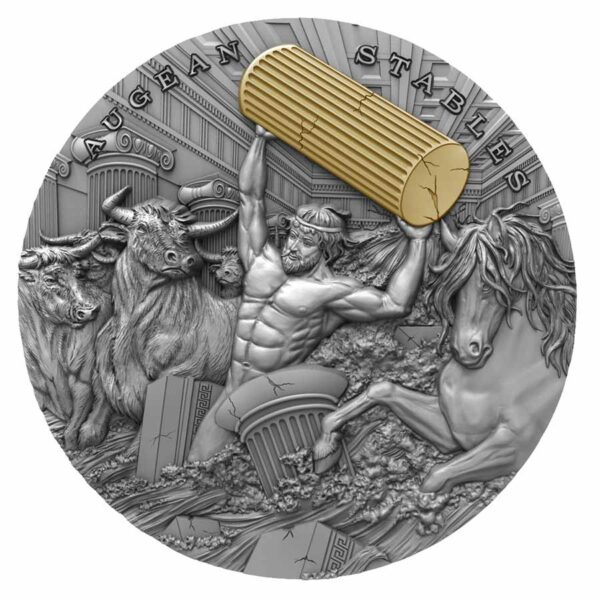 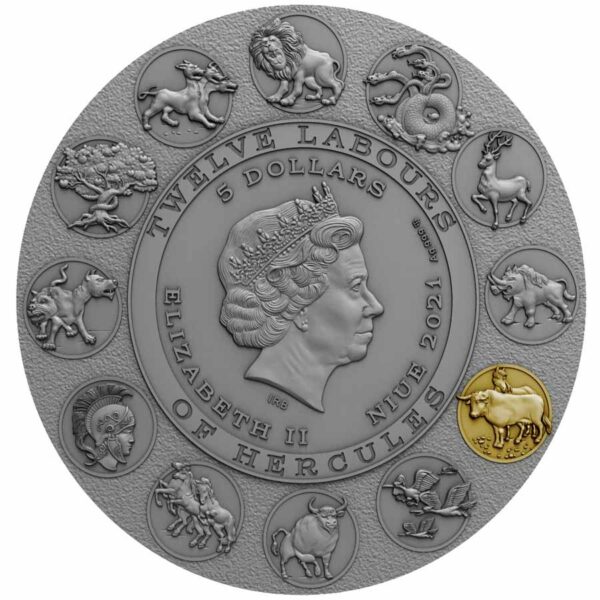 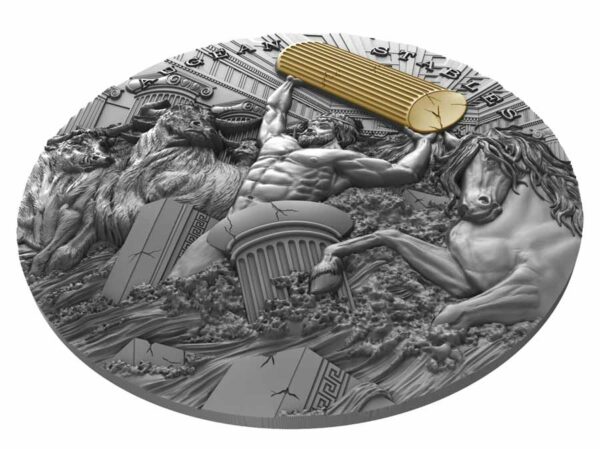 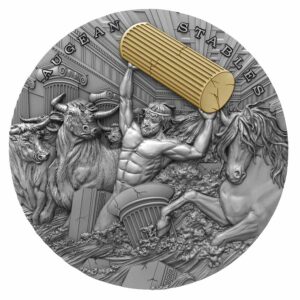 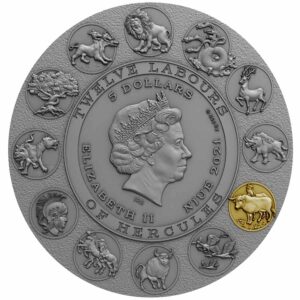 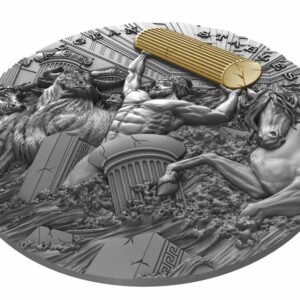 This is the fifth coin in the exclusive series called “Twelve Labours of Hercules” and it is dedicated to the fabled Augean Stables.  It is once again portrayed in stunning detail on a rimless, antique-finished & high relief .999 silver coin.

For the fifth labor, Eurystheus ordered Hercules to clean up King Augeas’ stables and his 3,000 oxen. Then Eurystheus made Hercules’ task even harder: he had to clean up after the cattle of Augeas in a single day.

Hercules accomplished this task by diverting two rivers to run through the stables and cleansing the entire herd simultaneously.

Today, he word Augean has come to mean “extremely difficult and often distasteful.” We can refer to “Augean tasks,” “Augean labor,” or even “Augean clutter.”