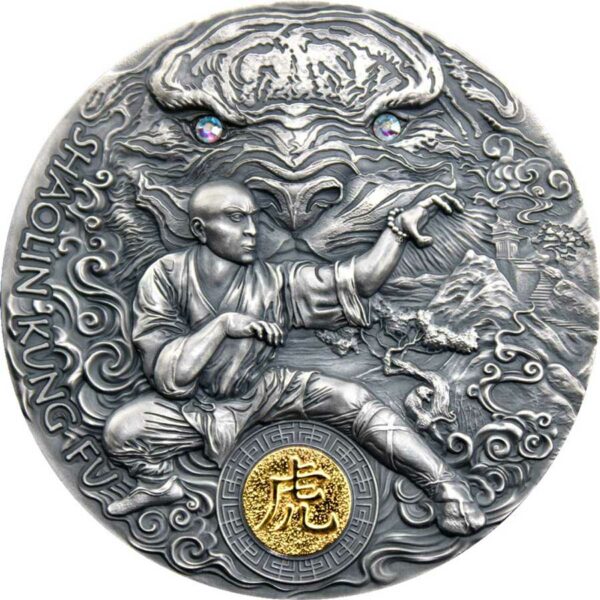 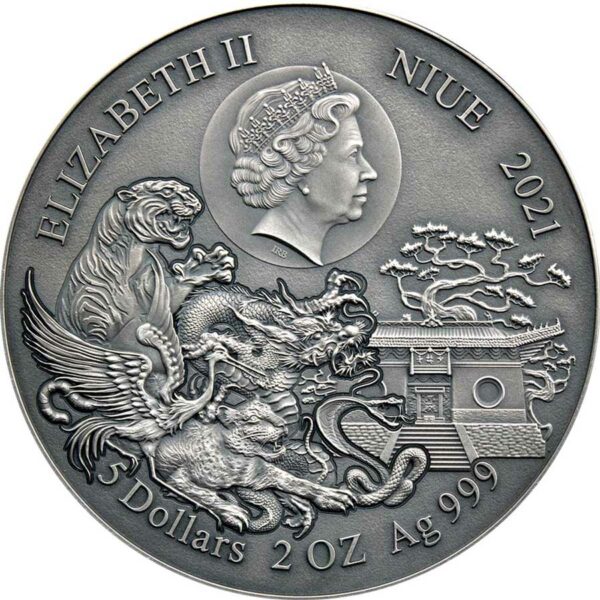 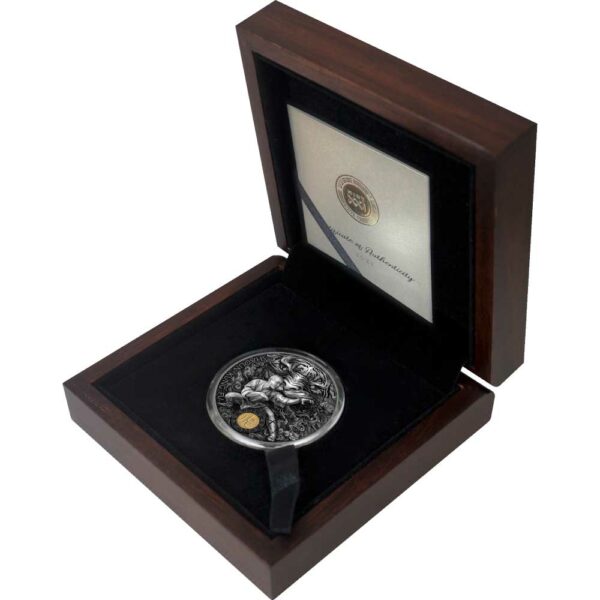 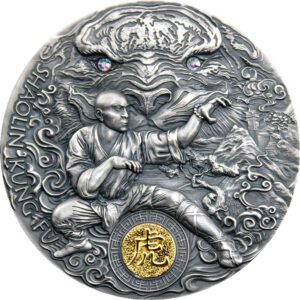 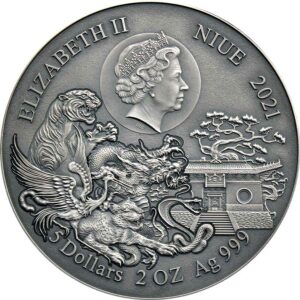 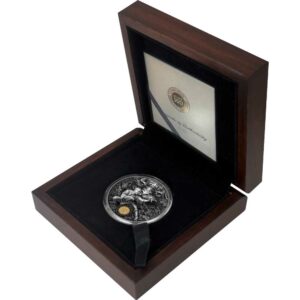 This luxurious, high relief silver coin features a background with a tiger and 2 Swarovski crystal inserts for the eyes.  In the foreground, a well known stance of Tiger Style Kung Fu, which is famous for toughened hand weapons, incredible power, and absolute ferocity.

The animal corresponds to the posture of a fighter. Tiger, Crane, Leopard, Snake, and Dragon – the imagery from the Chinese martial arts – are widely depicted on the coin’s obverse together with the Shaolin Kung Fu School.

The coin is inspired by one Chinese saying: “All martial arts under heaven arose out of Shaolin.”