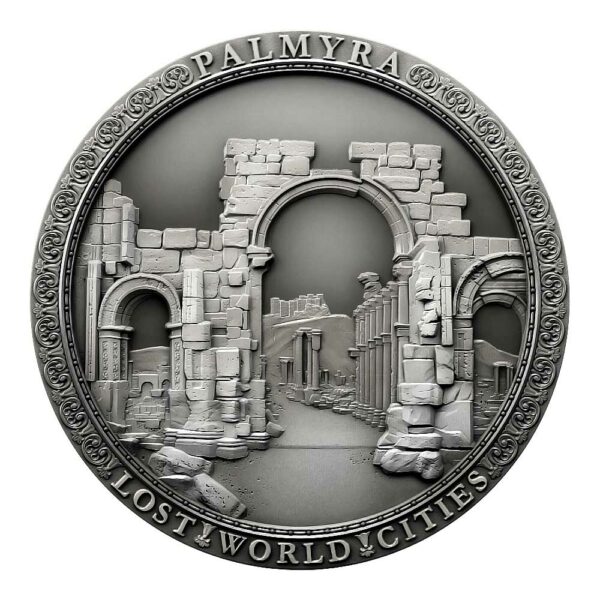 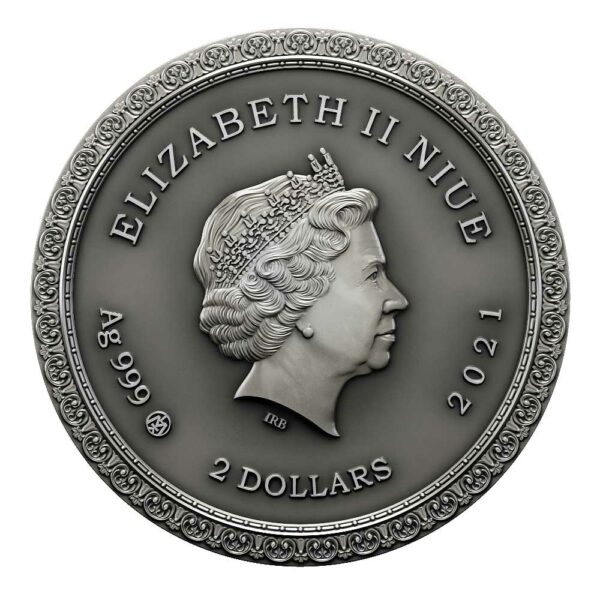 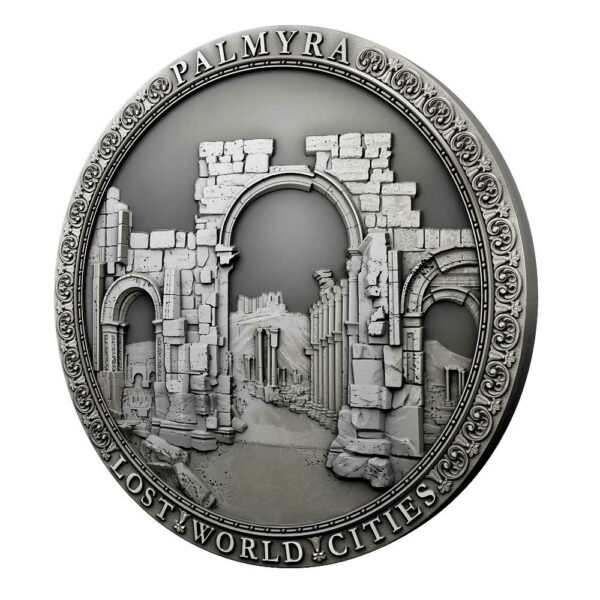 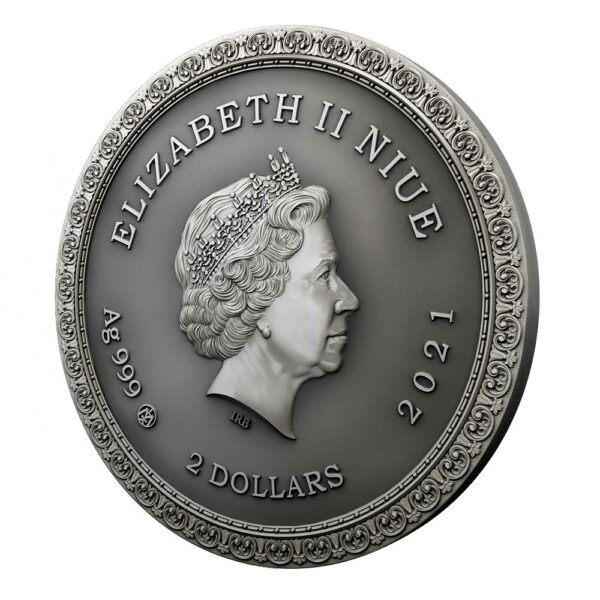 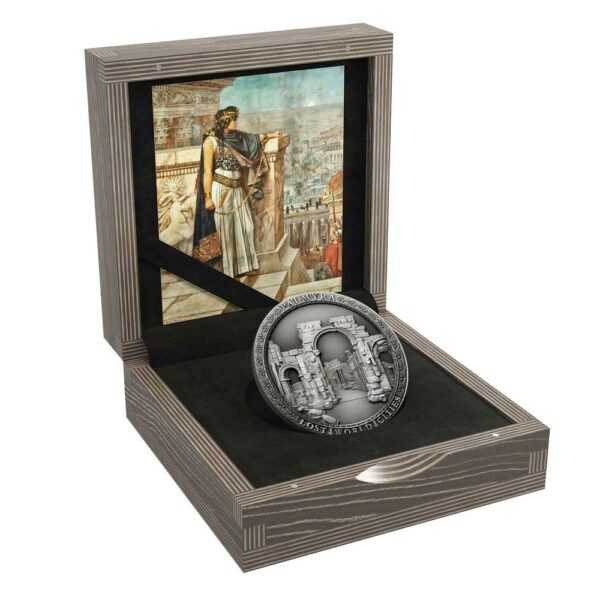 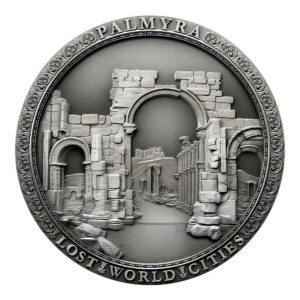 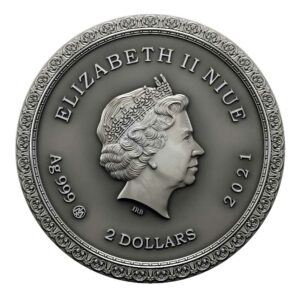 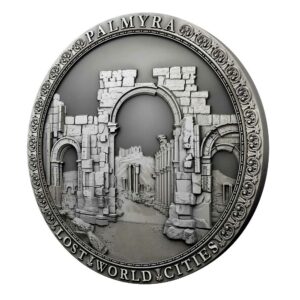 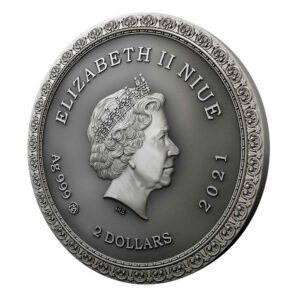 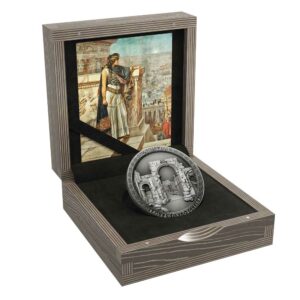 This beautifully crafted silver coin is part of the Lost World Cities series from Niue and is dedicated to the legendary Palmyra.  It’s two ounces of .999 pure silver struck in high relief and bathed in deep antique finish to accent the fine details.

Palmyra is a former city in northern Syria that has been explored since the 18th century. It was first mentioned in the 2nd millennium before our era. This city was a famous trade center in the Middle East. In Greek, the name of the city means “palm city”. It was built on the Silk Road which stretched from China and India to the Mediterranean.

The city of Palmyra is a symbol of an ambitious woman. Queen Zenobia of Palmyra successfully resisted the greatness and power of the Roman Empire, establishing an autonomous empire. She was a cultural ruler and fostered an intellectual environment in which scientists and philosophers could participate.

Today’s Palmyra is a UNESCO World Heritage Site. It is known for surviving fragments of temples, dynastic tombs (underground hypogeum, tomb-towers), building walls. One of the best-known architectural monuments is the Arc of Triumph, which was destroyed in 2015 by ISIS..