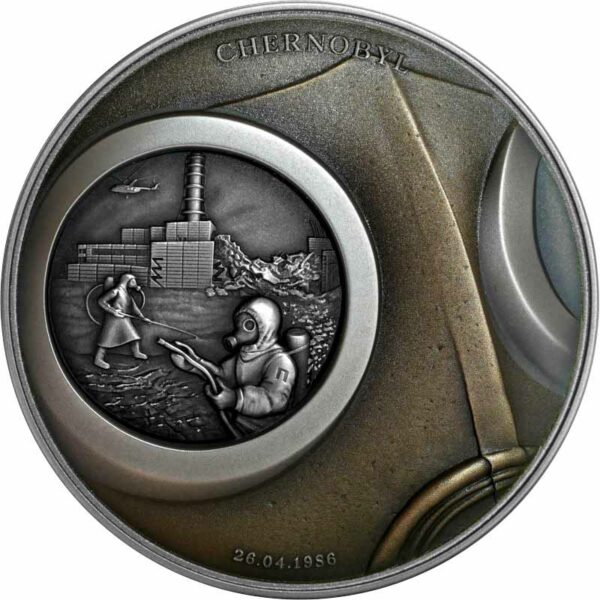 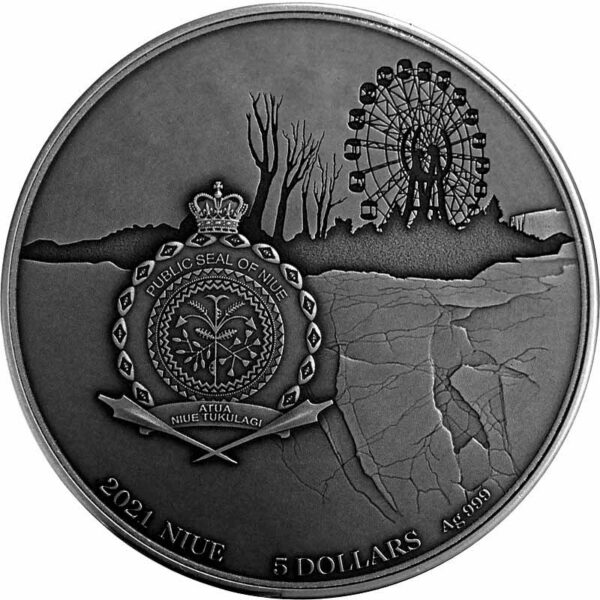 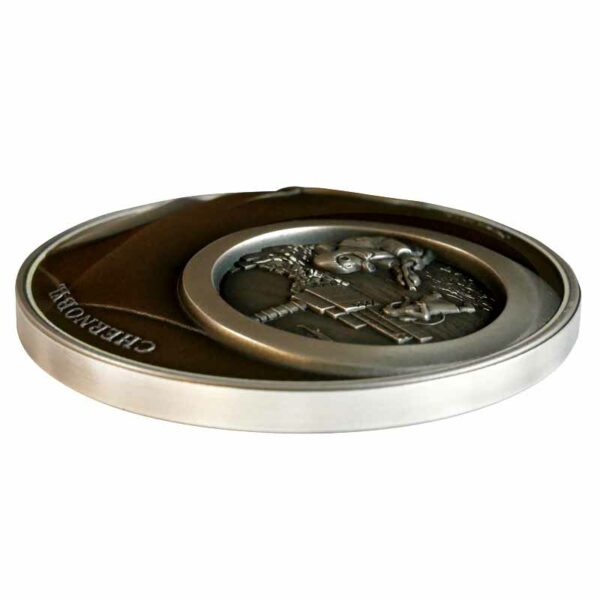 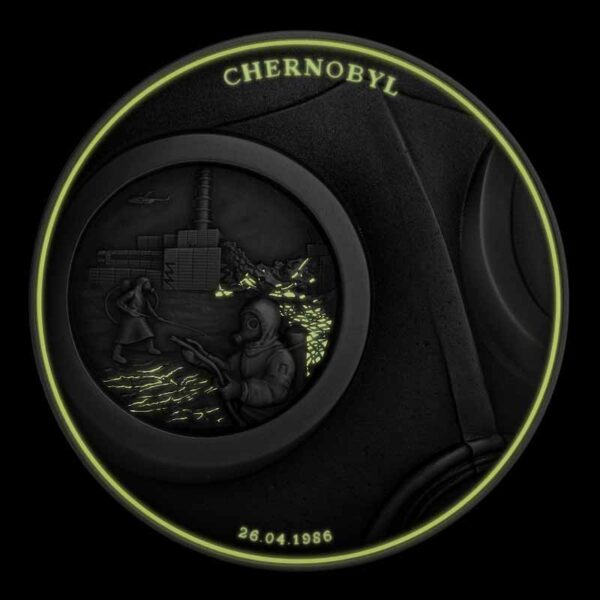 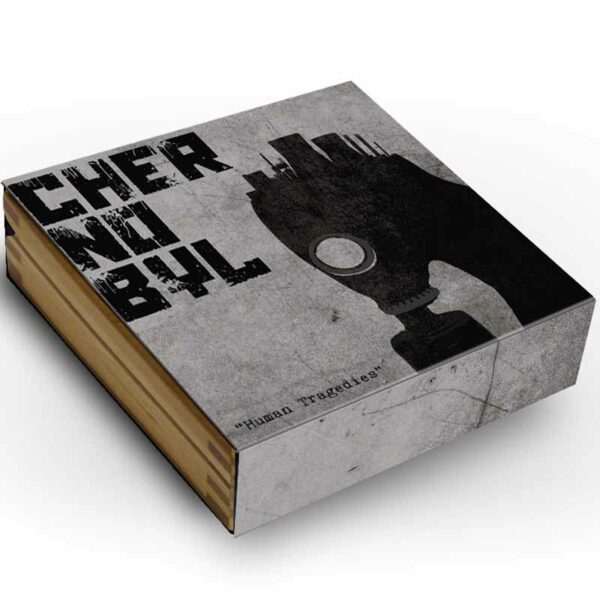 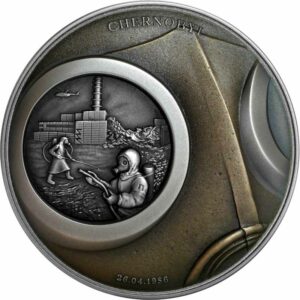 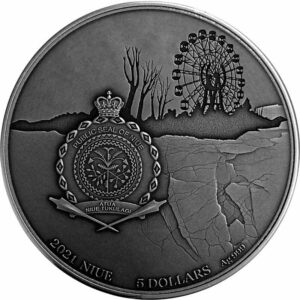 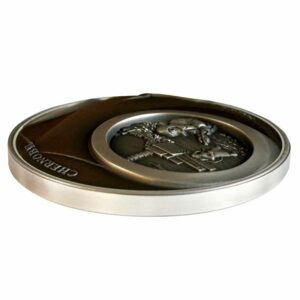 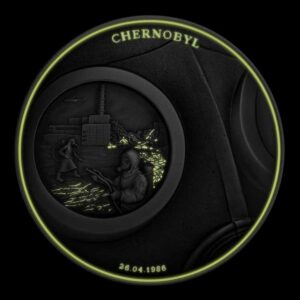 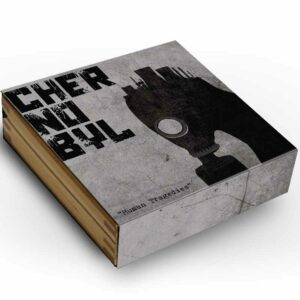 Nuie introduces the first coin in a new series titled Human Tragedies and is dedicated to the site of the Chernobyl nuclear reactor meltdown near Pripyat Ukraine, April 26th, 1986.  It is still considered the worst nuclear disaster in history in both cost and casualties.   The site is still undergoing clean up with those activities scheduled for completion in 2065.

The reverse design depicts the site clean-up crews at work (liquidators) as viewed through the mask of a hazmat suit.

The obverse features the public seal of Niue and the iconic Pripyat Amusement Park Ferris Wheel, the park having been evacuated after the Chernobyl disaster.

The Chernobyl delivers in a deluxe wood box along with the Certificate of Authenticity.