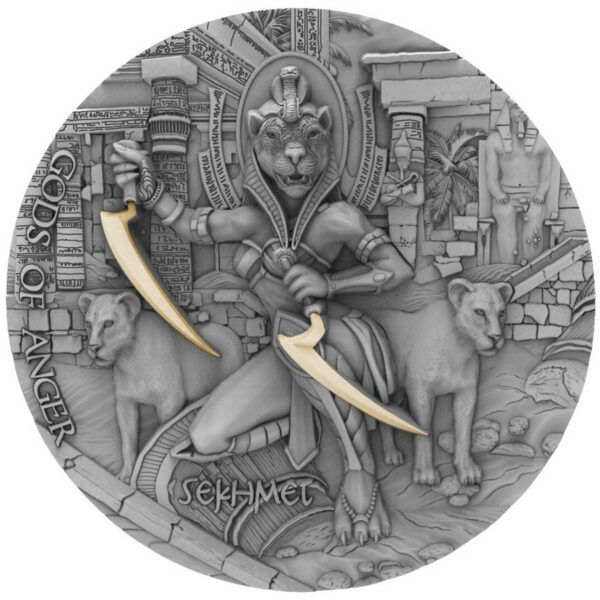 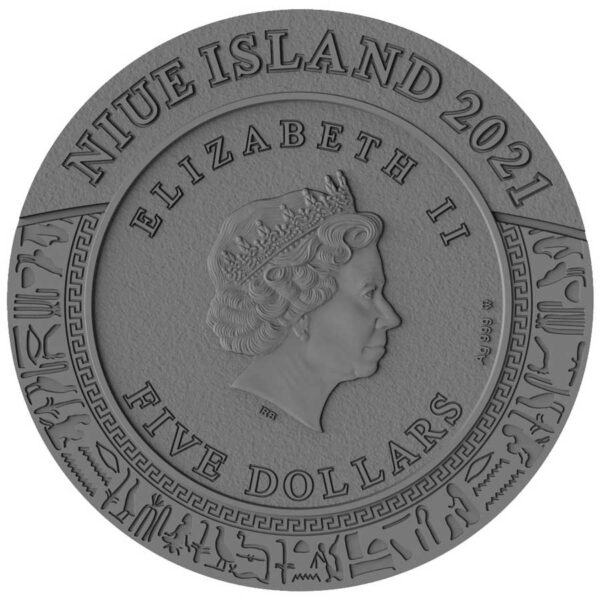 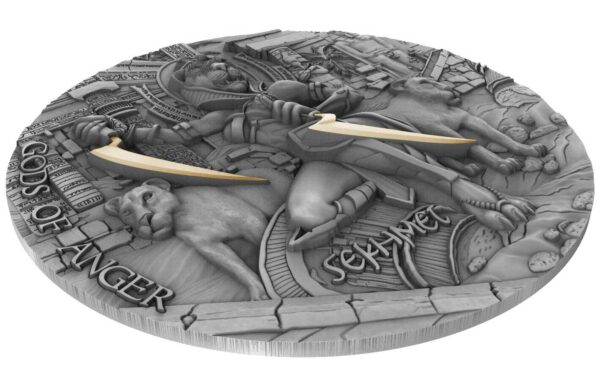 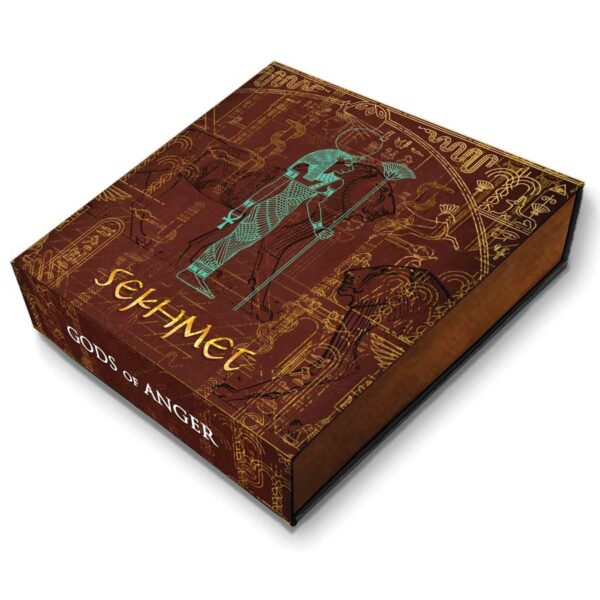 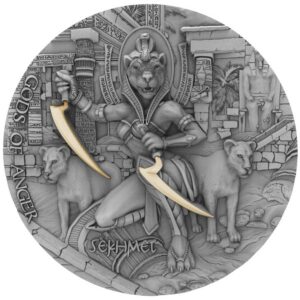 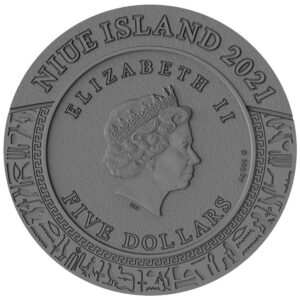 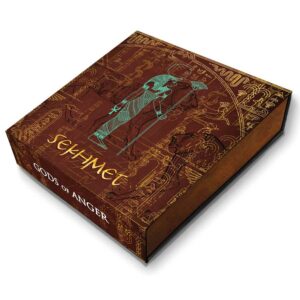 This is the third issue in the Niue Gods of Anger Series and is dedicated to the Egyptian Warrior Goddess Sekhmet.  Also known as the Goddess of Healing, she was seen as the protector of the Pharaohs and led them in warfare.

Sekhmet is portrayed in stunning detail in a rimless, antique-finished and ultra high relief .999 silver coin. The design is further complemented with select gold gilding on the reverse.

Sekhmet was considered the daughter of the sun god, Ra, and was among the more important of the goddesses who acted as the vengeful manifestation of Ra’s power, the Eye of Ra. Sekhmet was said to breathe fire, and the hot winds of the desert were likened to her breath. She was also believed to cause plagues, which were called her servants or messengers, although she was also called upon to ward off disease.

Sekhmet was envisioned as a fierce lioness, and in art, was depicted as such, or as a woman with the head of a lioness, who was dressed in red, the color of blood. Sometimes the dress she wears exhibits a rosetta pattern over each breast, an ancient leonine motif, which can be traced to observation of the shoulder-knot hairs on lions. Occasionally, Sekhmet was also portrayed in her statuettes and engravings with minimal clothing or naked.