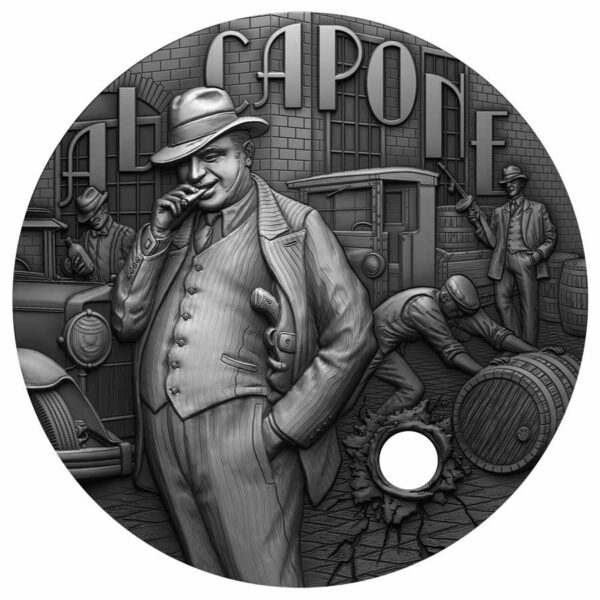 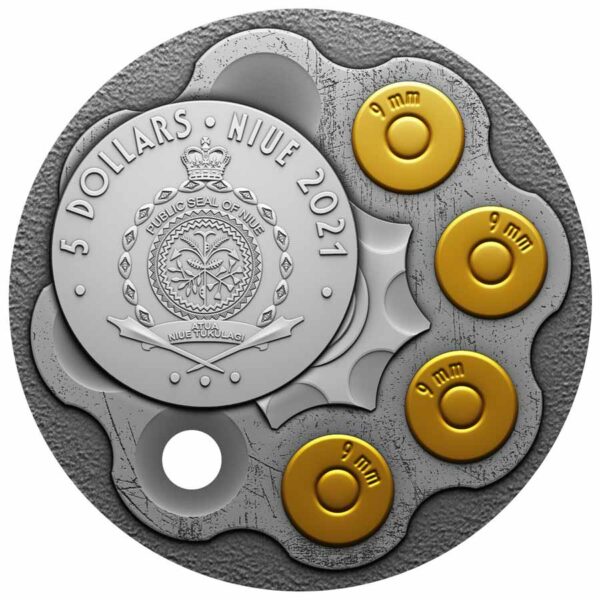 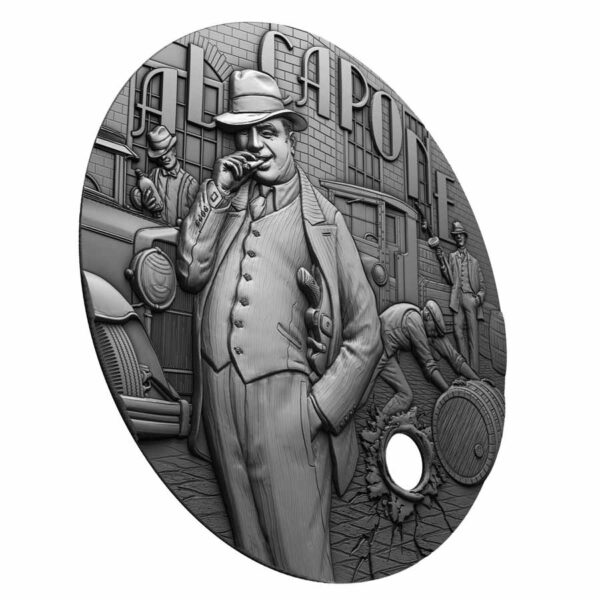 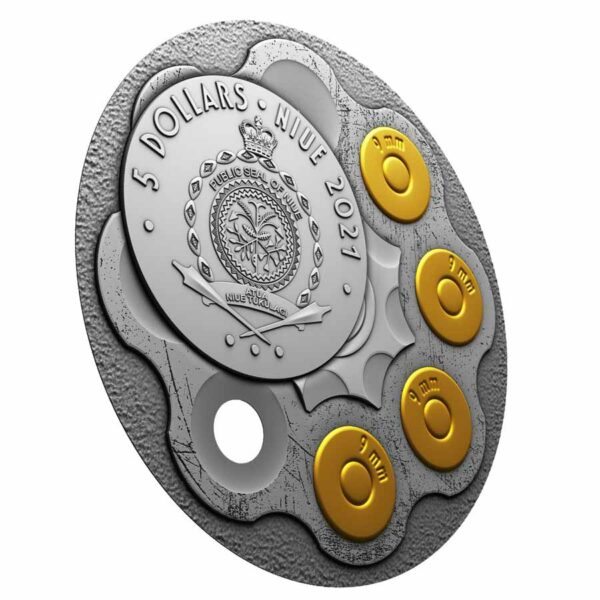 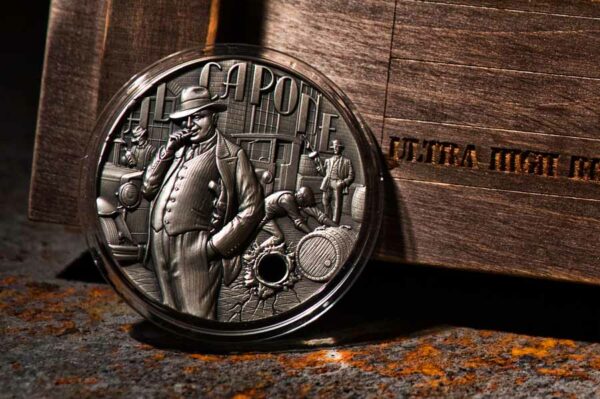 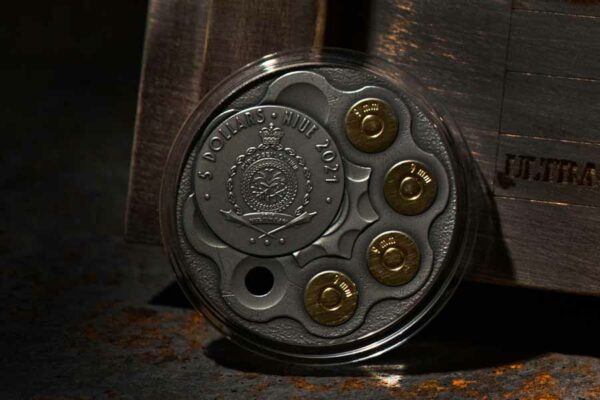 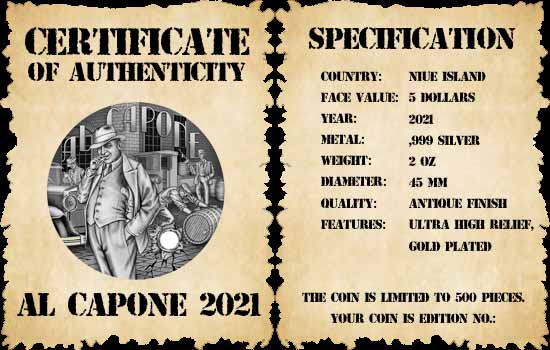 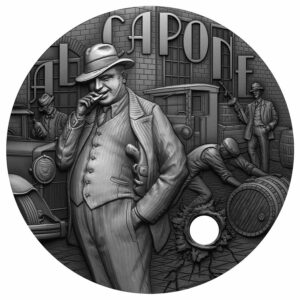 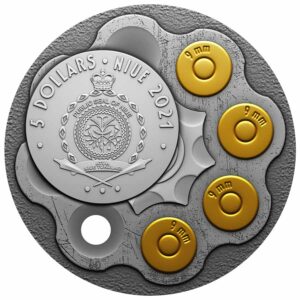 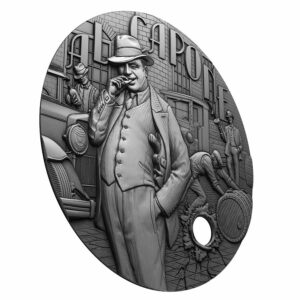 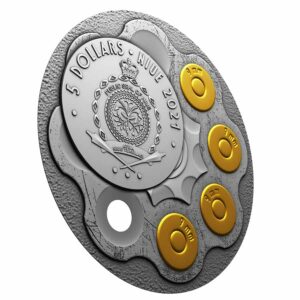 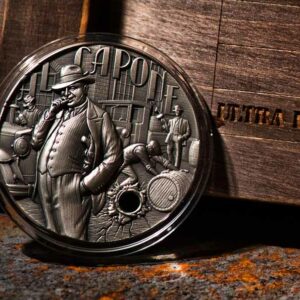 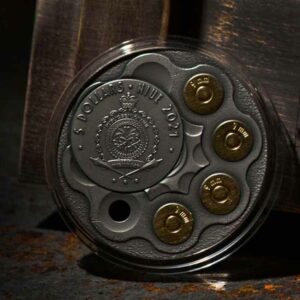 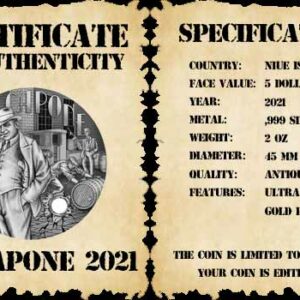 This is the first in Niue’s 4-coin series titled “Gangsters”.  Struck in ultra high relief with select gold plating on the obverse, this rimless 2 ounce silver coin portrays Alphonse Capone or “Scarface” in a period backsetting on the reverse face.   Paying tribute to his violent dispostion, the coin also features a rather large bullet hole…  “Free of charge”.

Murder, extortion, bootlegging, prostitution, bribery, and tax evasion – the life of a gangster is a busy one. Nobody epitomises that more than the classic mobster, Alphonse Gabriel Capone, more popularly known Scarface. Born in New York City in 1899, Capone joined the Five Points Gang at an early age, working as a bouncer in brothels, but it wasn’t long before he headed off to Chicago with a promotion. Becoming the bodyguard to Johnny Torrio, head of a bootlegging syndicate, he was in the perfect position to take over when Torrio retired after a close assassination attempt.

Capone rose to the challenge, expanding the business, and becoming a celebrity in the process, mixing with the politicians and musicians of the time, coming to be seen as a modern-day Robin Hood.  Charged with 22 but finally convicted on five counts of tax evasion in 1931, he served eight years, but was already suffering from neurosyphilis on release.  Following a stroke, he succumbed to cardiac arrest on Jan 25th, 1947.