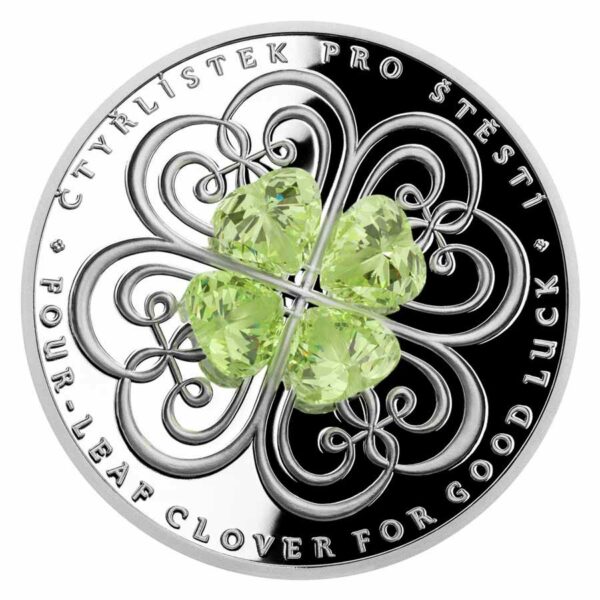 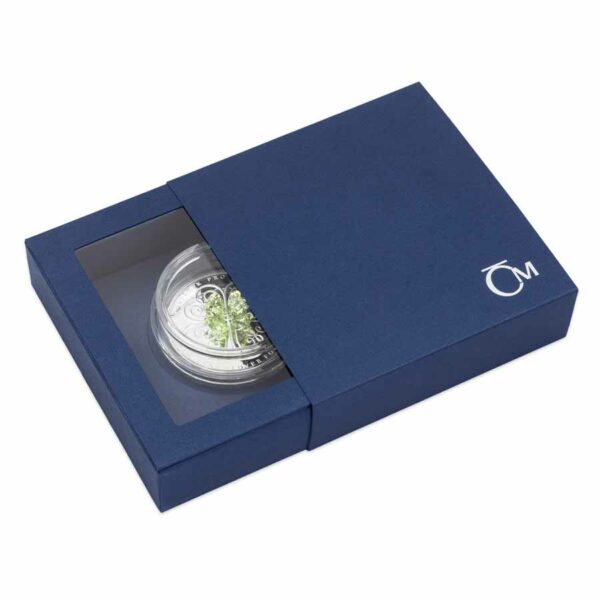 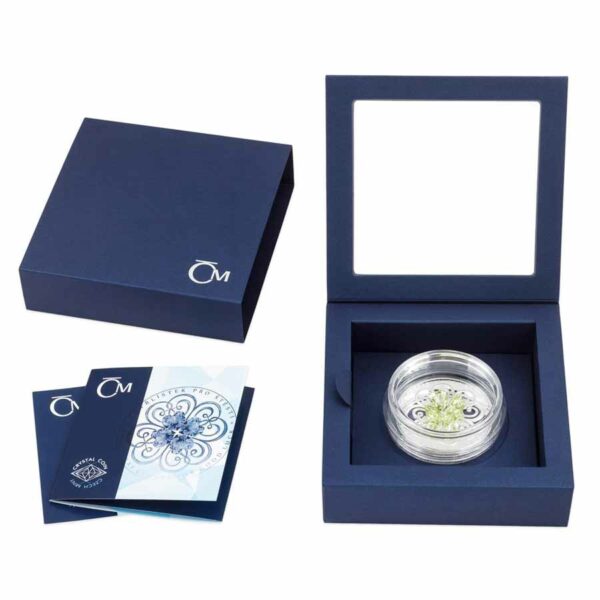 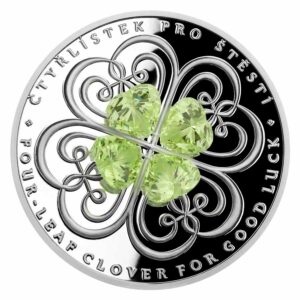 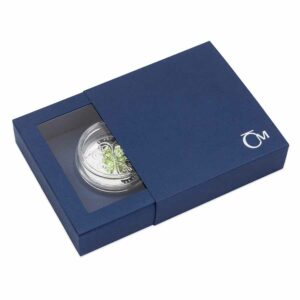 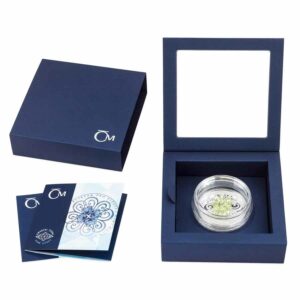 Everyone hopes that he or she will find happiness in the form of a four-leaf clover. The Czech Mint decided to make this a little easier for everyone and prepared a silver coin with Czech crystal from the Crystal Coin gift line.

Clover is an ordinary herb with a modest appearance – it has a purple flower and a trifoliate leaf. However, approximately one plant out of ten thousand differs from its relative species – it has one extra leaf. Finding such a rare specimen in a meadow is not easy at all. It is no wonder that the fourth leaf of the four-leaf clover, which according to legend was brought by the biblical Eve from the Garden of Eden, has always been associated with happiness. The other three leaves then represent hope, faith and love. If you want a four-leaf clover to provide you with its magical power, you need to carry it with you – dried and pressed. Our ancestors, who wanted to protect their home, also placed it under the threshold. Moreover, the girls who wished to see the future groom in the dream put it under the pillow for a change.

The reverse side of the coin, which was processed by the medal maker Petra Brodská, DiS., presents two four-leaf clovers – one in the form of a relief ornament and the other composed of cut crystal stones. The composition of the reverse side is supplemented with a Czech-English inscription of ČTYŘLÍSTEK PRO ŠTĚSTÍ – FOUR-LEAF CLOVER FOR GOOD LUCK. You will also find the decoration in the form of an indicated heart-shaped leaf on the obverse side. Since the coins of the Czech Mint are licensed by the foreign issuer, the island of Niue, they bear the attributes of the obverse – the name and portrait of Queen Elizabeth II, the year of issue 2021 and the nominal value of 2 DOLLARS (WST).