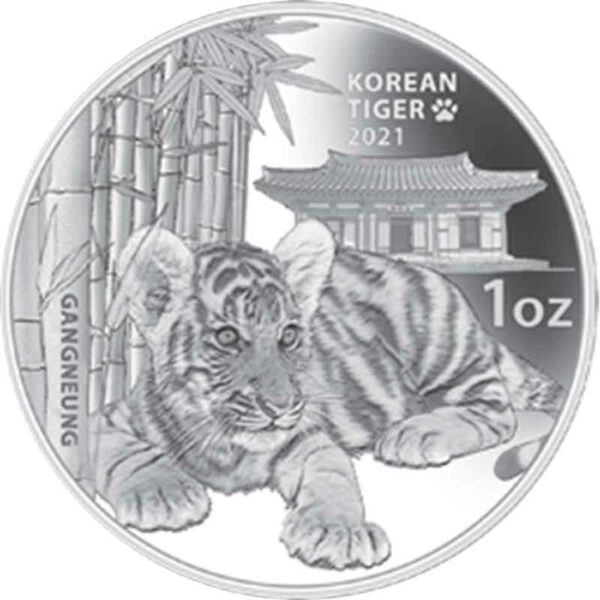 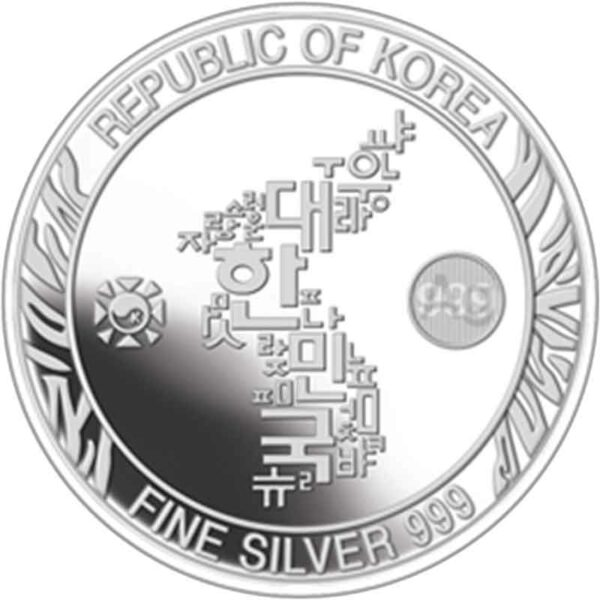 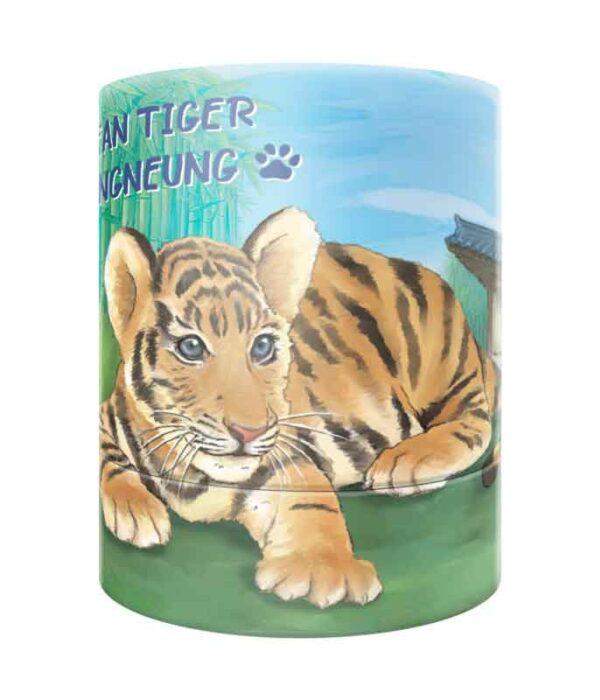 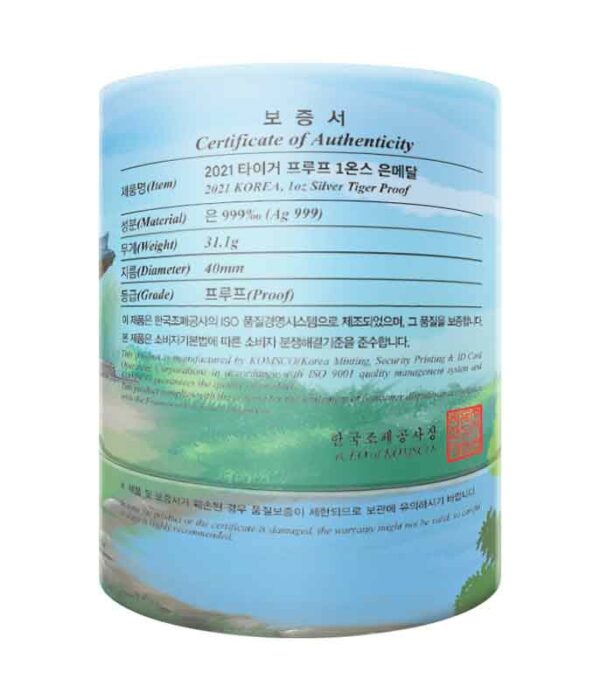 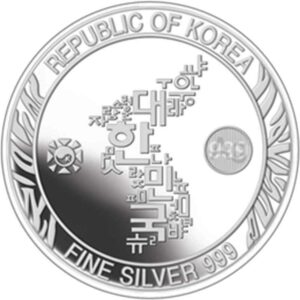 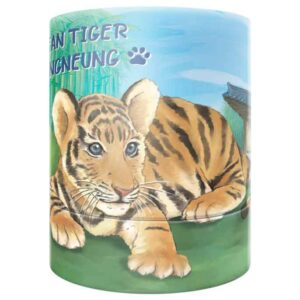 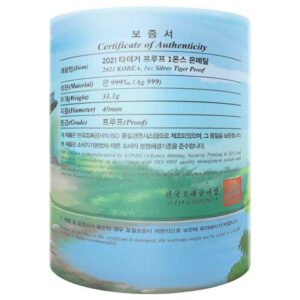 The Republic of Korea, KOMSCO and Art in Coins are pleased to offer this 1 oz proof release of their Silver Korean Tiger medallion series. Their 2021 .999 silver 1 oz South Korean Tiger bullion round is absolutely amazing.

For the 2021 proof edition, the attentive Tiger rests against a wall of bamboo stalks with a traditional Pagoda in the background.

The obverse features an equally remarkable design, using characters from the Korean alphabet to form the shape of the Korean Peninsula. The larger letters spell the country’s official name.  An attractive narrow band encircles the rim with inscriptions that include, “REPUBLIC OF KOREA” at the top and “FINE SILVER 999” at the bottom. To the left of the peninsula is the national emblem displayed on the Republic of Korea’s flag. To the right is the unique anti-counterfeiting security feature of a latent image engraving, which very faintly displays, “999” in a small circle.