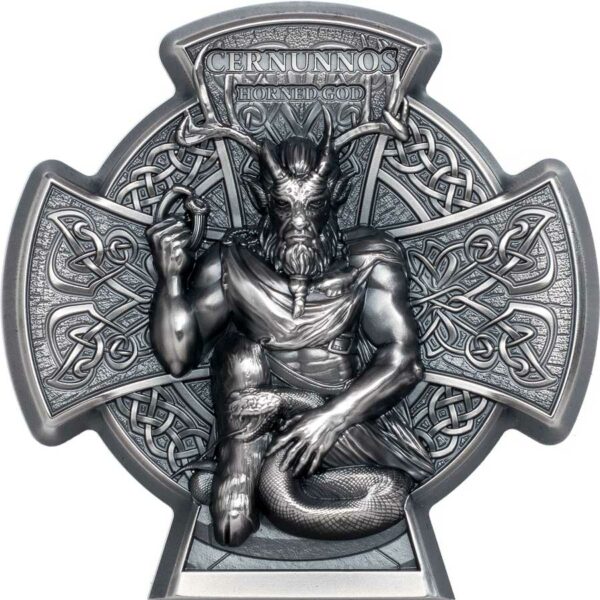 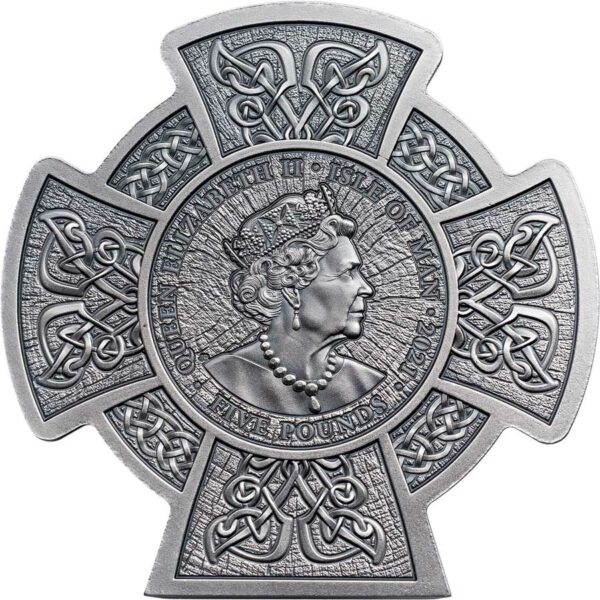 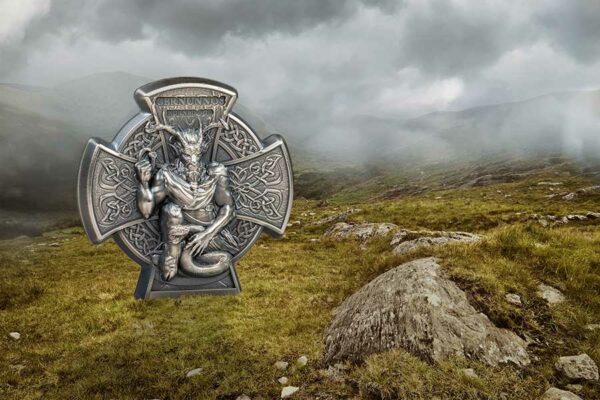 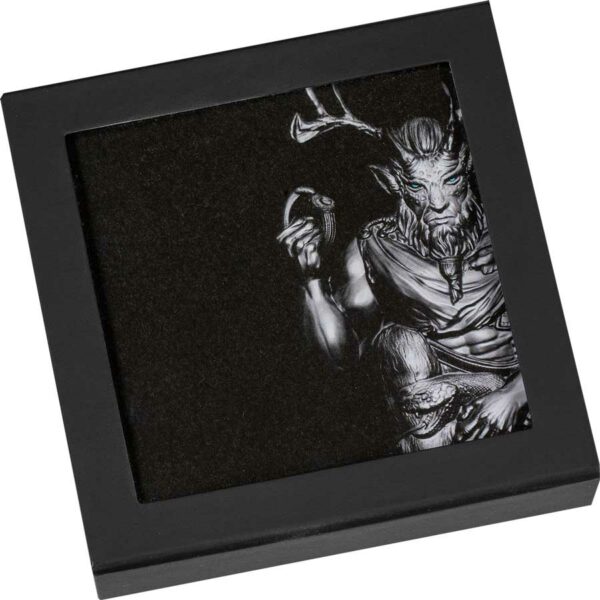 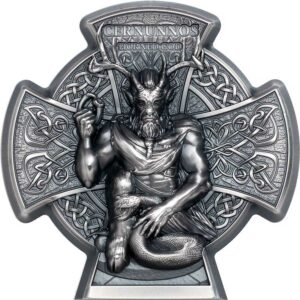 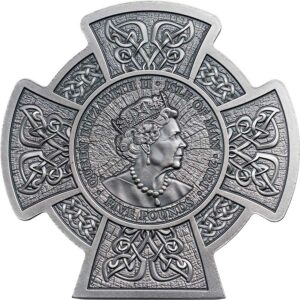 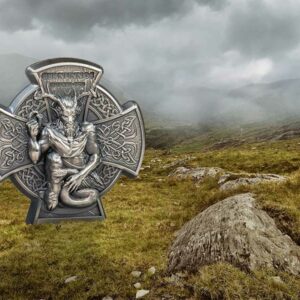 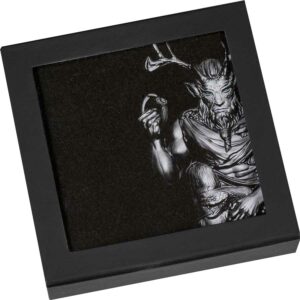 This is the third edition of the spectacular Isle of Man series that showcases The Horned God Cernunnos on the ornamented Celtic cross.

The pagan god is portrayed like many imageries of the Gallo-Roman period with human torso, stag’s feet and mighty antlers. He is accompanied by a snake and holds a torque, which is a sacred neck ornament of Celtic gods and a symbol of source of power and wealth. In Paganism, he is an archaic and powerful deity who is also worshipped as the “Lord of Wild Things”.

As the Christian Church did not succeed in forcing the Celts to abandon their deity, it achieved this purpose with a different approach. Cernunnos’ wildness was no longer to be connected with animals and nature, but with the primordial evil. Hence, the well-known image of the horned Christian devil is rumoured to have its origin in Cernunnos.

This impressive ultra high relief 3 ounce coin in Antique finish is limited to 999 pieces and again shows off all the amazing detail possible with Smartminting® technology.

A limited and very exclusive 999 pieces of this Isle of Man issue will be produced.