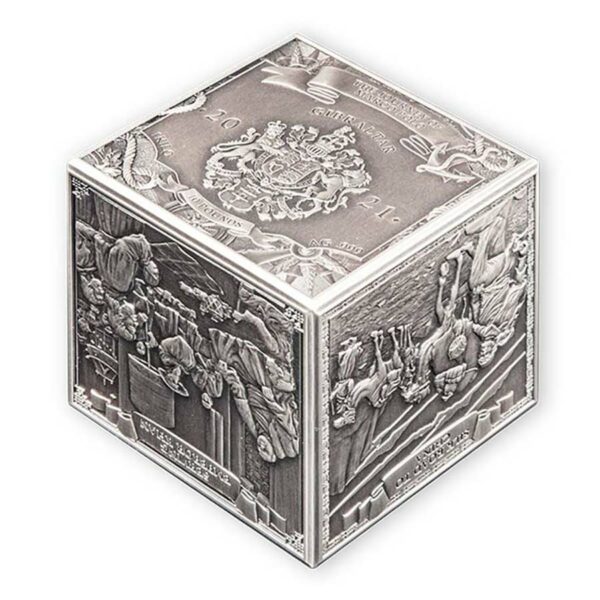 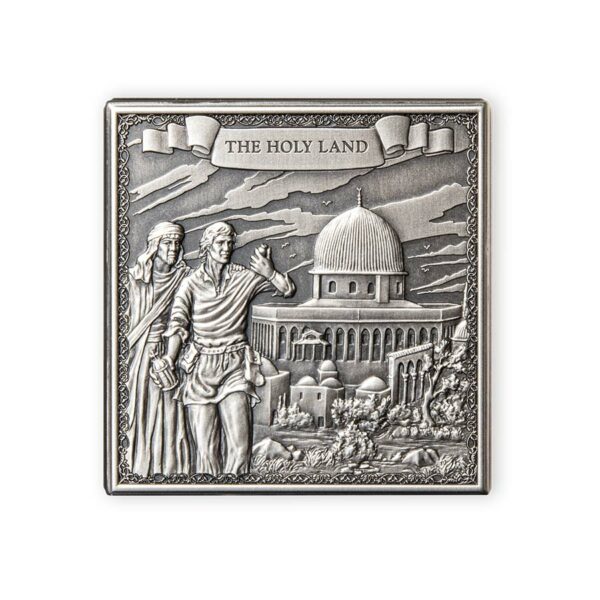 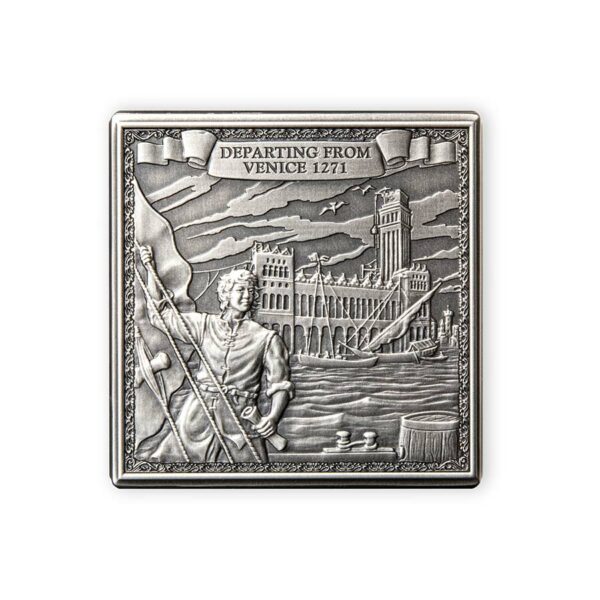 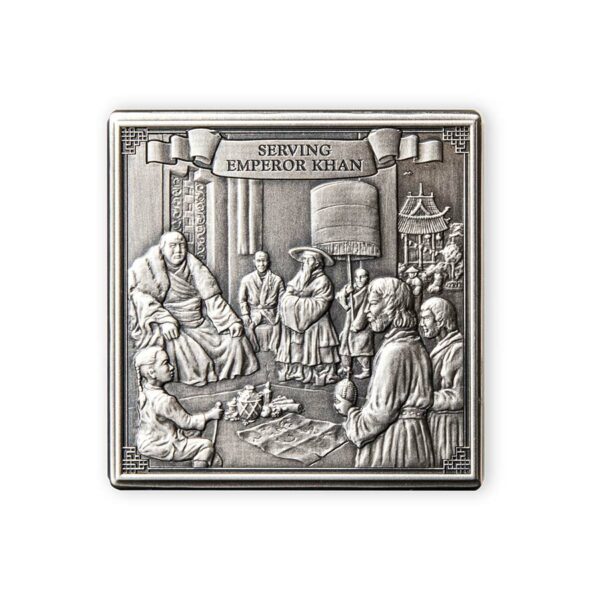 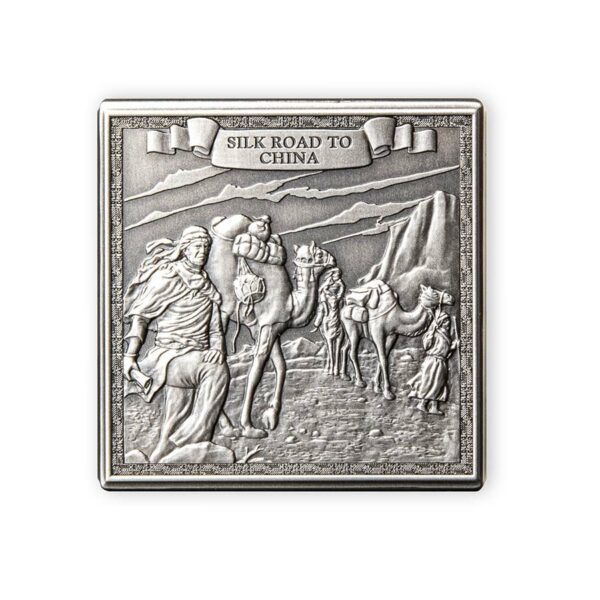 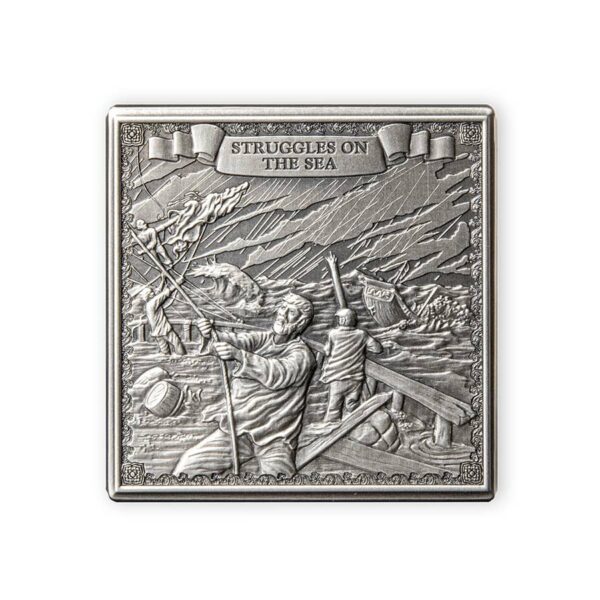 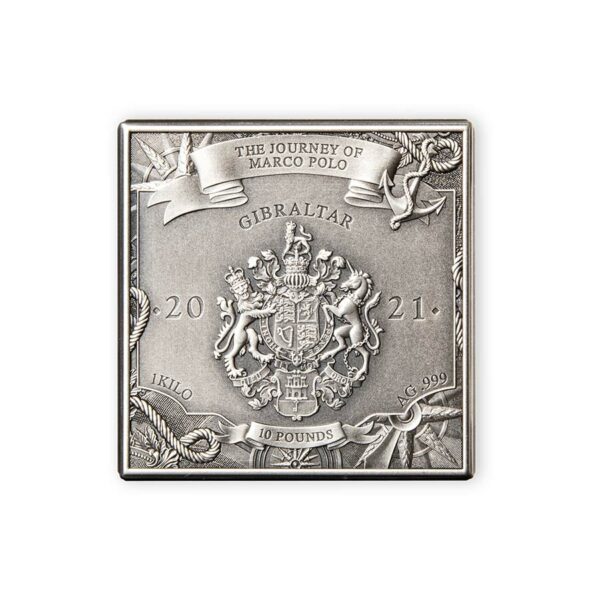 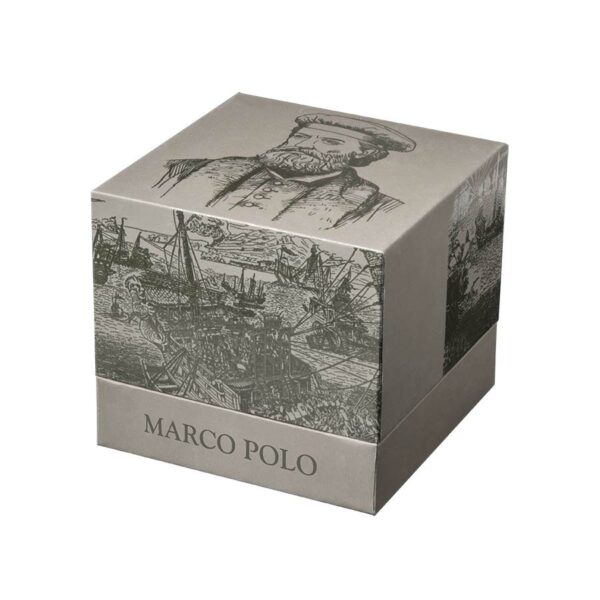 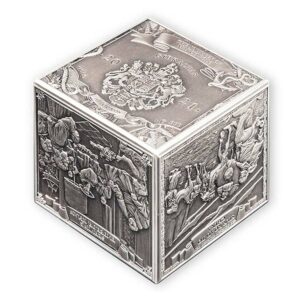 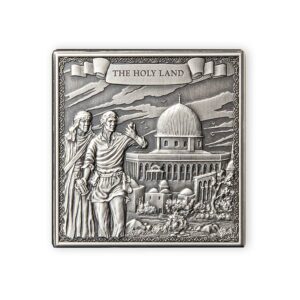 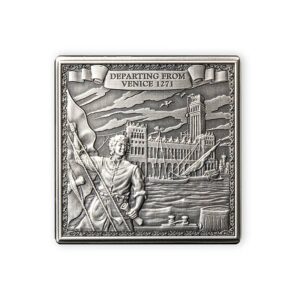 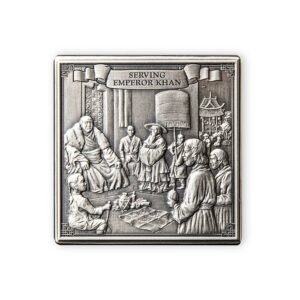 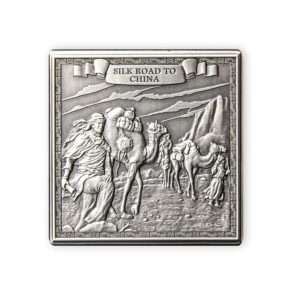 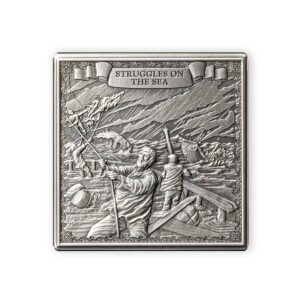 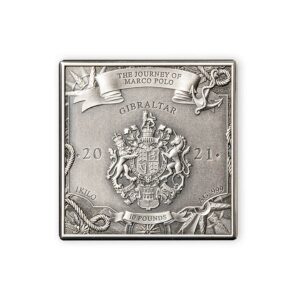 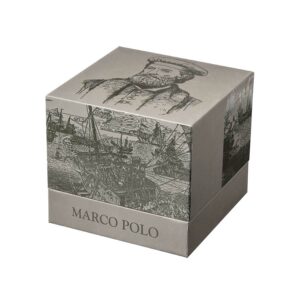 We are pleased to offer a spectacular commemorative coin that pays homage to the incredible life and travels of famed merchant and explorer, Marco Polo.   In order to do such a storied journeyman proper justice, a simple two sided coin was not going to suffice.  Gibraltar has issued a full kilogram, 3D cube coin with 5 different designs for key stations in his life along with a fantastically detailed Coat of Arms on the obverse.

This coin is not only a fascinating presentation of a well documented historical figure but it’s also a masterpiece of artistry, engraving and technological mastery to deliver precision striking to each individual surface.

Marco Polo, who lived from 1254 – January 8–9, 1324 was a Venetian merchant, explorer and writer who travelled through Asia along the Silk Road between 1271 and 1295. His travels are recorded in The Travels of Marco Polo (also known as Book of the Marvels of the World and Il Milione, c. 1300), a book that described to Europeans the then mysterious culture and inner workings of the Eastern world, including the wealth and great size of the Mongol Empire and China in the Yuan Dynasty, giving their first comprehensive look into China, Persia, India, Japan and other Asian cities and countries.