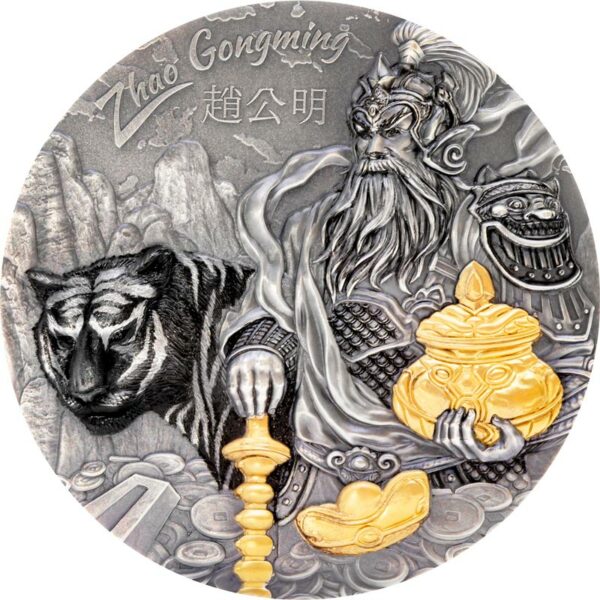 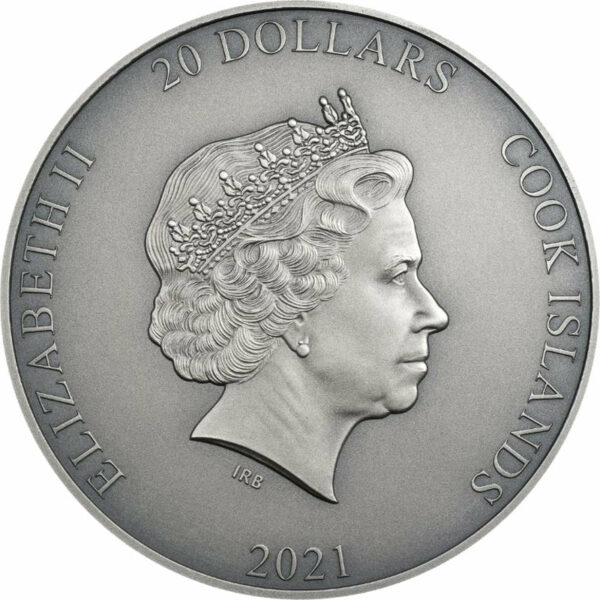 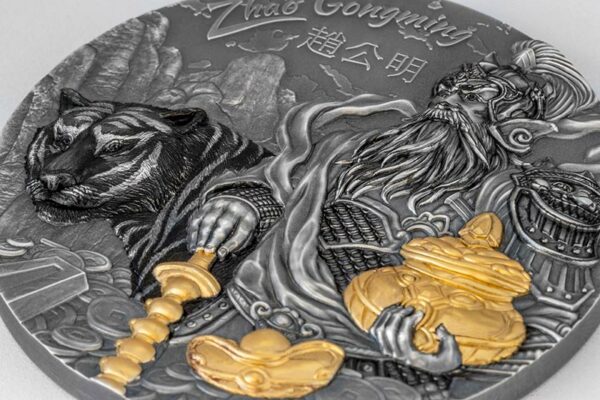 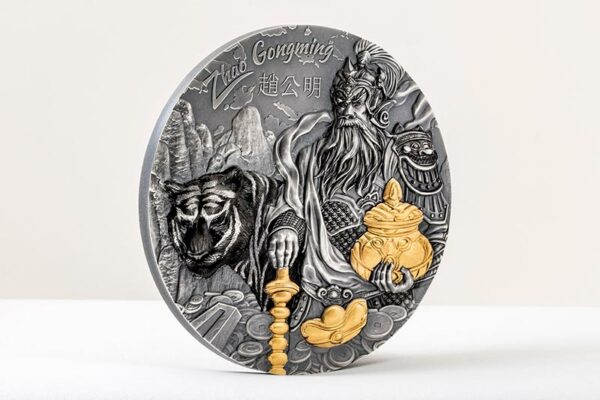 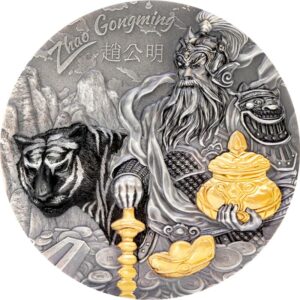 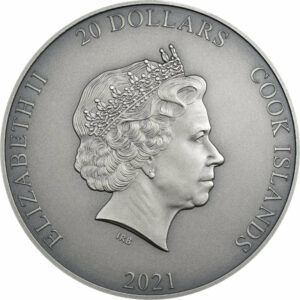 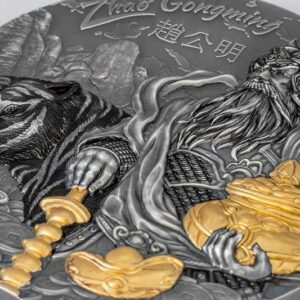 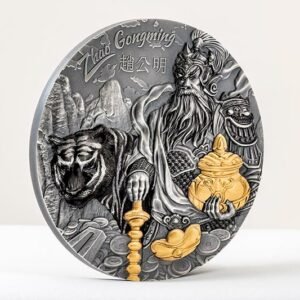 Zhao Gong Ming is the second coin in the Asian Mythology Series from Cook Islands.  It is struck in smartminting high relief further complemented by select gilding, rich color and deep antique finish.

Caishen, the ‘God of Wealth’ is the mythological figure worshipped in the Chinese folk religion and Taoism. He has been identified with many historical figures, viewed as his embodied forms, among whom Zhao Gongming, Fan Li and Bi Gan. A large temple of Caishen has been built in the 2,000s in Zhouzhi, Xi’an, Shaanxi.

Caishen’s name is often invoked during the Chinese New Year celebrations. He is often depicted riding a black tiger and holding a golden rod. He may also be depicted with an iron tool capable of turning stone and iron into gold.