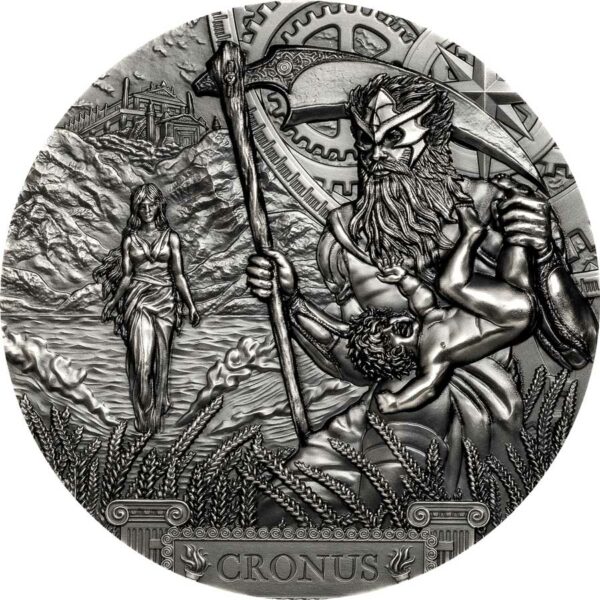 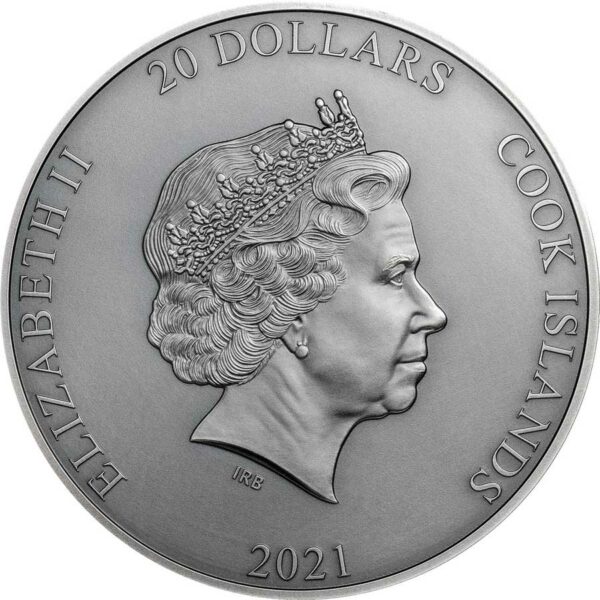 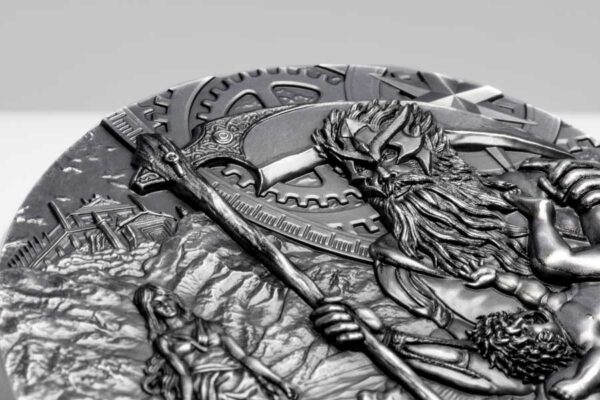 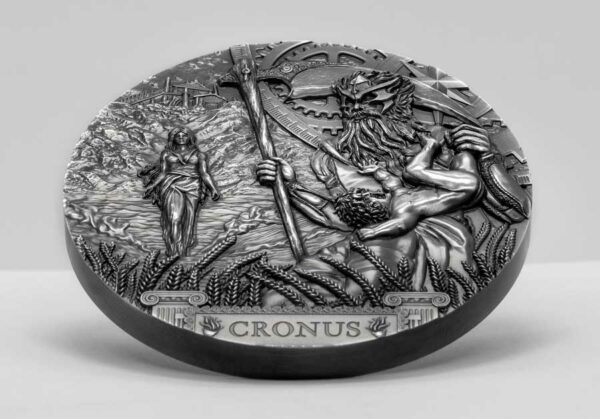 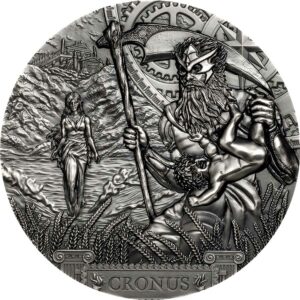 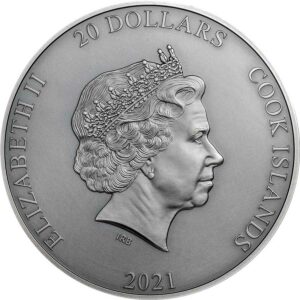 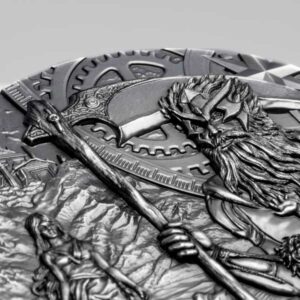 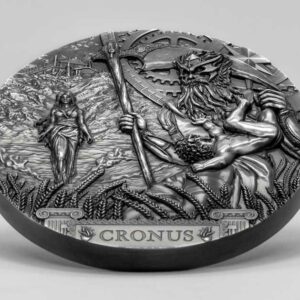 This is the 3rd issue in the popular Titan Series from Cook Islands.  It is struck in smartminting high relief further complemented by a multi-tone antique finish.

The reverse of the coin depicts Cronus, who devoured his children with skin and hair, together with his child Zeus. You can see Aphrodite walking out of the water, from which she was born, with the distinctive Greek architecture in the background. The wheat in the foreground represents the harvest season with the inscription: “CRONUS” (his name) below.

The obverse side of the coin depicts the standard Coat of Arms with Queen Elizabeth II and the inscriptions: “20 DOLLARS” (the face value), “ELIZABETH II” (the name of the Queen), “COOK ISLANDS” (the issuing country) and “2021” (the year of issue).

Cronus is a figure from Greek mythology. He is the youngest of the Titans, son of Ouranos and Gaia. Kronos’ father, Ouranos, who was jealous of all his sons, threw them back into the depths of the earth (Tartaros). Kronos’ mother Gaia wanted revenge and urged Kronos to castrate his father, which Kronos did with a sickle.

He then became ruler in place of his father. He married his sister Rhea, but he didn’t want any of the children from this marriage alive since his parents had predicted that one of those children would take his rule away. As soon as the children were born, he devoured them with skin and hair.