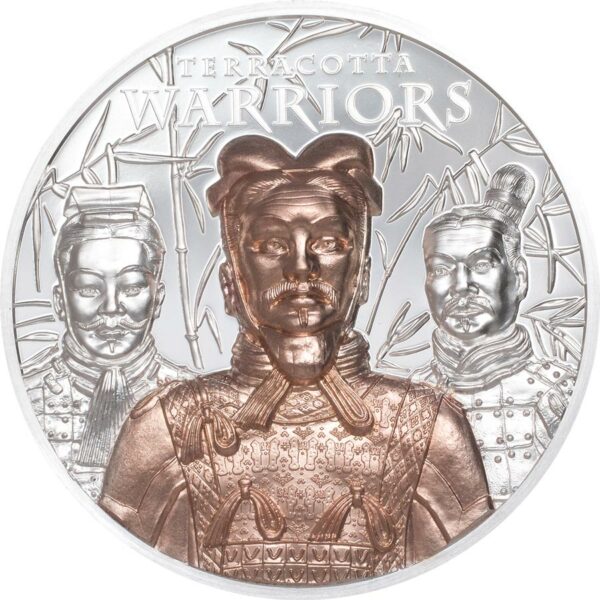 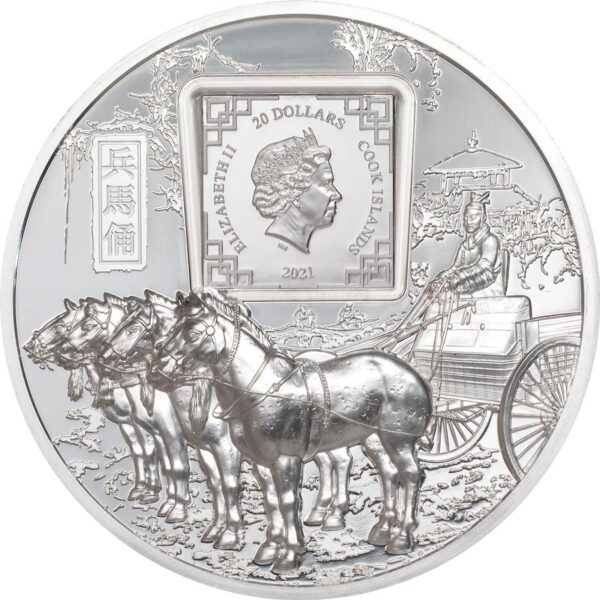 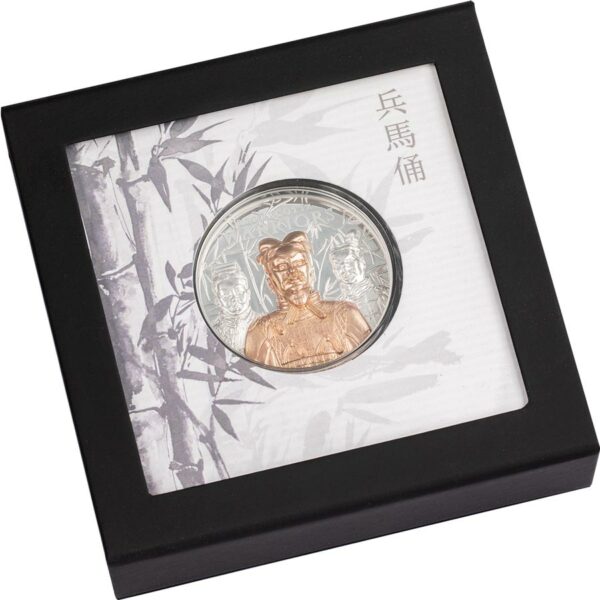 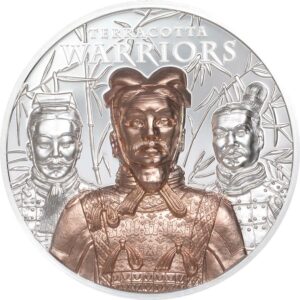 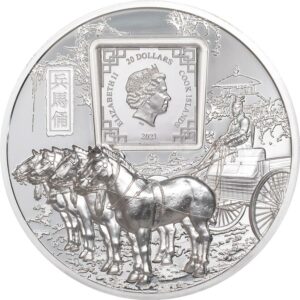 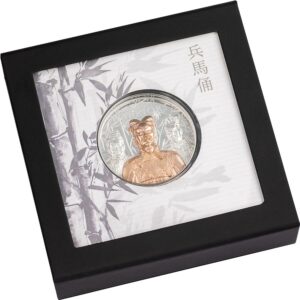 This stunning ultra-high relief 3 ounce .999 silver coin connects the art of the past with the modern numismatic world of today. It features a proof quality strike, incredible design and a motif plated in pure rose gold.

The possibilities of the enhanced smartminting© enables us to utilize ultra-high relief technology to bring these soldiers back to life. These stunning proofs show three impressive soldiers on the reverse. Each soldier displays a unique characteristic and the layering of high relief gives them the depth you would experience if you were standing right next to them! The obverse design shows a carriage that serves as one of the vehicles used for the inspection tour of the emperor in his afterlife.