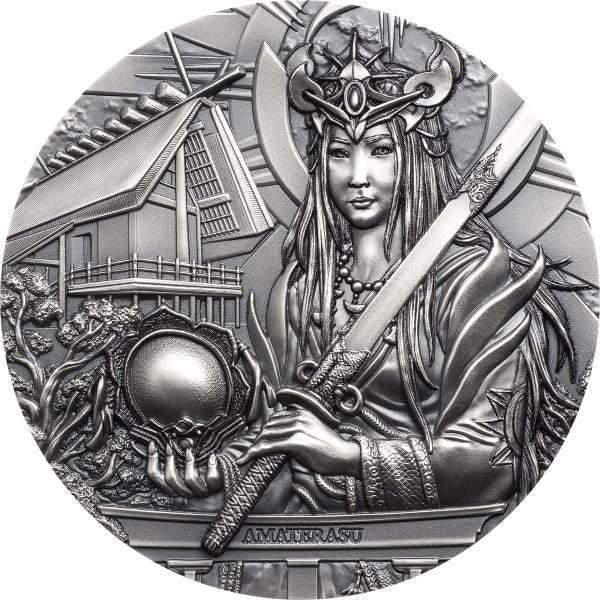 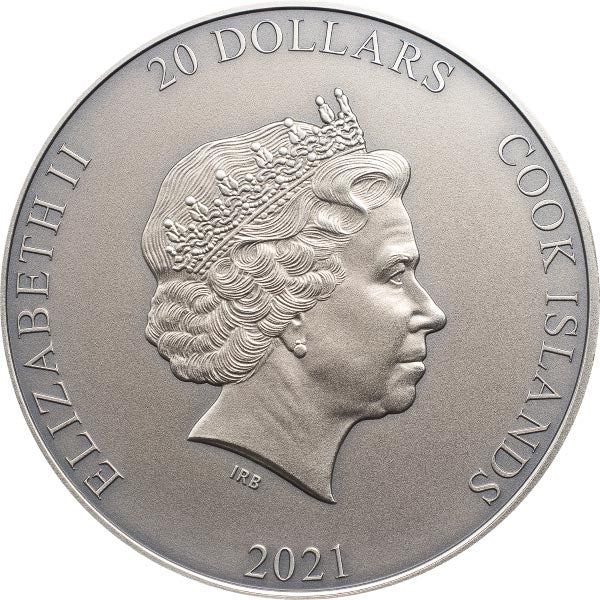 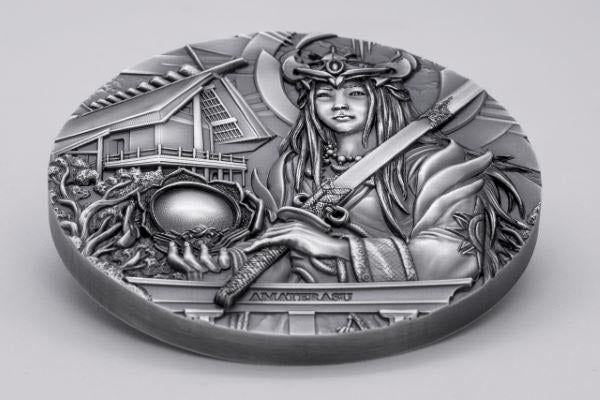 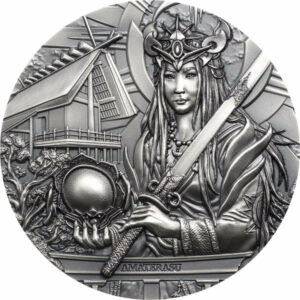 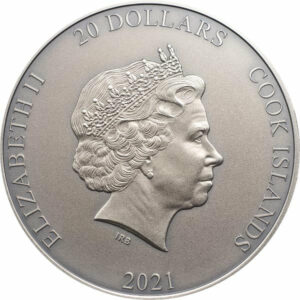 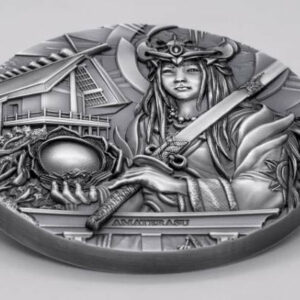 Amaterasu is the 5th coin release in the highly sought after and awarded “Gods” series.  She is the Goddess of the Sun and the Universe in Japanese mythology and she has been minted in 3 ounces of .999 pure silver using the latest in Smartminting technology.  This gives the coin an ultra high relief with the finest detailing possible.

Only 333 pieces worldwide are planned to be released.

Amaterasu, also known as Amaterasu-Omikami or Ohirume-no-Muchi-no-Kami among other names, is the goddess of the sun in Japanese mythology. One of the major deities (kami) of Shinto, she is also portrayed in Japan’s earliest literary texts, the Kojiki (ca. 712 CE) and the Nihon Shoki (720 CE), as the ruler (or one of the rulers) of the heavenly realm Takamagahara and the mythical ancestress of the Japanese imperial house via her grandson Ninigi. Along with her siblings, the moon deity Tsukuyomi and the impetuous storm god Susanoo, she is considered to be one of the “Three Precious Children” (mihashira no uzu no miko / sankishi), the three most important offspring of the creator god Izanagi.

Amaterasu’s chief place of worship, the Grand Shrine of Ise in Ise, Mie Prefecture, is one of Shinto’s holiest sites and a major pilgrimage center and tourist spot. As with other Shinto kami, she is also enshrined in a number of Shinto shrines throughout Japan.

Previous issues in the series:  Shiva Protector of the Universe