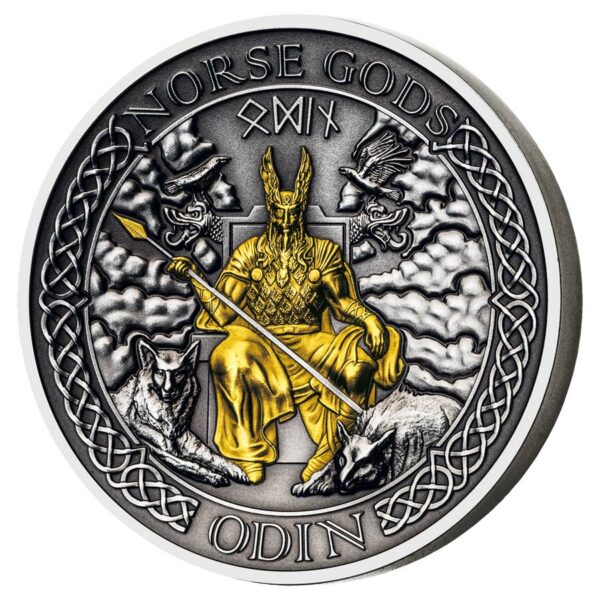 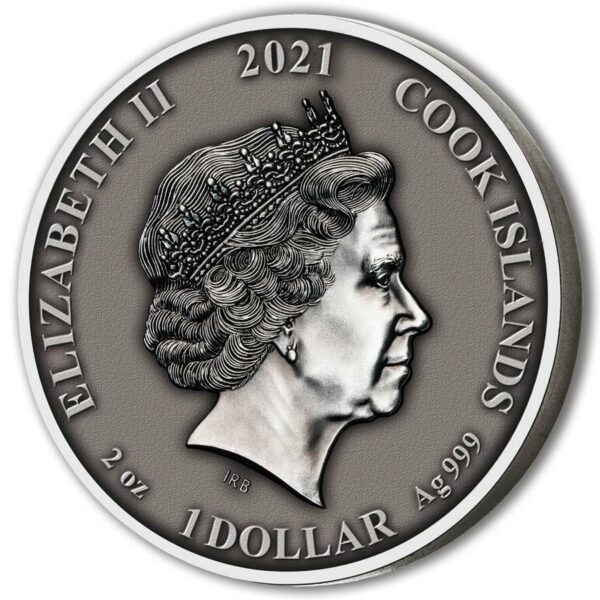 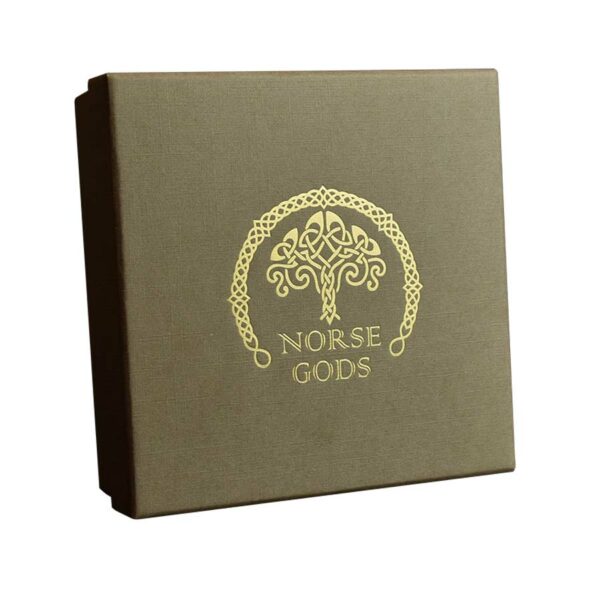 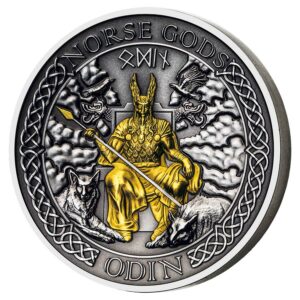 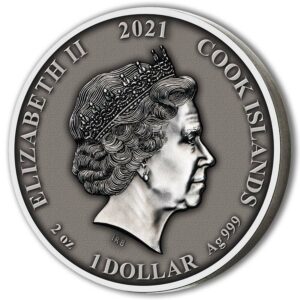 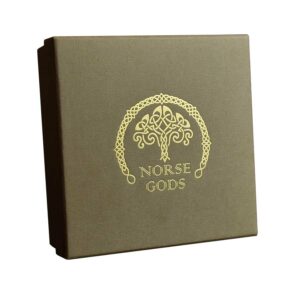 This is the 2nd issue in the Norse Gods Series from Cook Islands and is dedicated to the legendary “Odin”.  It contains 2 ounces of .999 pure silver struck in high relief and further enhanced with select gold plating and deep antique finish.

Contains 2 ounces of .999 fine Silver
Coin delivers in a wood presentation box with a certificate of authenticity
Mintage of only 499 coins worldwide
Sovereign coin backed by Cook Islands

In Germanic mythology, Odin is recognized by many names and is the god of both death and war. Half of the warriors who die in battle are taken to his hall of Valhalla. He is the one-eyed All-Father, who sacrificed his eye in order to see everything that happens in the world.

Odin appears as a prominent god throughout the recorded history of Northern Europe, from the Roman occupation of regions of Germania, the dispersion of peoples during the Migration Period and the Viking Age. In the modern period the rural folklore of Germanic Europe continued to acknowledge Odin. References to him appear in place names throughout regions historically inhabited by the ancient Germanic peoples, and the day of the week Wednesday bears his name in many Germanic languages, including English.