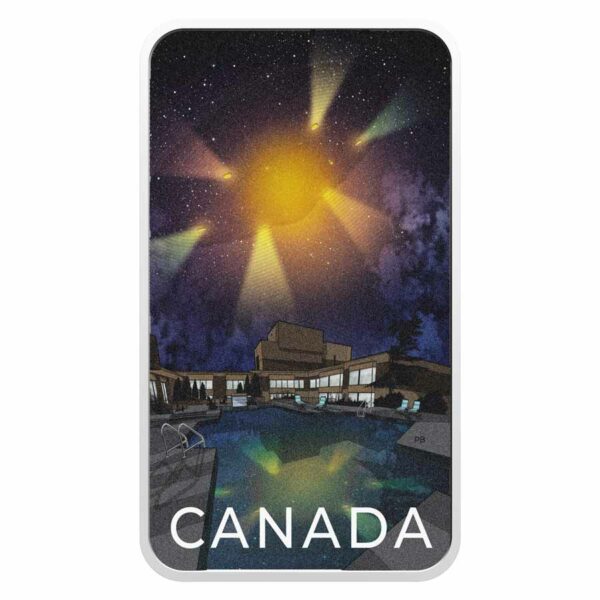 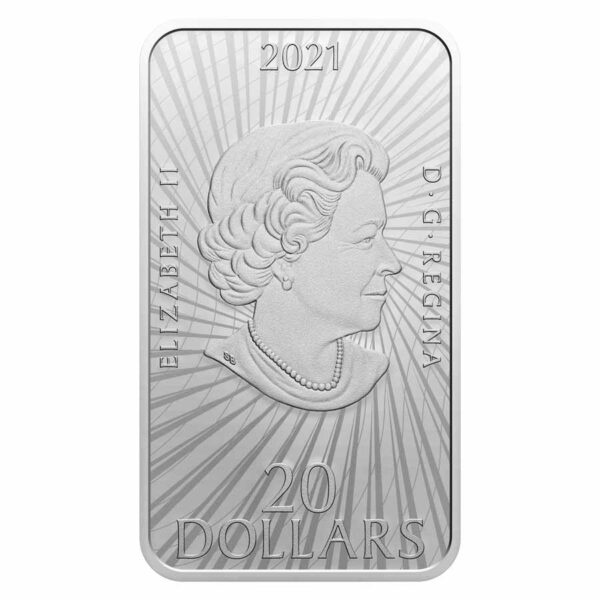 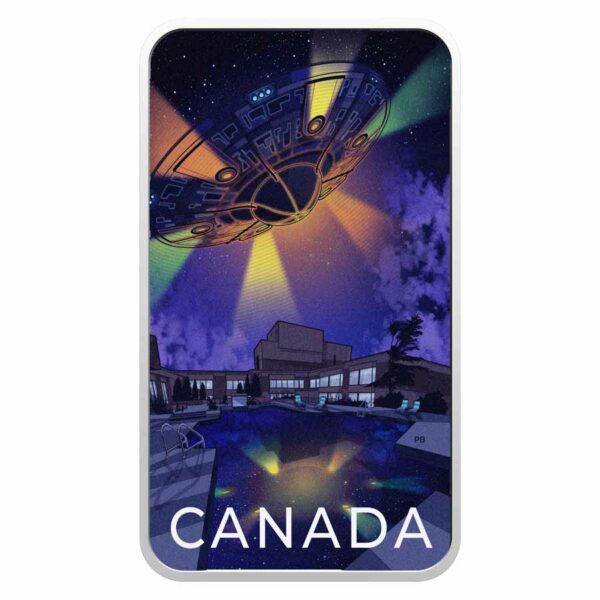 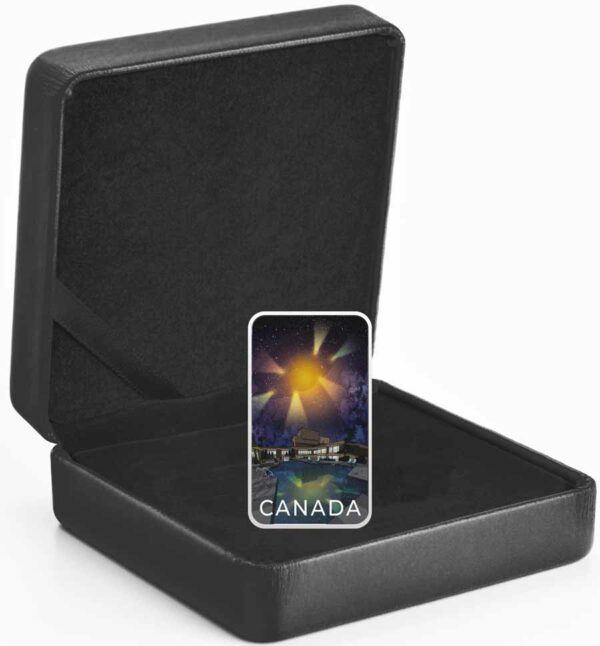 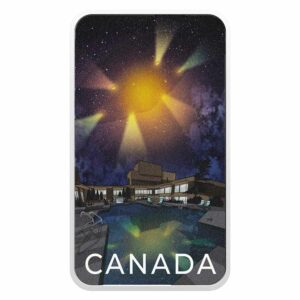 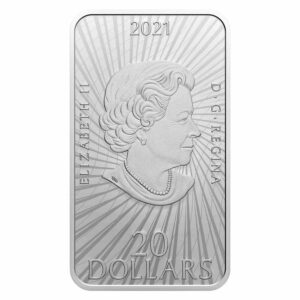 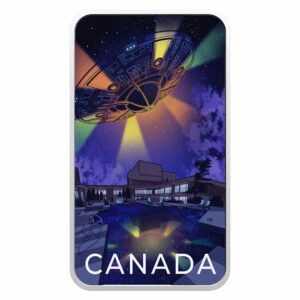 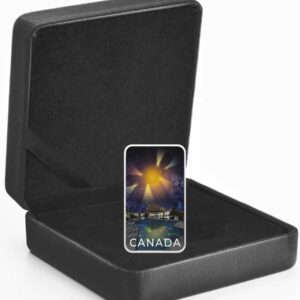 This is the fourth exciting issue in the Unexplained Phenomena Coin Series with black light technology that adds a sci-fi glow to RCM’s depiction of ‘Canada’s Roswell’, UFO events.

A UFO in downtown Montreal?  The story of the Montreal Incident is re-told on the fourth instalment of the Royal Canadian Mint’s wildly popular Canada’s Unexplained Phenomena series.

Its reverse design presents the view from the rooftop pool of the Hotel Bonaventure Montreal, where, on the night of November 7, 1990, multiple witnesses observed a strange object that lit up the night sky – just like the UFO depicted on this 99.99% pure silver coin.

Fresnel beams – a Mint first. On the coin’s reverse, an array of features alters the way the light reflects off the coin, depending on the viewing angle. This engineered Fresnel effect—a first for the Royal Canadian Mint—makes it seem like light moves in, out and across the beams when the coin is tilted.

This is the fourth coin in a series that brings you some of Canada’s most fascinating tales of unexplained phenomena.

Includes a flashlight that activates the black light paint technology embedded in this color-over-engraved design.

One of the most popular RCM themes with all previous coins in the series sold out.

Only 5,000 coins in total production.