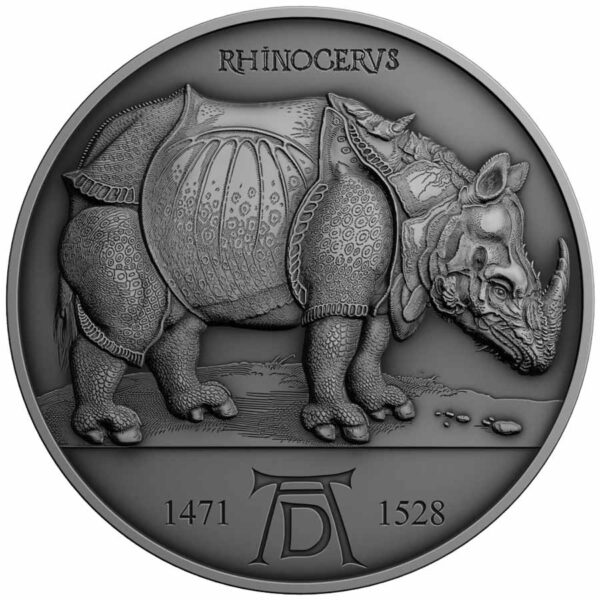 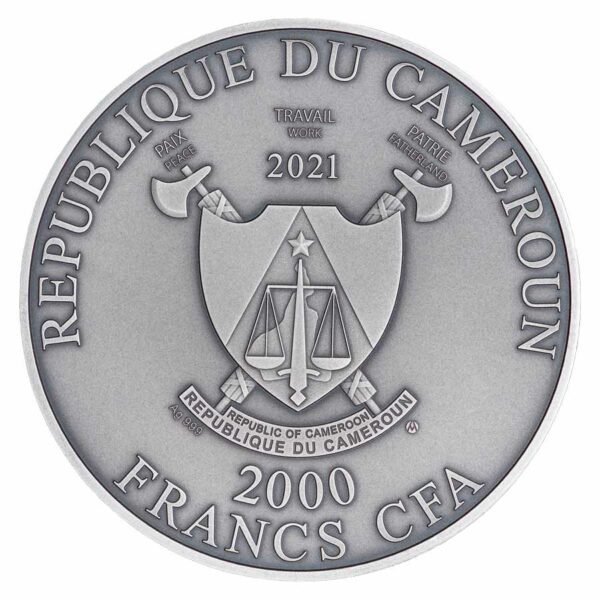 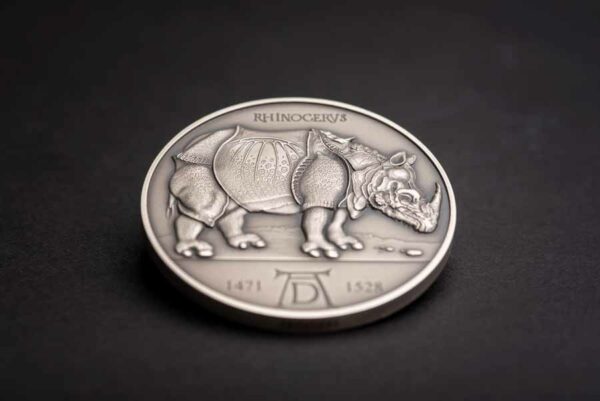 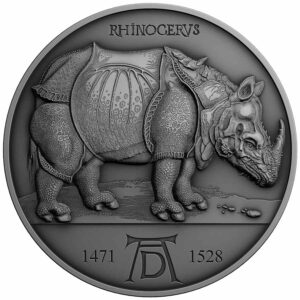 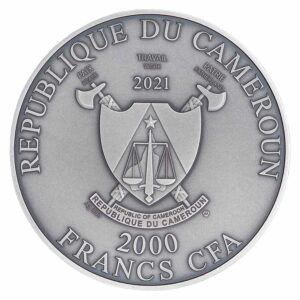 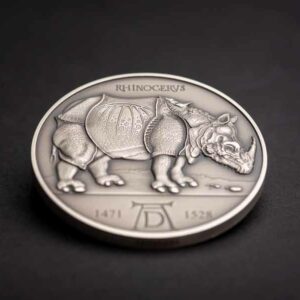 On the occasion of the 550th birth anniversary of Albrecht Durer (1471-1528), we are pleased to present this stunning and ultra low mintage silver coin that portrays a masterpiece from this renowned artist.

The Rhinoceros is the name commonly given to a woodcut executed by German painter and printmaker Albrecht Durer in 1515. The image is based on a written description and brief sketch by an unknown artist of an Indian Rhinoceros that had arrived in Lisbon in 1515. Durer never actually saw the Rhinoceros, which was the first living example seen in Europe since Roman times.

In late 1515, the King of Portugal, Manuel I, sent the animal as a gift for Pope Leo X, but it died in a shipwreck off the coast of Italy in early 1516. A live rhinoceros was not seen again in Europe until a second specimen, named Abada, arrived from India at the court of Sebastian of Portugal in 1577.

Durer’s woodcut is not an entirely accurate representation of a rhinoceros. He depicts an animal with hard plates that cover its body like sheets of armor, with a gorget at the throat, a solid-looking breastplate, and what appear to be rivets along the seams. He places a small twisted horn on its back and gives it scaly legs and saw-like rear quarters. None of these features is present in a real rhinoceros, although the Indian rhinoceros does have deep folds in its skin that can look like armor from a distance.

Despite its anatomical inaccuracies, Durer’s woodcut became very popular in Europe and was copied many times in the following three centuries. It was regarded by Westerners as a true representation of a rhinoceros into the late 18th century.