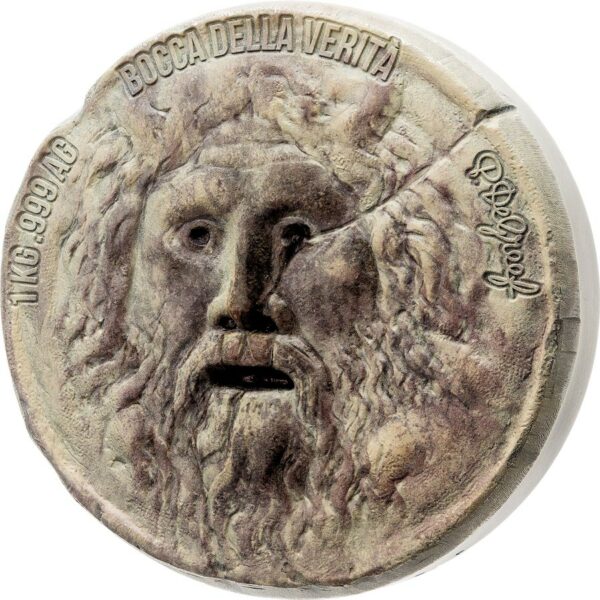 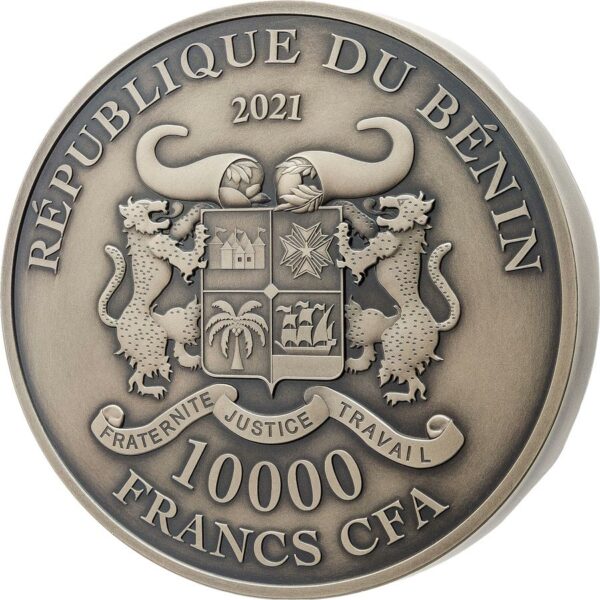 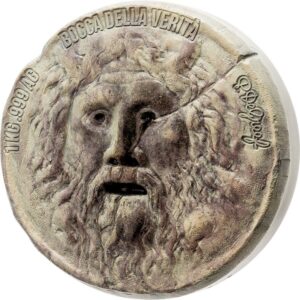 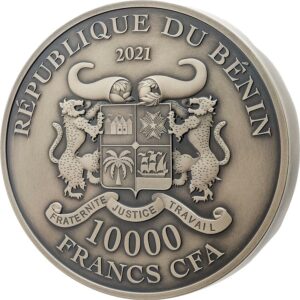 The artisans at P. de Greef in Belgium have done it again with this centerpiece numismatic marvel that is dedicated to the “Bocca della Verita” or Mouth of Truth Marble Mask,  a massive sculpture that resides in the Cosmedin Church in Rome, Italy.

The massive marble mask weighs about 1300 kilos and is thought to depict the face of the sea titan god Oceanus. Historians aren’t quite certain what the original purpose of the disc was. It was possibly used as a drain cover in the nearby Temple of Hercules Victor, which had an oculus – a round open space in the middle of the roof, similar to that of the Pantheon.