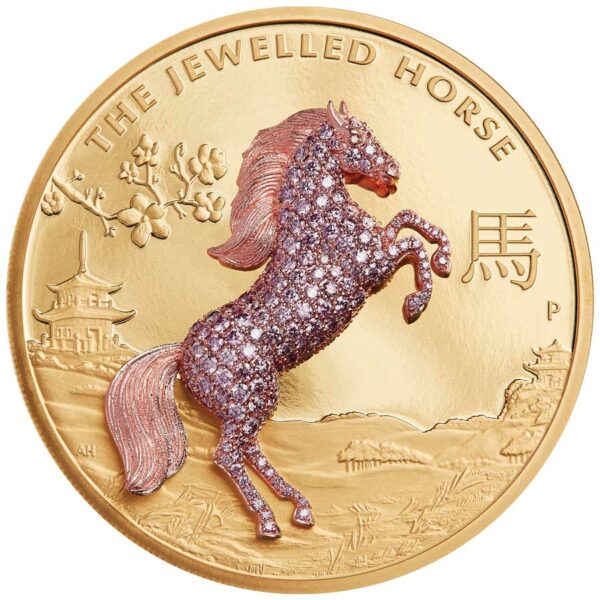 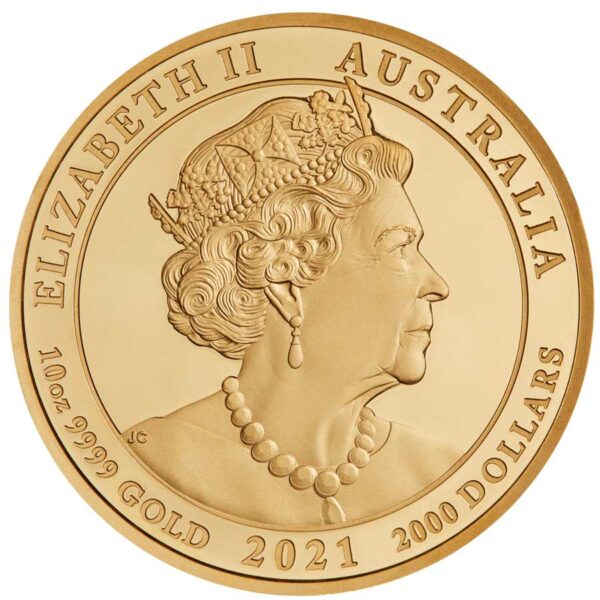 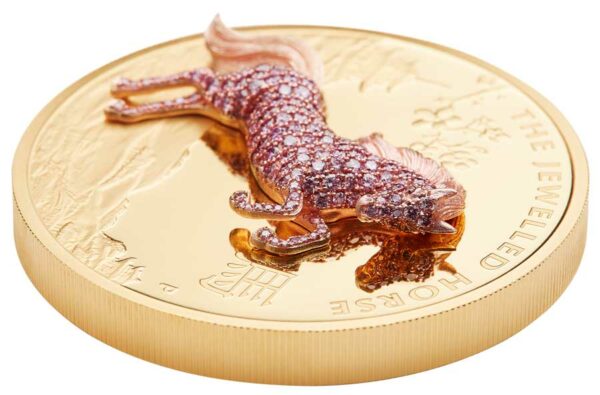 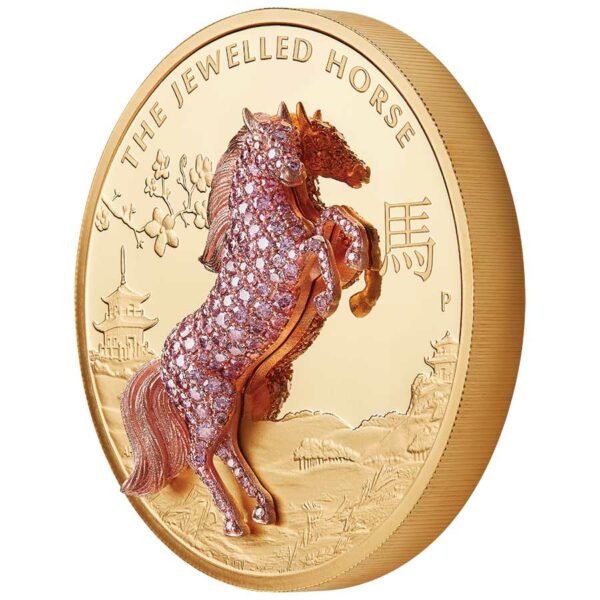 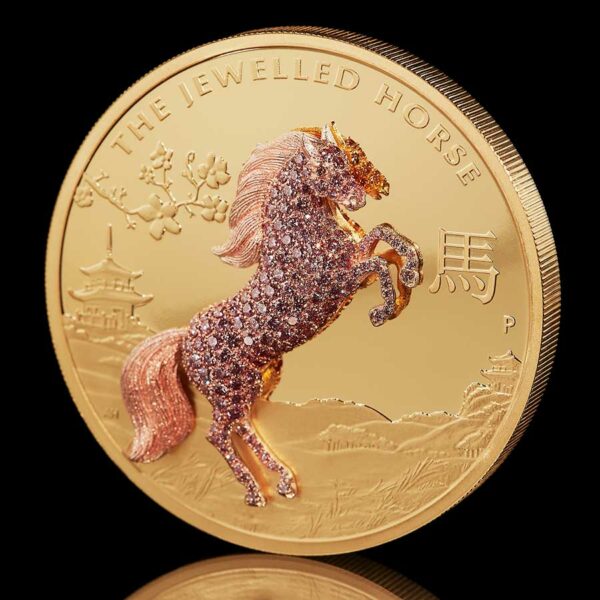 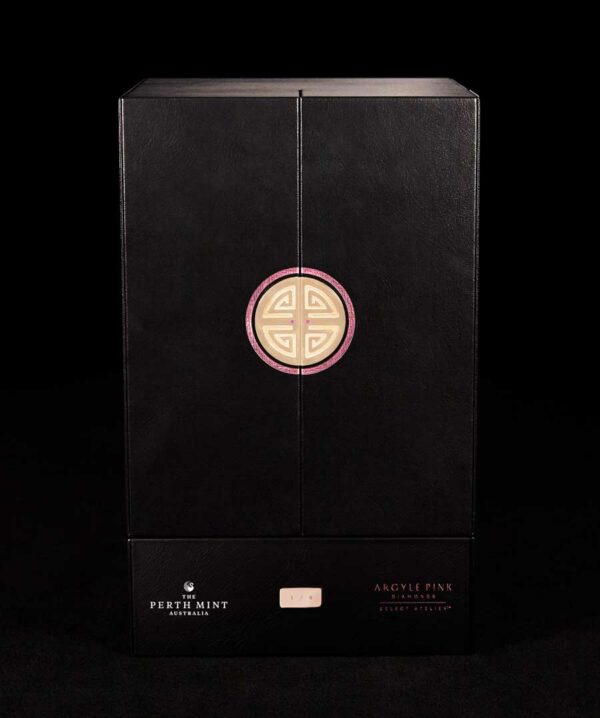 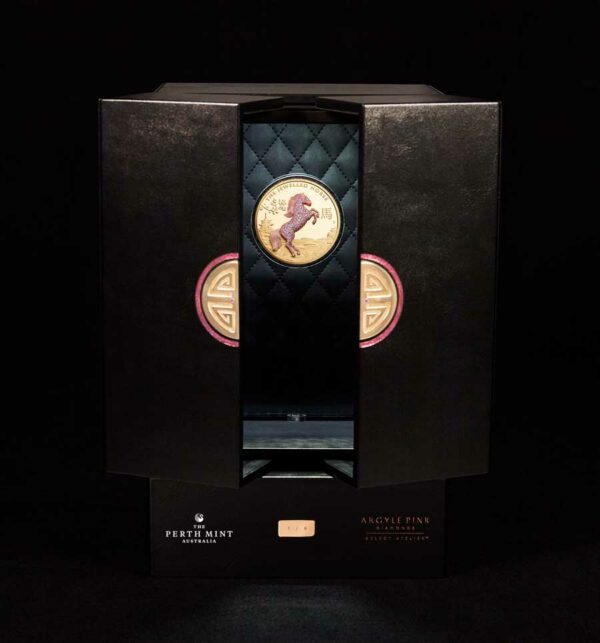 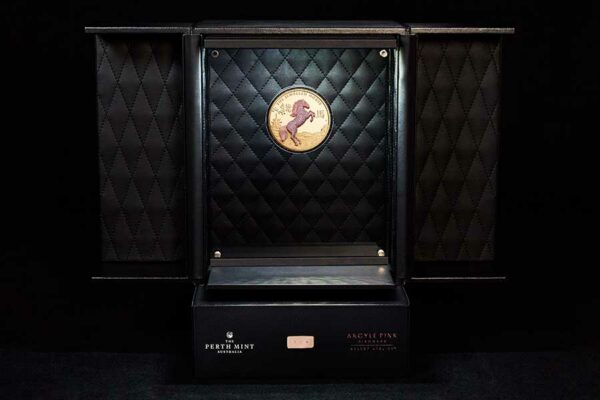 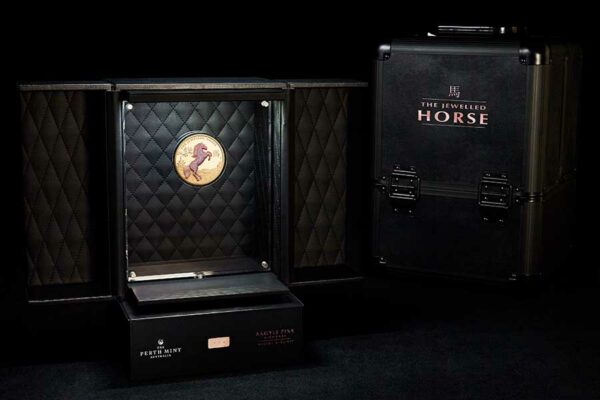 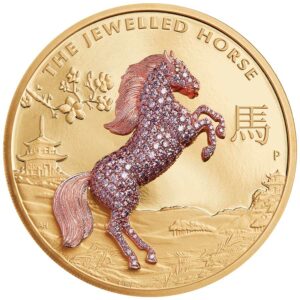 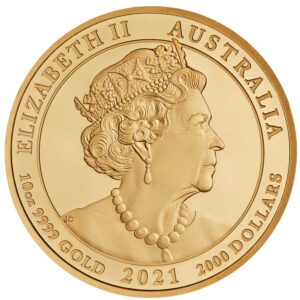 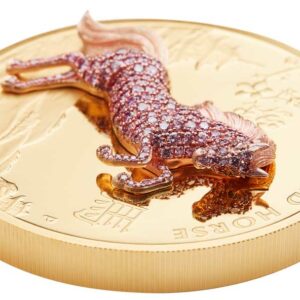 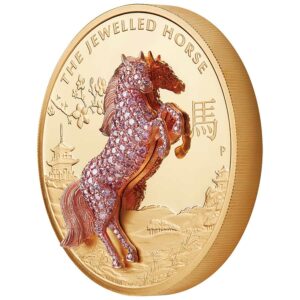 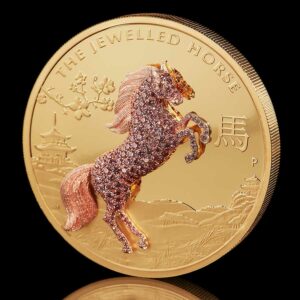 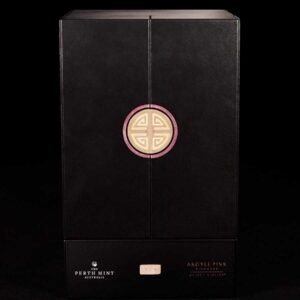 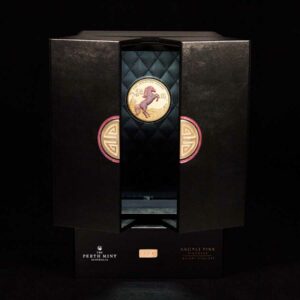 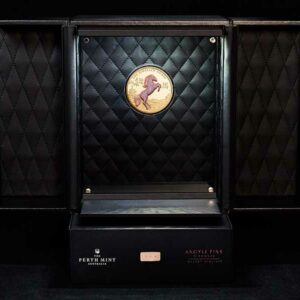 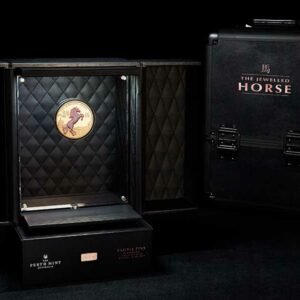 The Perth Mint is delighted to present The Jewelled Horse, an exceptional collectable showcasing rare and spectacular treasures from two Western Australian icons – Argyle Pink Diamonds and The Perth Mint.

Struck from 10oz of 99.99% pure gold in proof quality, the coin is surmounted by a dazzling three-dimensional representation of a rearing horse made from 18-carat rose gold.

Each coin is issued as Australian legal tender under the Australian Currency Act 1965.

Featured in many mythological stories and one of 12 auspicious animals in the ancient lunar calendar, the horse has played a potent role in Chinese culture for millennia. Often credited with the invention of the harness and stirrups, China first domesticated the horse many thousands of years ago. Pulling chariots and carrying combat riders into battle, it played an important military role in helping to protect the Middle Kingdom from barbarian raids.

Symbolizing vitality, speed, courage, nobility and power, the horse has frequently been celebrated in art, noticeably the black ink wash painting style dating from the Tang dynasty. The horse represents one of the most recurrent animal themes in Chinese culture to this day.

The coin’s reverse artistry includes a branch of Jasmine flowers and undulating countryside with nearby hills topped by pagodas. As well as the Chinese character for horse, which is derived from a pictogram of a standing horse with a flowing mane, it also incorporates the inscription THE JEWELLED HORSE and The Perth Mint’s traditional ‘P’ mintmark.

Issued as Australian legal tender under the Australian Currency Act 1965, the coin bears the Jody Clark effigy of Her Majesty Queen Elizabeth II, weight and fineness, 2021 year-date and monetary denomination on its obverse.

The Jewelled Horse is presented in prestigious packaging including a robust carry case which opens to reveal a magnificent luxury display case, in which the coin is housed.

The coin rests within a perspex panel that rotates 360 degrees and is illuminated by a row of lights to maximize the effect of the glittering diamonds.

The doors of the display case feature two 18-carat gold plates with an Argyle pink diamond on each side. The case also features an individually numbered 18-carat rose gold plaque, which corresponds to the Certificate of Authenticity.