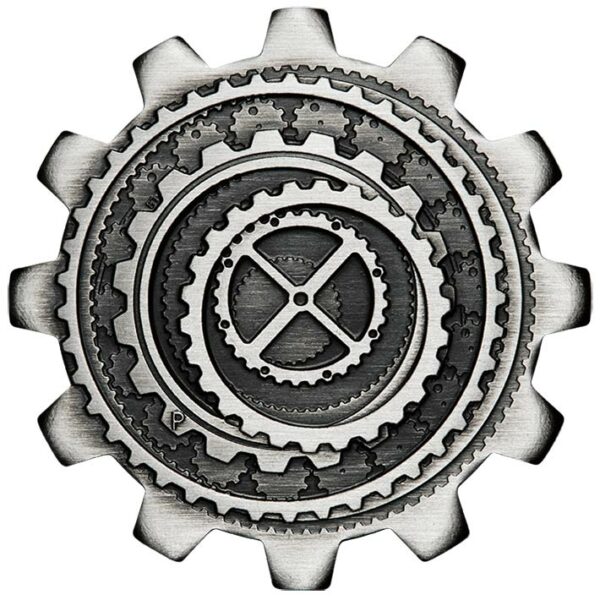 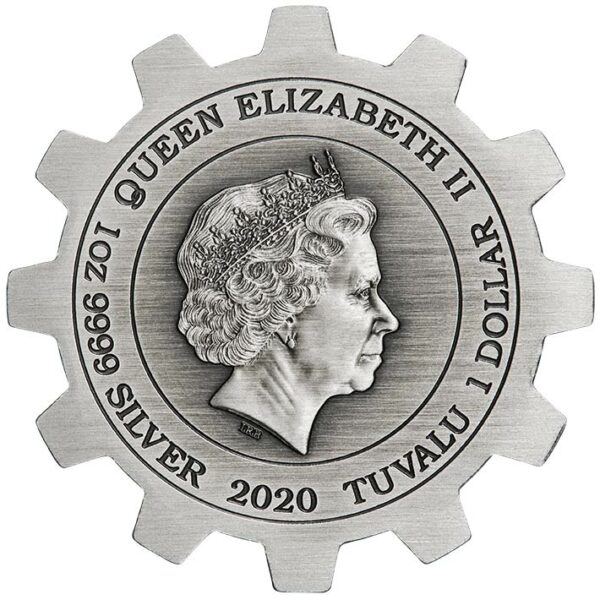 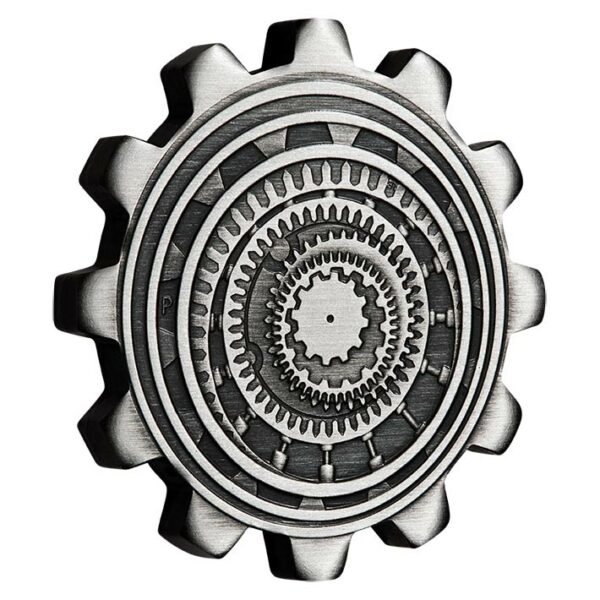 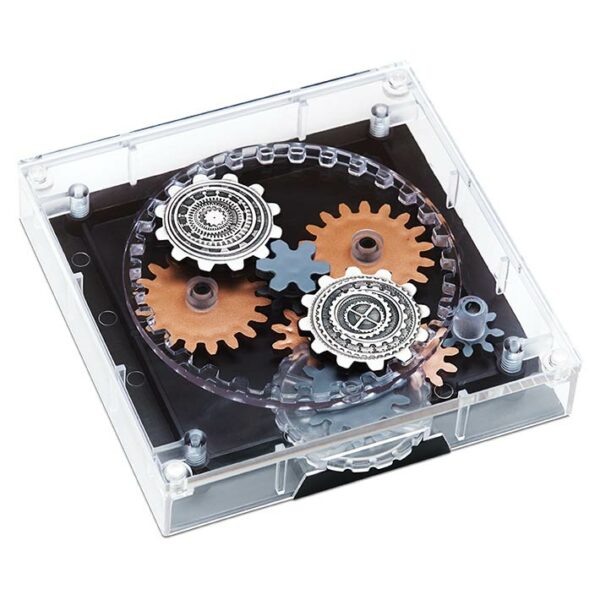 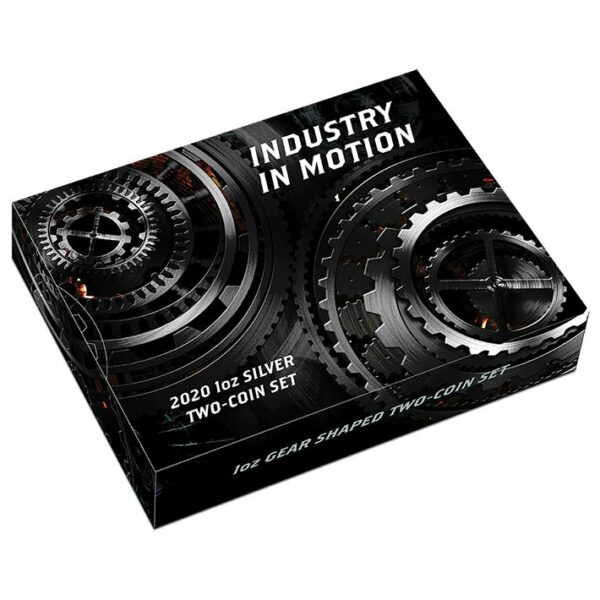 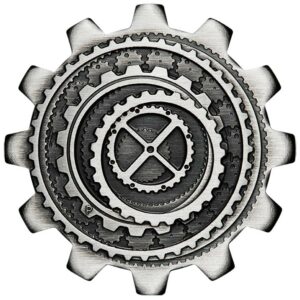 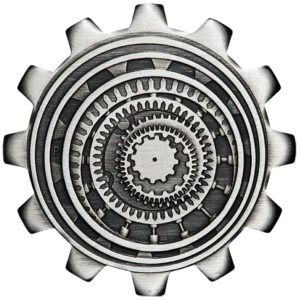 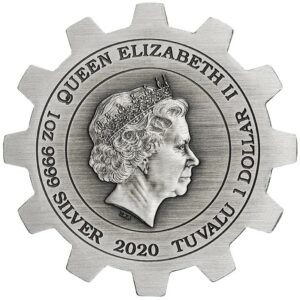 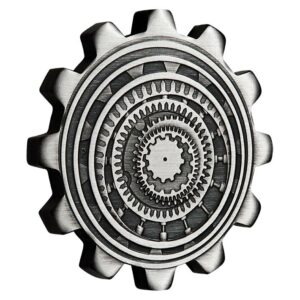 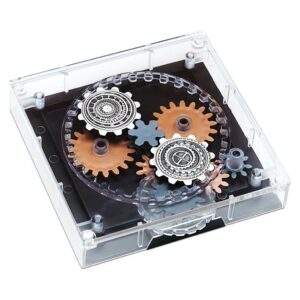 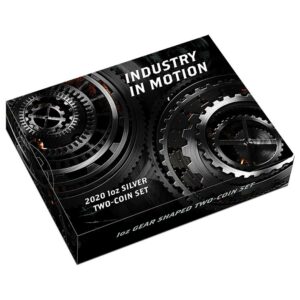 This Industry in Motion two-coin set celebrates the evolution of industry and machinery. Struck by The Perth Mint from 1 ounce of 99.99% pure silver, each innovative gear-shaped coin is issued as legal tender of Tuvalu.

The cogwheel, also known as a cog or gear, was a device fundamental to the development of machinery. The rotating machine part with cut teeth is considered one of the oldest pieces of equipment known to man, dating back to before the ancient Greeks. It was first referenced by mathematicians and engineers including Aristotle as early as the 4th century BCE.

The cog was one of several mechanical components that truly came into their own during the Industrial Revolution. In 1835 the English inventor Joseph Whitworth patented the first gear ‘hobbing’ process to cut spiral gears, generating for the first time these ‘in-volute’ gears commercially. This led to the invention of hobbing machines capable of cutting gears as advancements in industry continued into the 20th century. Synonymous in the modern world with engineering, progression and history, the gear has become an icon of industry.

The Perth Mint will release no more than 1,500 of the 2020 Industry in Motion Two-Coin Collections.

Each coin has been individually ‘antiqued’ to give it a unique finish conveying the surface abrasions of an industrial artifact. As a result of this treatment, the appearance of each coin may vary.

The reverse of each gear-shaped coin depicts several toothed cogs ascending in size from the center of the coin.

Each coin’s obverse bears the Ian Rank-Broadley effigy of Her Majesty Queen Elizabeth II, the year-date, weight and purity, and monetary denomination.

The two-coin set is presented in a deluxe acrylic case with a mechanism to rotate the coins. The case sits within a themed shipper and is accompanied by a numbered Certificate of Authenticity.