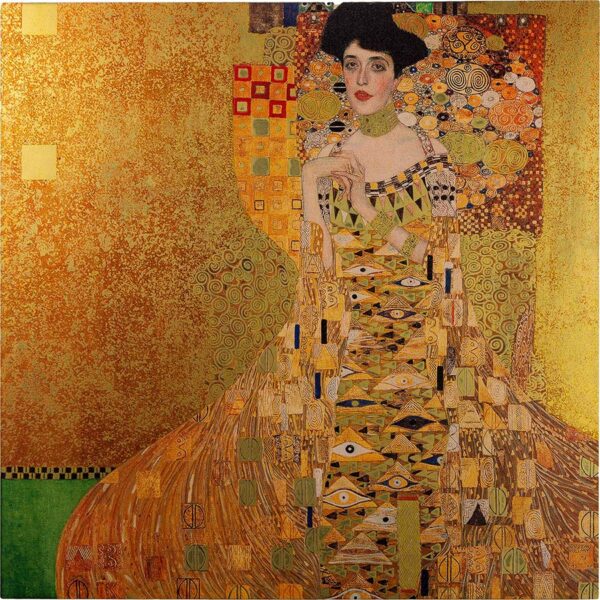 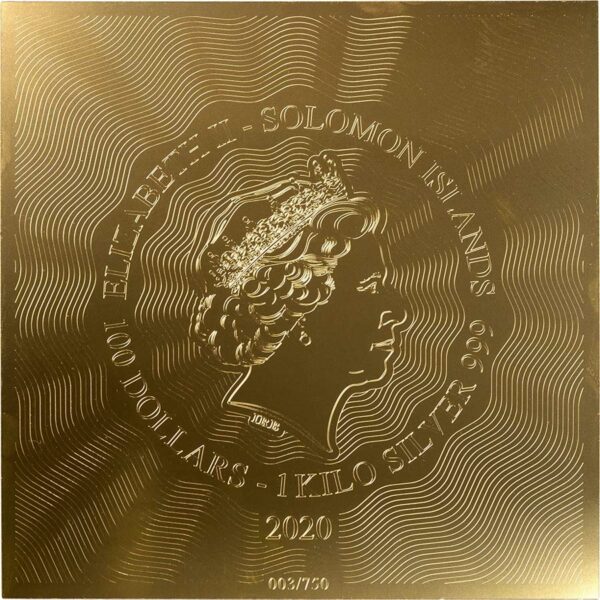 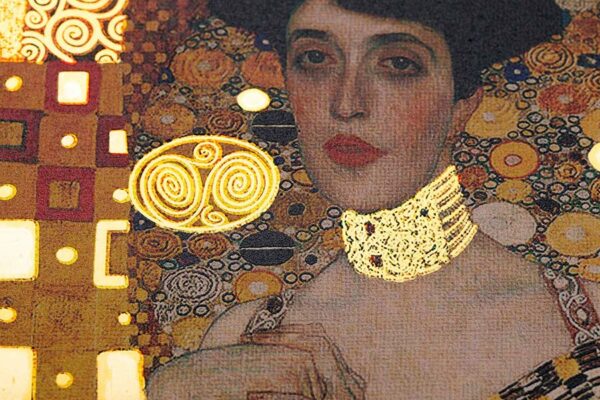 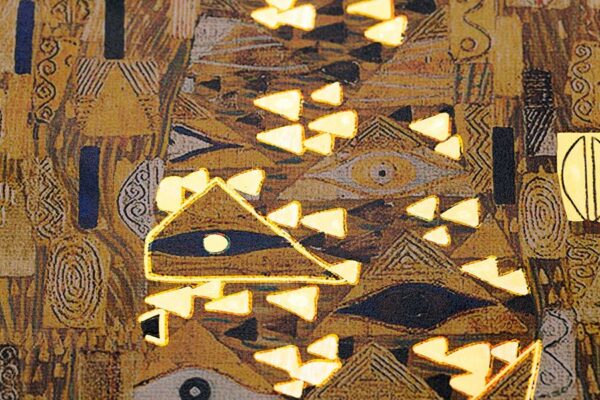 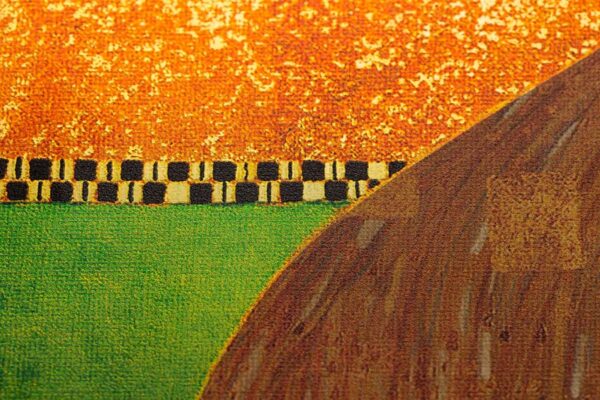 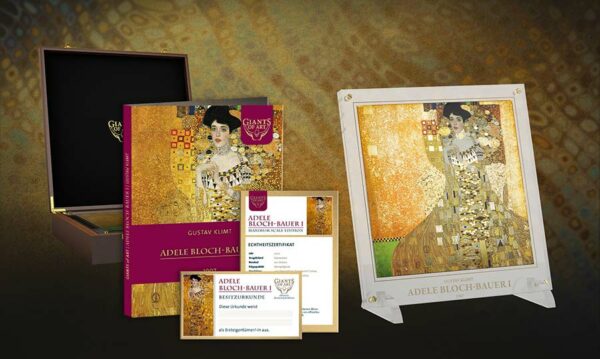 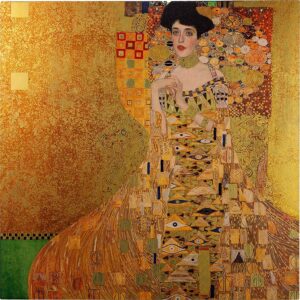 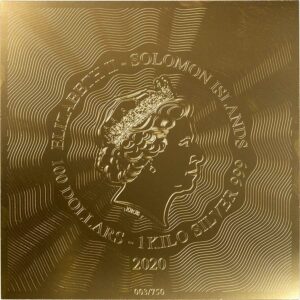 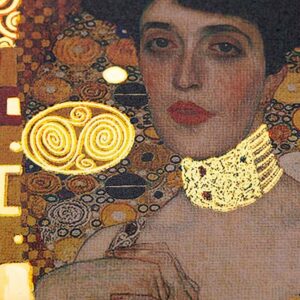 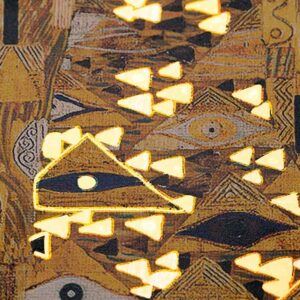 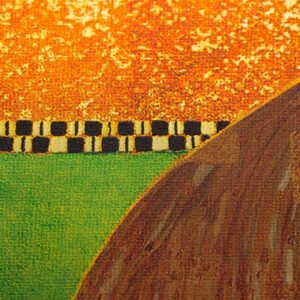 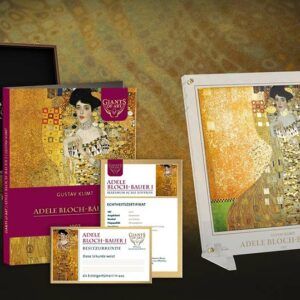 This is the breathtaking Giants of Art rendition of Gustav Klimt’s Adele Bloch-Bauer and it’s brought to you as a legal tender issue of Solomon Islands.

The portrait of Adele Bloch-Bauer is considered the final and most fully representative work of Gustav Klimt’s golden phase and it took the mint more than 2 years to bring the complex original painting onto a coin.

The mint master and the engravers used a unique combination of different finishing techniques to achieve this. The result shows that it was worth the effort, with a giant silver kilo coin shining in splendor.

Interesting fact: It took Klimt 3 years to complete the original painting, which is comprised of oil and gold, on a canvas print.

As the son of a gold engraver, the relationship between art, craftsmanship and decoration was a constant for Gustav Klimt, who was born in Baumgarten near Vienna on 14 July 1862. After training at the Vienna School of Arts and Crafts, he opened an artists’ studio together with his brother Ernst and colleague Franz Matsch. Their main area of interest was decorating rooms with murals and ceiling paintings. When Klimt’s undisguisedly erotic designs for the ceiling paintings at Vienna University were rejected, this caused a rift between them. After the scandal surrounding these so-called “faculty pictures”, Klimt never accepted a public contract again. Klimt also broke with the conservative concept of art held by existing artists’ unions. Along with other progressive creative artists, he founded the Viennese Secession in 1897, becoming its first president. This community formed the nucleus of Art Nouveau and Klimt was its most famous proponent.

The “Adele Bloch-Bauer I” depicts Klimt’s masterpiece larger than ever before on a coin: the coin bar measures a gigantic 275 x 275 mm and is made from one kilo of pure silver. Perfecting a technique for minting and finishing has allowed the motif to be transferred smoothly onto a single enormous silver bar without any joints whatsoever.

The aim of the mint‘s master engravers was to reproduce Klimt’s sensitive portrait of Adele Bloch-Bauer with all its subtle details as authentically as possible. To achieve this, they used a unique combination of different finishing techniques. First, the entire coin is primed with an application of pure gold – the largest ever applied to a coin. The background to the image was subsequently finished with a Translucent Colour Application, through which the gold base shines.

The Color Application makes it possible to reproduce Adele Bloch-Bauer’s dress, mantle and face completely true to the original. This finishing technique was further refined for the face, décolletage and hands in the “Golden Adele”. The end result of these complex finishes is breathtakingly beautiful.