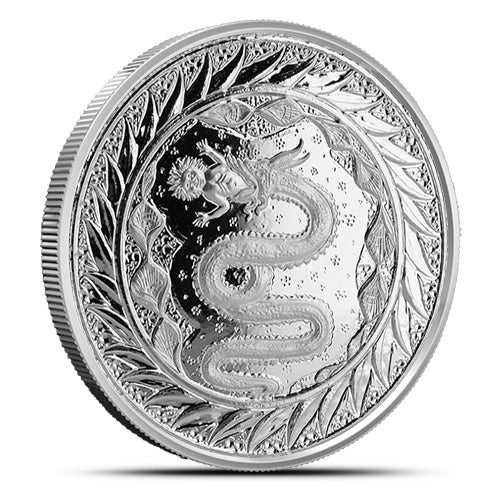 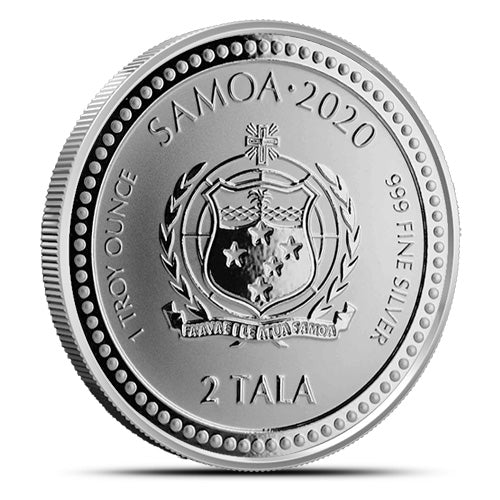 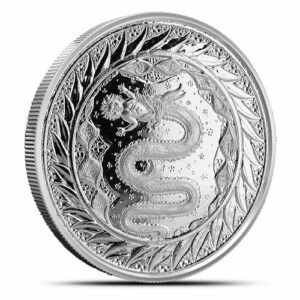 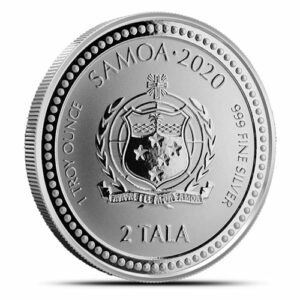 We’re pleased to present the 2020 Samoa Serpent of Milan Silver Coin.  On the reverse is the image of the House of Visconti Seal.  The design focuses on the slithering serpent as it consumes a small child. In a design twist unique to this series, the scales along the back of the snake form a ring around the broader design element.

The obverse face bears the coat of arms for Samoa. The image depicted here has a cross-hatched background of concentric circles with olive leaves flanking around the design. The emblem is known broadly as the Christian cross due to the cross featured above the shield. The shield has the Southern Cross constellation in the lower two-thirds of the crest, with waves and a palm tree in the upper third of the crest.

Mintage limited to just 15,000 pieces and orders of 5 deliver in a mint branded and sealed sheet.