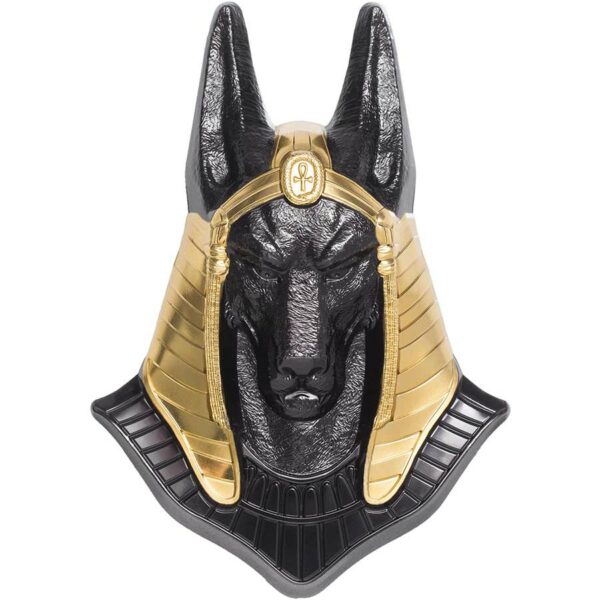 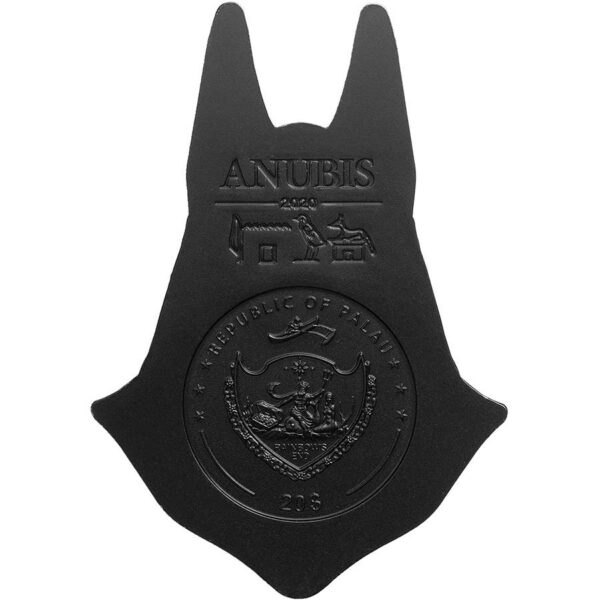 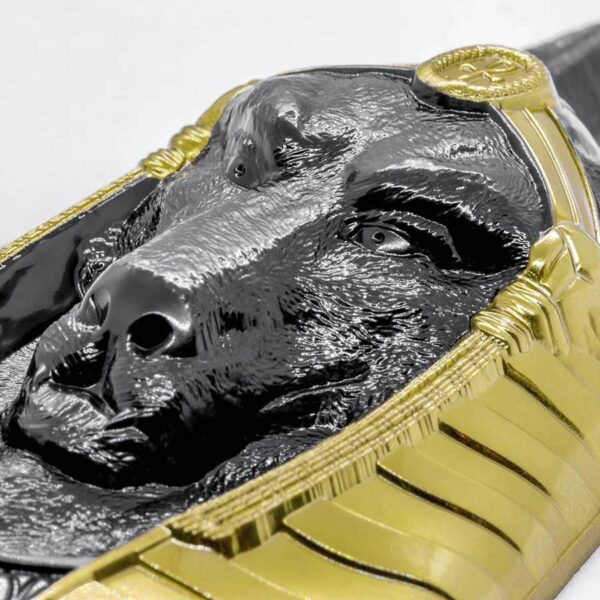 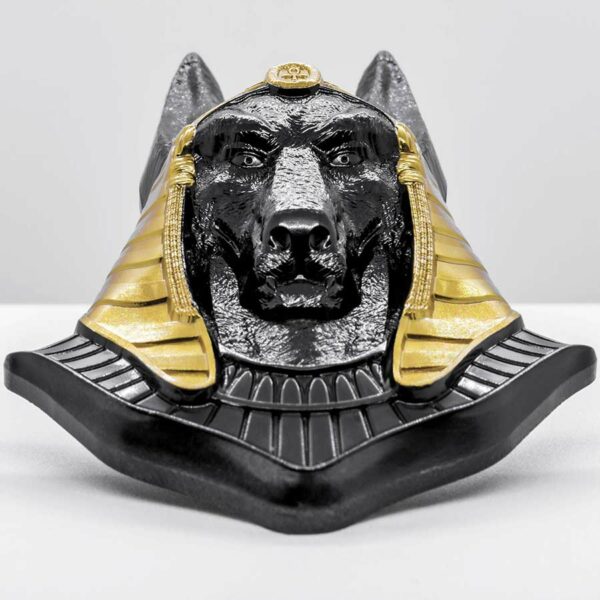 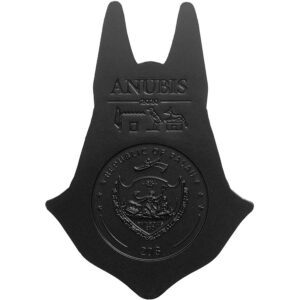 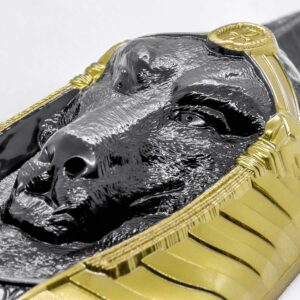 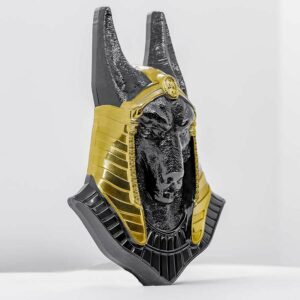 This is the 3rd release in the highly sought after Egyptian Art 3D series.  With another incredible ultra high relief shaped silver coin and again a recognized historical figure, the God Anubis i is now available for enthusiasts of Ancient Egyptian collectibles.

This amazing coin is struck from 3 ounces .999 pure silver with just 333 pieces in total production.  It is also gilded in .999 pure gold along with a unique black obsidian coating.

Anubis or Inpu, Anpu in Ancient Egyptian is the Greek name of the god of death, mummification, embalming, the afterlife, cemeteries, tombs, and the Underworld, in ancient Egyptian religion, usually depicted as a canine or a man with a canine head. Archeologists have identified Anubis’s sacred animal as an Egyptian canid, the African golden wolf. Anubis was depicted in black, a color that symbolized regeneration, life, the soil of the Nile River, and the discoloration of the corpse after embalming. Anubis is associated with his brother Wepwawet, another Egyptian god portrayed with a dog’s head or in canine form, but with grey or white fur. Historians assume that the two figures were eventually combined. Anubis’ female counterpart is Anput. His daughter is the serpent goddess Kebechet.