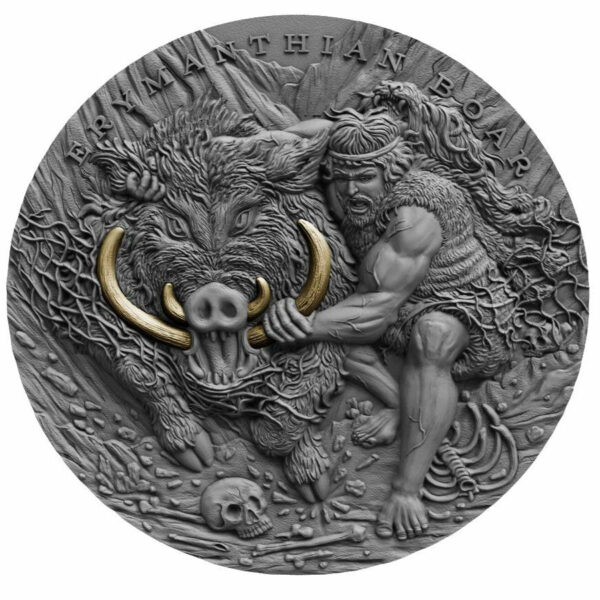 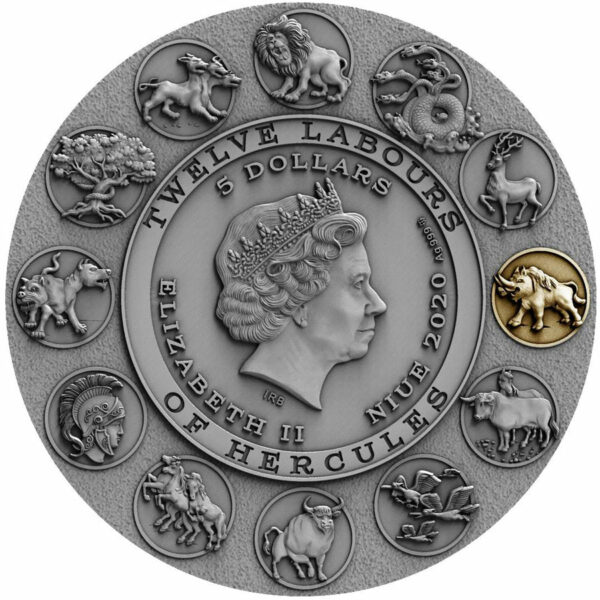 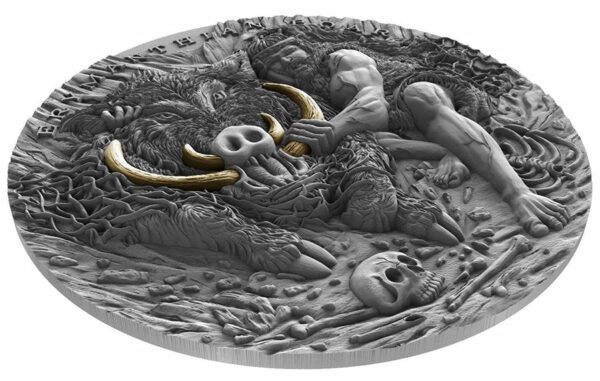 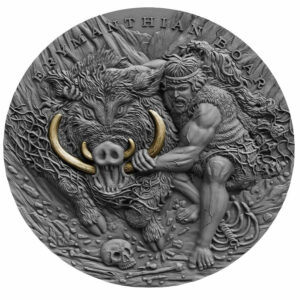 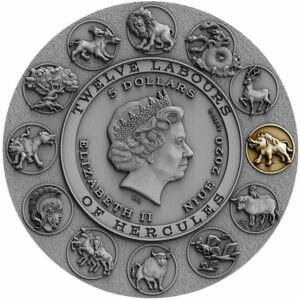 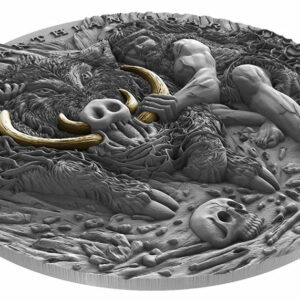 This is the fourth coin in the exclusive series called “Twelve Labours of Hercules” and it is dedicated to the fabled Erymanthian Boar.

In Greek mythology, the Erymanthian boar was an enormous mythical creature with foaming jaws that took the form of a shaggy boar.  It was an Erymanthian boar that lived in the glens of Lampeia beside the vast marsh of Erymanthus. It would emerge from the thick-wooded heights of Erymanthus” to “harry the groves of Arcady” and abuse the land of Psophis.

The fourth labour of Heracles was to bring the Erymanthian boar alive to Eurystheus in Mycenae. To capture the boar, Heracles first chased the boar with shouts and then drove the exhausted animal into deep snow.  He trapped it, bound it in chains and returned with the boar on his left shoulder.  He cast it down in the entrance to the assembly of the Mycenaeans, thus completing his fourth labour. When the king [Eurystheus] saw him carrying the boar on his shoulders, he was terrified and hid himself in a bronze vessel.