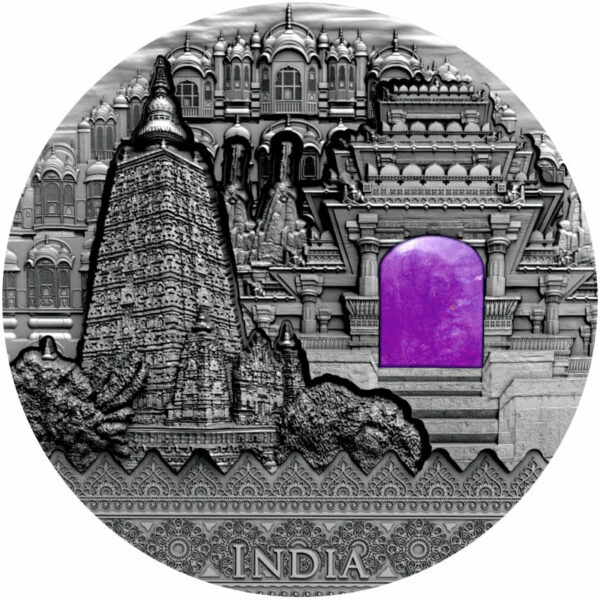 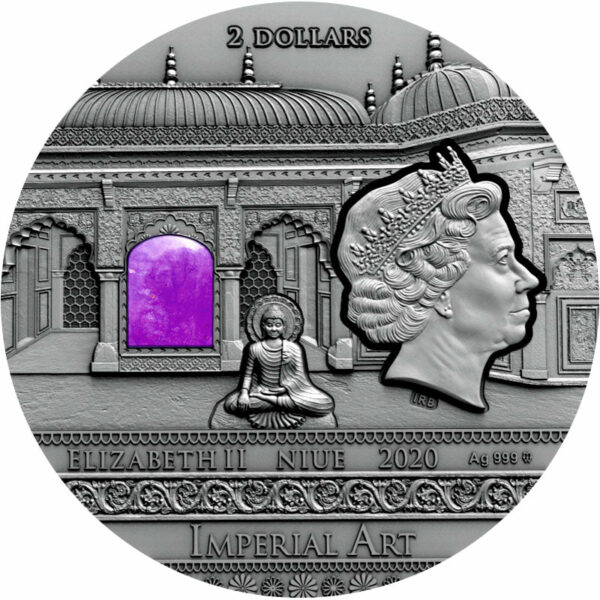 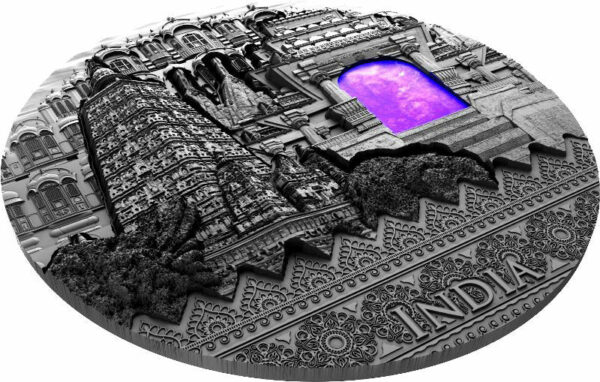 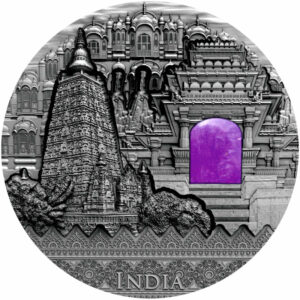 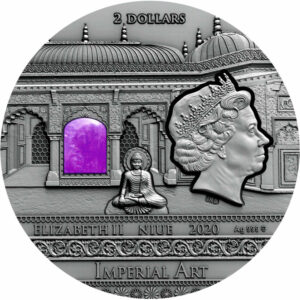 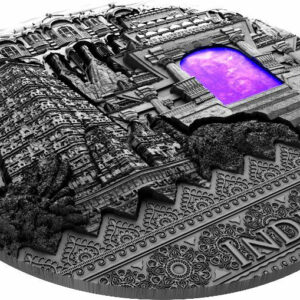 We are pleased to offer the next issue in the popular Imperial Art series, the 2020 India edition.

The reverse of the coin again impresses with its detail. On the left side of the coin there is an image of the Mahabodhi Temple. It is a Buddhist temple complex in northern India. It was built in the place where Buddha Sakyamuni according to tradition was to gain enlightenment. The entire temple complex was inscribed on the UNESCO World Heritage List in 2002.

In the background there is a phenomenal Wind Palace, which is located in Jaipur. The red sandstone building with a monumental façade stood on one of Jaipur’s main streets to allow the ladies of the court to observe the everyday life of the city. The façade of the building has 953 small built-in balconies and its name was given because of its light construction and the light, cool “breeze” inside it.

On the right side of the reverse, the beautiful agate addition has been integrated into the image of the Temple of Ranakpur Jain, which is located in the village of Ranakpur in Rajasthan.

On the obverse of the coin is the main building depicts Fort Amber, located several kilometers from Jaipur – a complex of defensive and palace buildings. Next to the image of Queen Elizabeth II there is a reproduction of the Buddha monument, which is originally located in the Mahabodhi Temple.