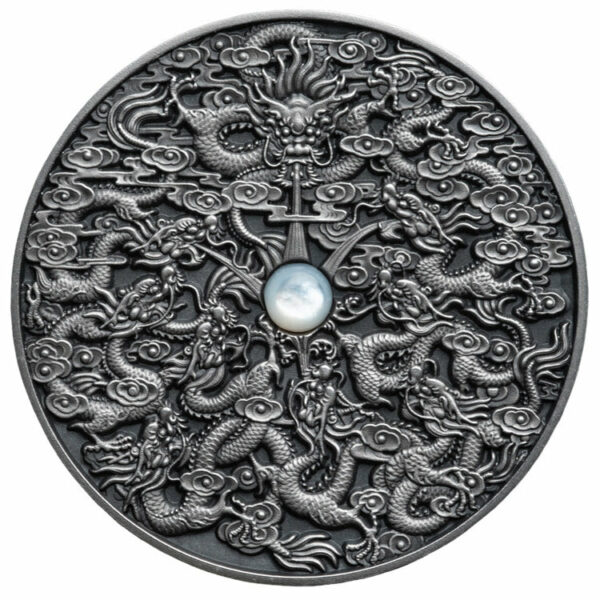 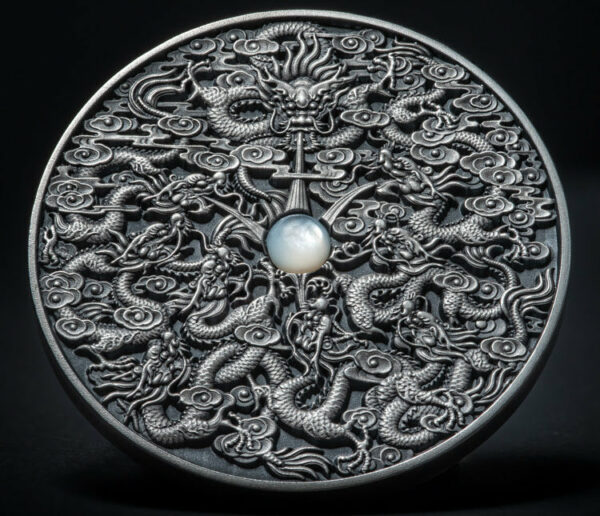 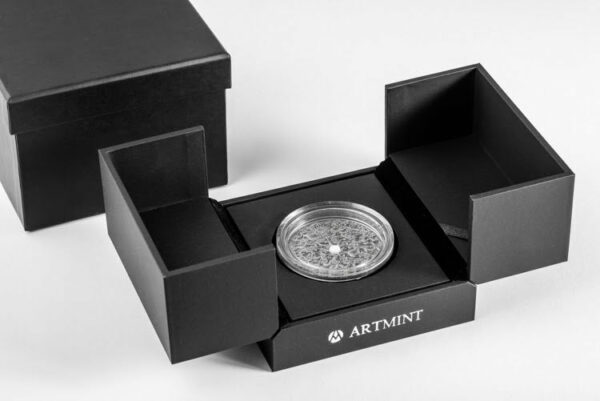 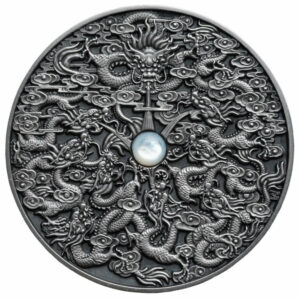 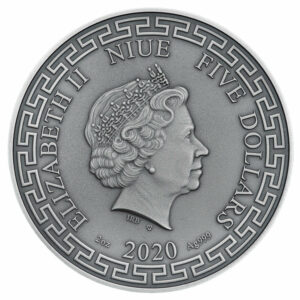 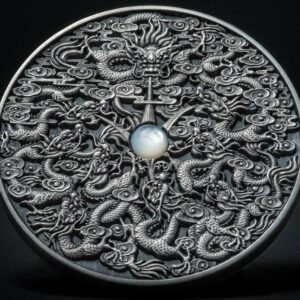 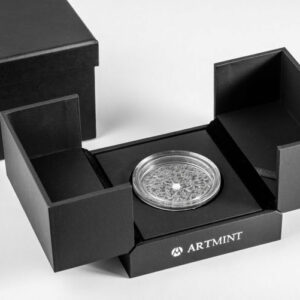 This 2 ounce silver coin is part of the new “Chinese legends” Series and is dedicated to the story of the “Nine dragons”. This stunning numismatic features a genuine Mother of Pearl insert, incredible depth “3D High Relief” and it delivers in a elegant box with the Certificate of Authenticity.

Each coin is engraved on the edge by its individual serial number, ensuring its authenticity.

The nine sons of the dragon are Chinese dragons who are the mythological sons of the Dragon King. There are many variations in the different descriptions of the nine sons, including in basic facts like their names, but all versions state that there are nine.

The oldest known attestation of the children of the dragon list is found in the Shuyuan zaji (菽園雜記, Miscellaneous records from the bean garden) by Lu Rong (1436–1494); however, he noted that the list enumerates mere synonyms of various antiques, not children of a dragon.

A well-known work of the end of the sixteenth century, the Wuzazu 五雜俎, informs us about the nine different young of the dragon, whose shapes are used as ornaments according to their nature.