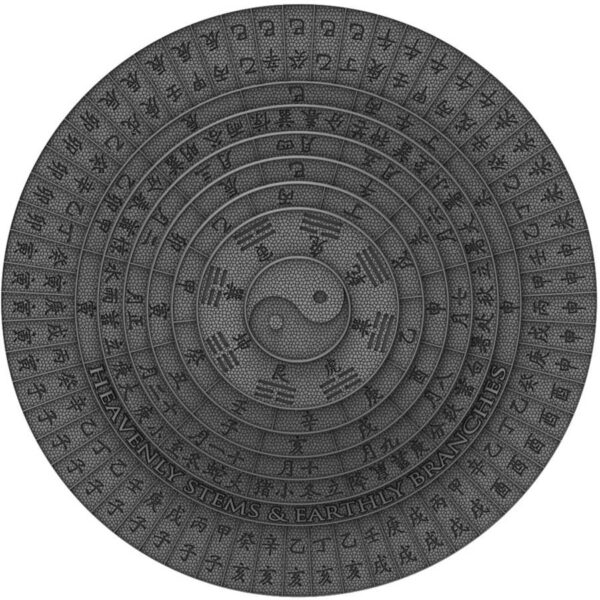 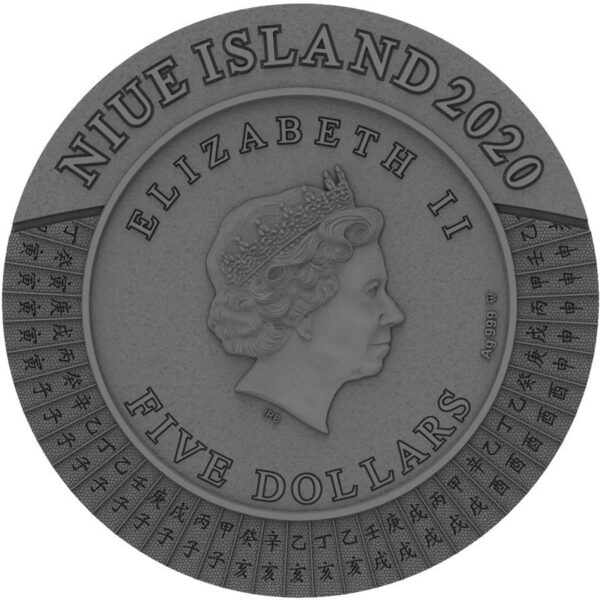 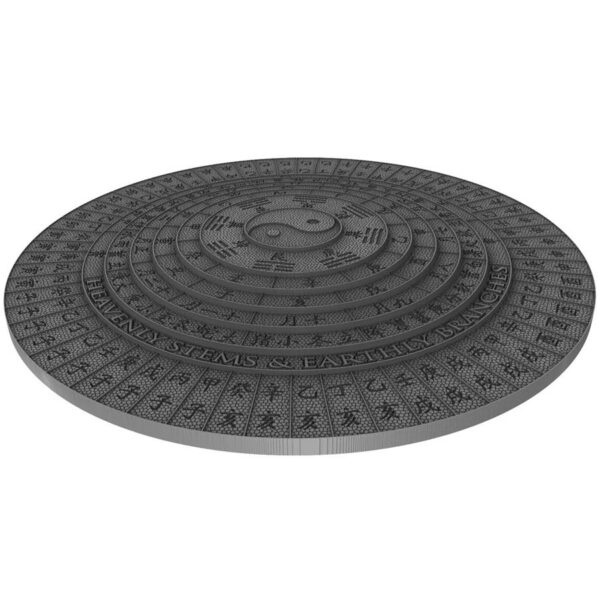 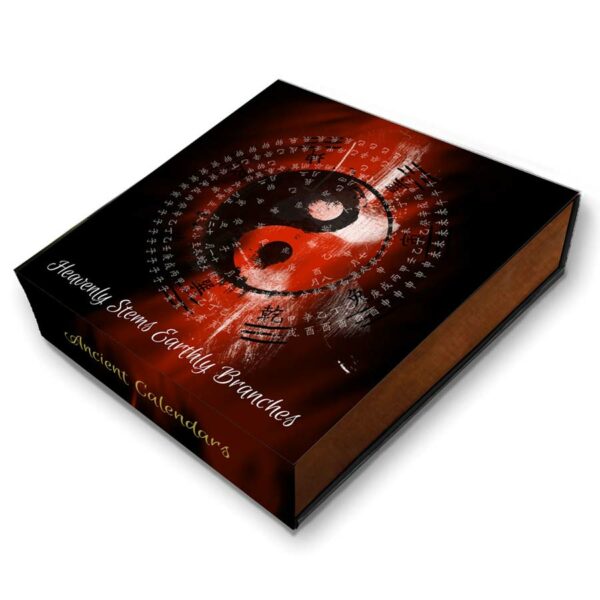 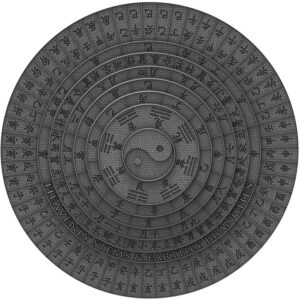 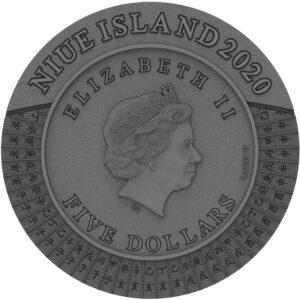 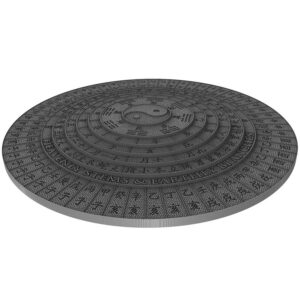 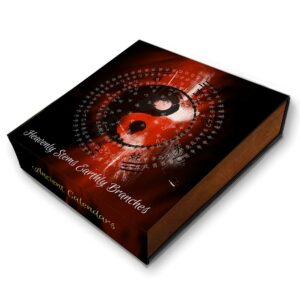 This incredible Niue issue from the Poland Mint is a recognition of the ten Heavenly Stems or Celestial Stems.  Heavenly Stems are a Chinese system of ordinals that first appear during the Shang dynasty, c. 1250 BC, as the names of the ten days of the week. They were also used in Shang-period ritual as names for dead family members, who were offered sacrifices on the corresponding day of the Shang week.

The Heavenly Stems were used in combination with the Earthly Branches, a similar cycle of twelve days, to produce a compound cycle of sixty days. Subsequently, the Heavenly Stems lost their original function as names for days of the week and dead kin, and acquired many other uses, the most prominent and long lasting of which was their use together with the Earthly Branches as a 60-year calendrical cycle.  The system is used throughout East Asia even today.

An ultra high relief strike coupled with 2 ounces of .999 pure silver make the third issue in the Ancient Calendars coin series a highly sought after collectible.