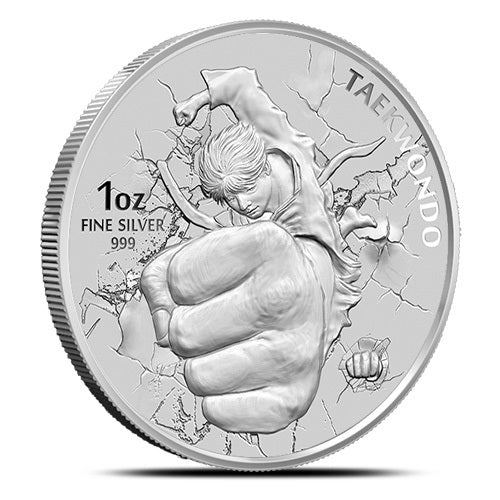 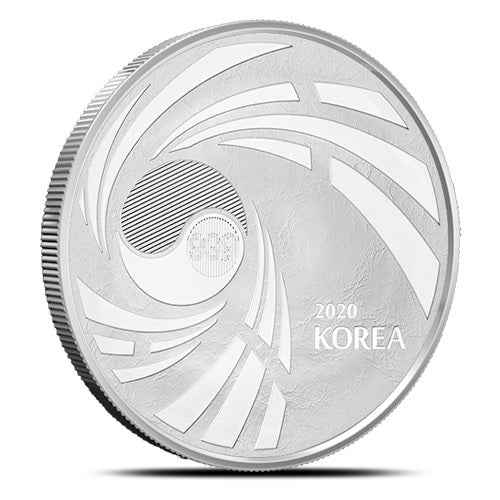 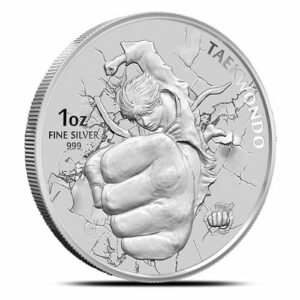 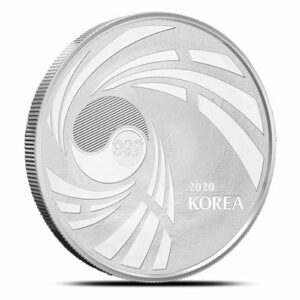 The 2020 Taekwondo design is the second issue in the series and offers a dramatic change from the previous issue. The first release featured a high, sweeping kick. Taekwondo as a martial art is defined by the use of head-height kicks, spinning kicks, sweeping moves, and fast techniques.

The reverse features the image of a combatant using his fist to deliver a knock-out blow to his opponent. This is a dramatic effect that uses relative size and positioning in the design to make it seem as though that fist is actually getting closer to your face as you view the product.

Obverse includes elements include the swirling image of the Taegeuk, the official emblem of the Republic of Korea, the Taeguek appears on the South Korean flag and features, at its core, a yin-yang symbol. In this design element, you will find the latent security image of KOMSCO in the lower-half of the yin-yang symbol.

Taekwondo is one of the most popular forms of martial arts practiced around the world. Developed in the 1940s, it has primarily served the purpose as a competitive sport rather than an ancient form of self-defense against ones enemies.

KOMSCO stands for Korea Minting and Security Printing Corporation. The government-owned corporation was founded in South Korea at the start of the Korean War and was designed to ensure the continuity of the financial system for South Korea.