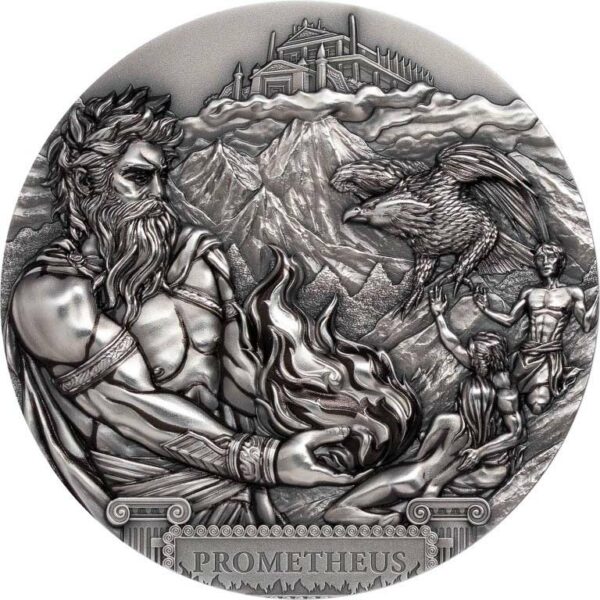 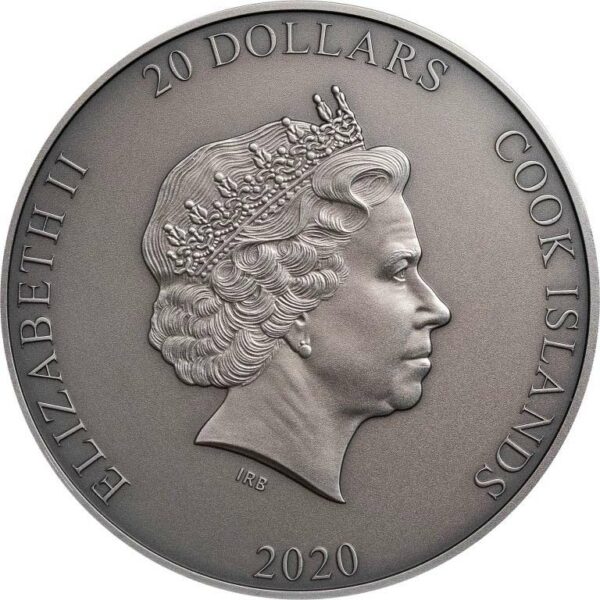 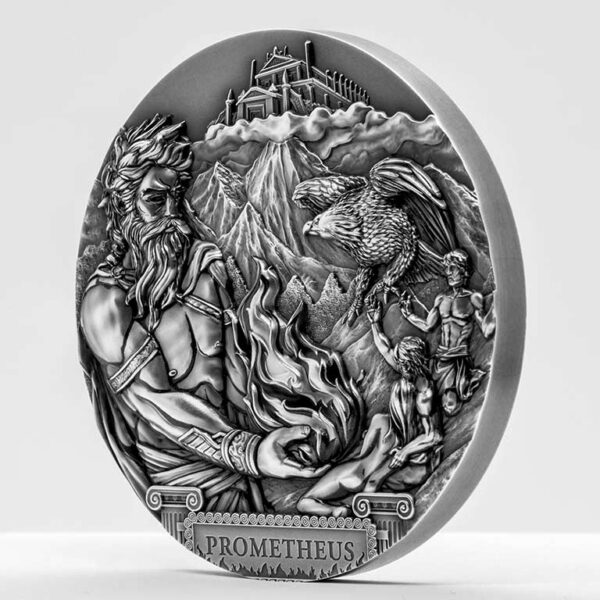 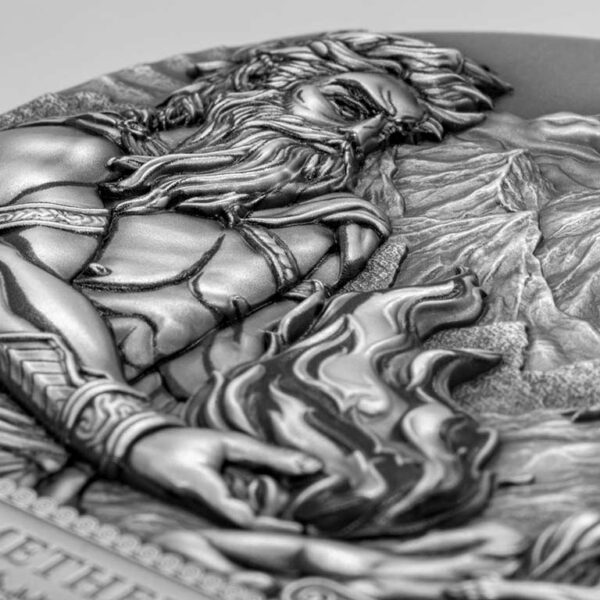 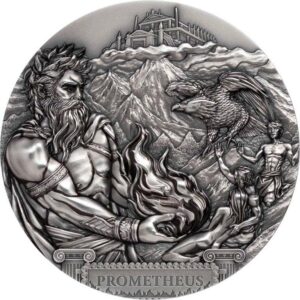 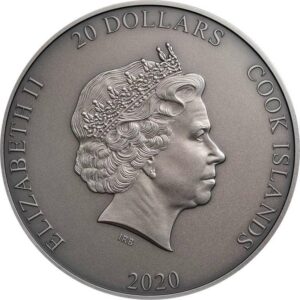 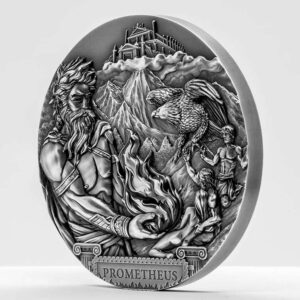 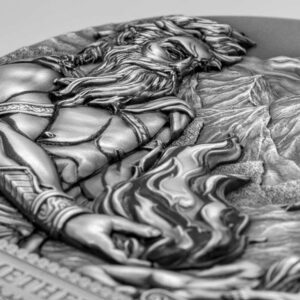 This is the 2nd issue in the popular Titan Series from Cook Islands.  It is struck in smartminting high relief further complemented by a multi-tone antique finish.

In Greek mythology, Prometheus, possibly meaning “forethought” is a Titan, culture hero, and trickster figure who is credited with the creation of humanity from clay, and who defies the gods by stealing fire and giving it to humanity as civilization. Prometheus is known for his intelligence and as a champion of humankind and also seen as the author of the human arts and sciences generally. He is sometimes presented as the father of Deucalion, the hero of the flood story.