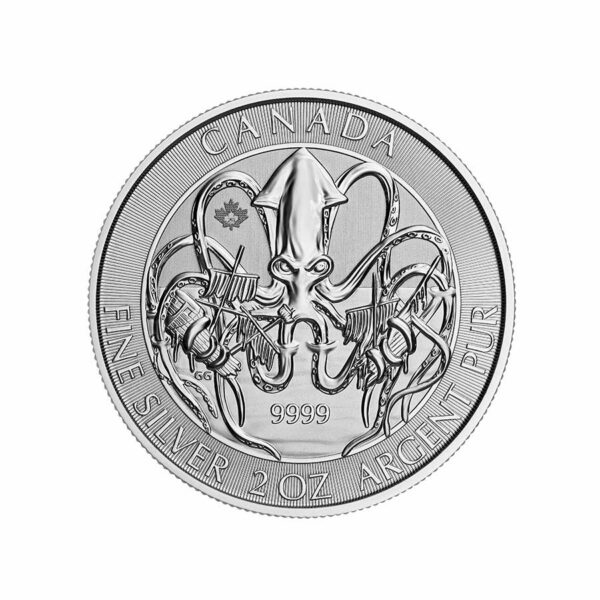 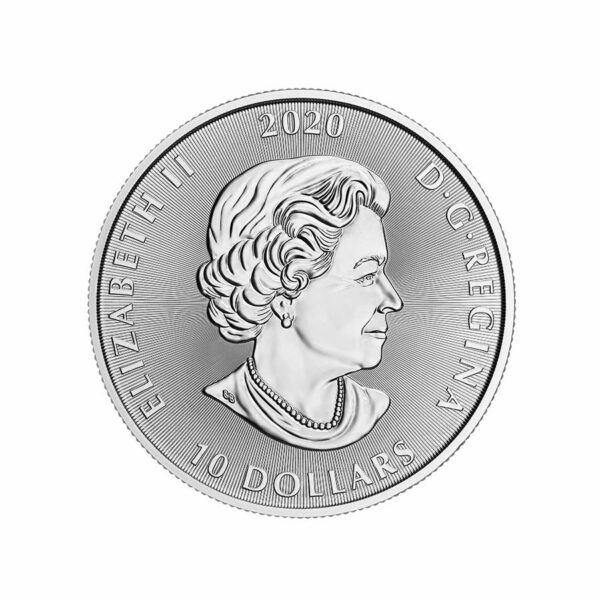 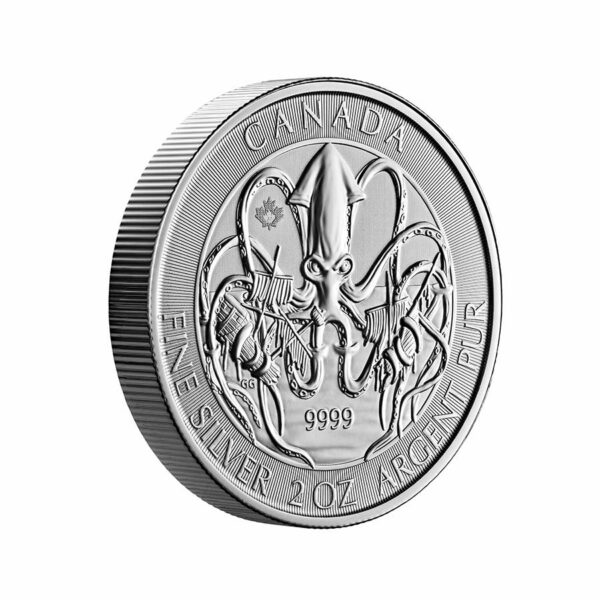 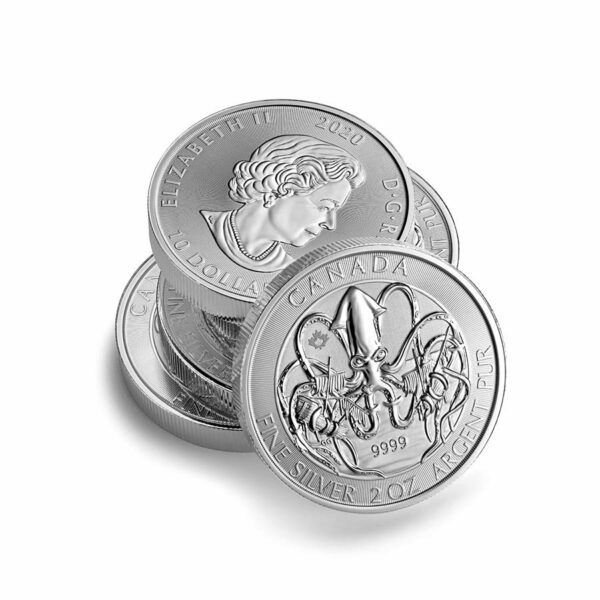 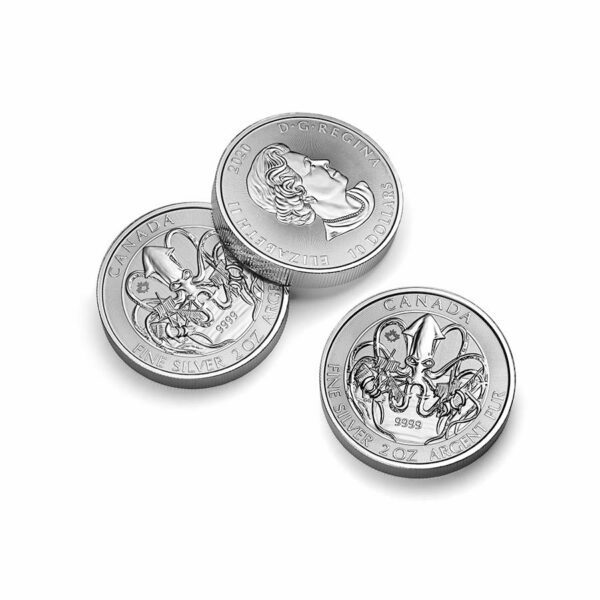 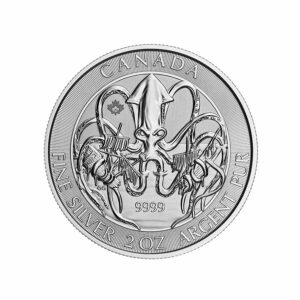 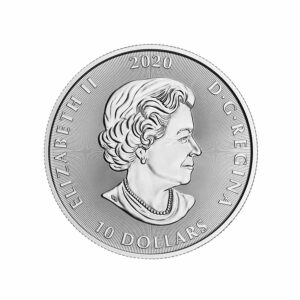 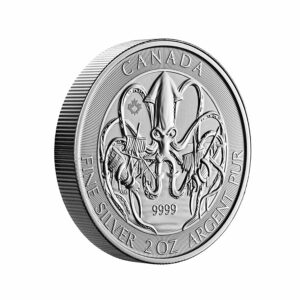 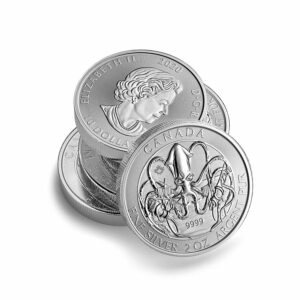 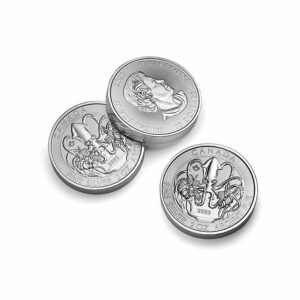 For centuries, mariners have reported strange sightings of a massive, shipwrecking sea monster; the “Kraken”. The beast was said to be so big it could be mistaken for an island, with tentacles powerful enough to tear a ship in two. This awe-inspiring creature now glowers fiercely from the face of a 2 Ounce .9999 pure silver bullion coin produced by the Royal Canadian Mint: the first in a new Creatures of the North series celebrating the fantastic and mysterious creatures of Canada’s seas, lands and skies.

The mythological nature of the Kraken sets it apart from the real world animals usually featured on the Mint’s bullion coins. That presented a novel challenge for artist Gerald Gloade. With no photographs or specimens to go by, he had to investigate other sources to get the details right. Instead of consulting with zoological experts, Gloade consulted old folkloric texts and The Rooms’ historical archive of Newfoundland and Labrador culture.

In addition to the striking design that will appeal to any bullion investor looking for something extra special, the Kraken coin also incorporates renowned Mint security features, including the maple leaf laser-mark and precise radial lines around the border. And at a full two ounces, the coin is thicker than a standard one ounce bullion coin, giving it an especially satisfying heft.

As new issues in the Creatures of the North series are released twice a year, investors should keep a watchful eye out to see which creature will emerge from its lair next…

Two unique features for cutting-edge security, including precise radial lines and micro-engraved maple leaf in the coin field. In the centre of this mark, visible under magnification, is the numeral “20”, denoting the coin’s year of issue.

Masterfully crafted by Royal Canadian Mint engravers using a variety of engraving techniques and finishes to bring depth and texture to this stunning image of this mythical creature.

Orders of 14 coins ship in a mint sealed tube.