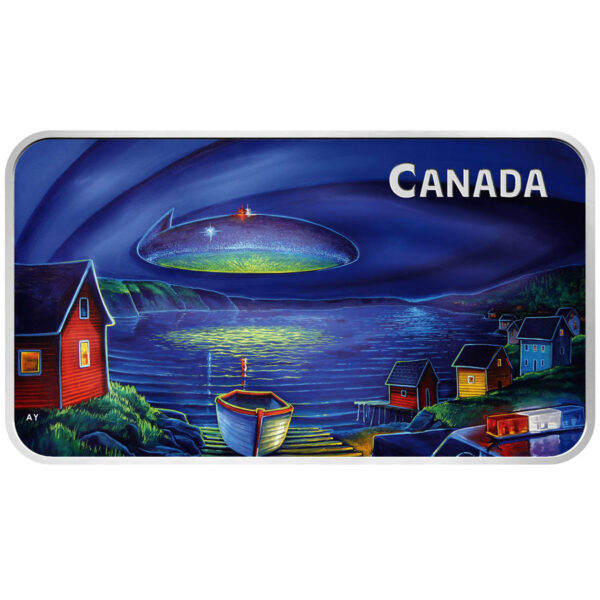 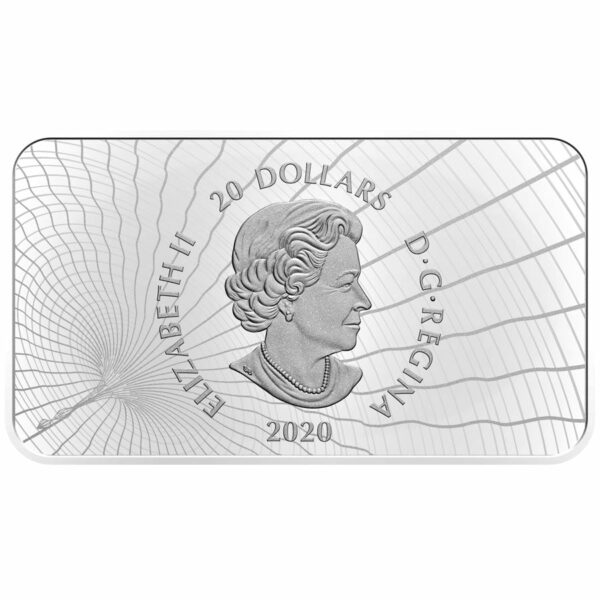 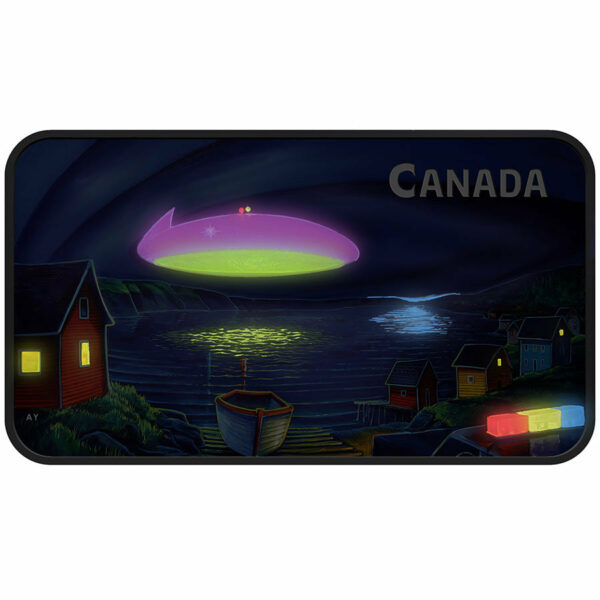 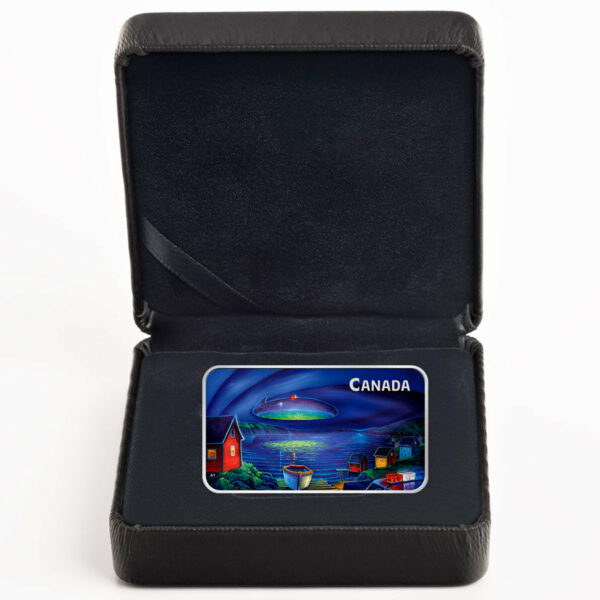 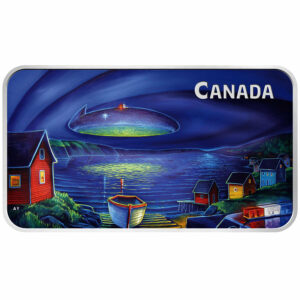 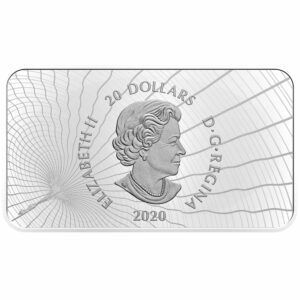 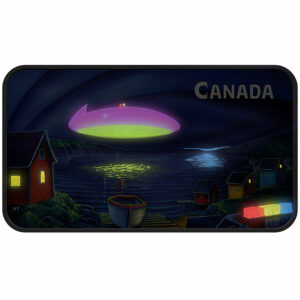 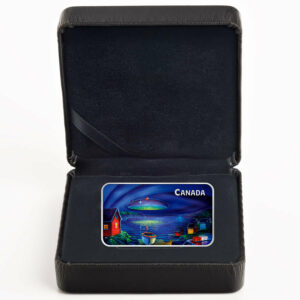 This is the third exciting issue in the Unexplained Phenomena Coin Series with black light technology that adds a sci-fi glow to RCM’s depiction of ‘Canada’s Roswell’, UFO events.

Royal Canadian Mints 3rd UFO coin is a re-telling of RCMP Constable James Blackwood, responding to a call. arrived on scene in Clarenville, NL where witnesses directed his attention to a brightly lit object in the sky. Using binoculars and a high powered scope, they observed the fin tailed, oval shaped craft as it hovered above the water near Random Island.

It emitted no sound and when the officer flashed the lightbar on his police cruiser, the mysterious craft instantly mimicked the lights. It remained in the area for nearly an hour before rising up suddenly and vanishing into the night, leaving no trace of its passage except a credible eyewitness account.

Use the black light flashlight (included) to activate the coin’s glow-in-the-dark features. These add a sci-fi worthy element to our colorful depiction of the mysterious craft that was spotted in the sky.