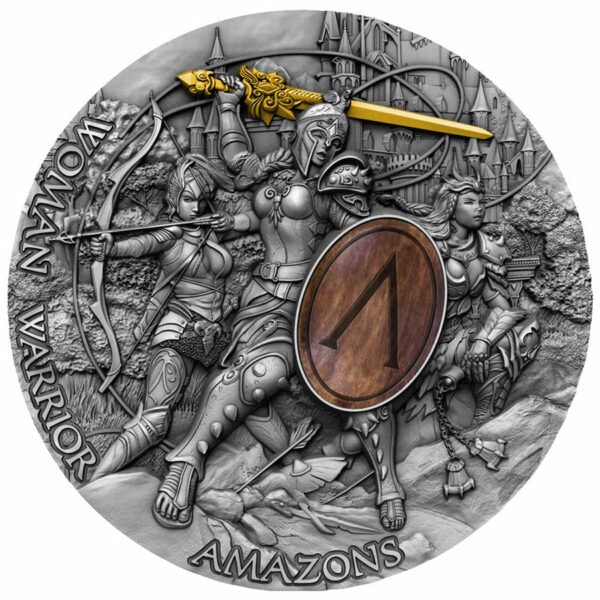 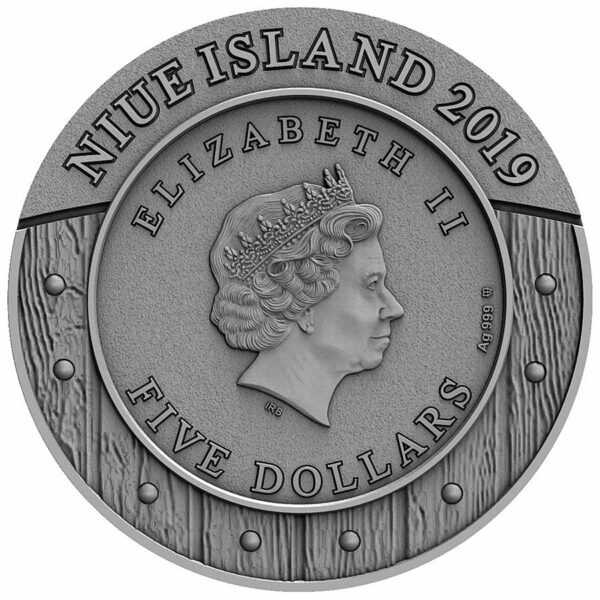 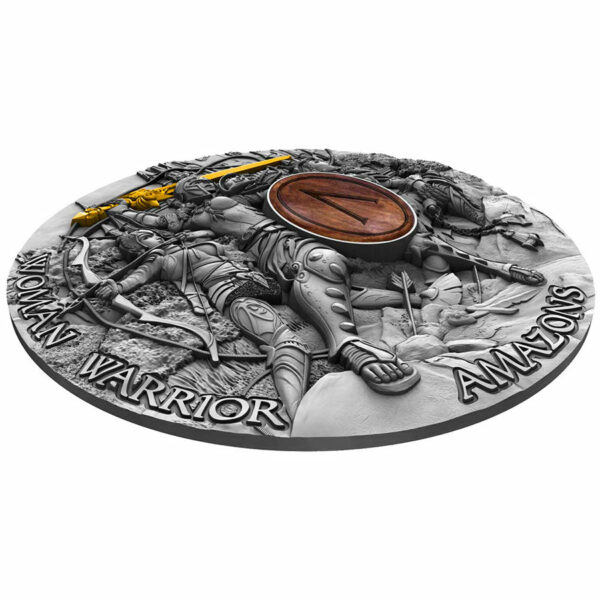 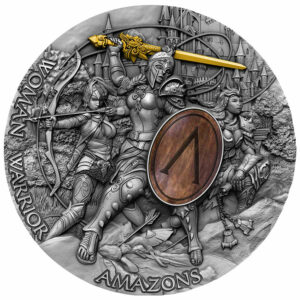 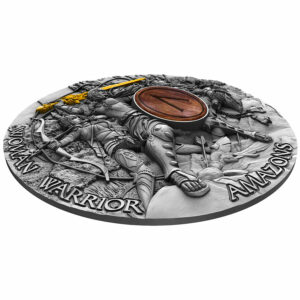 This is the first issue in a new series from the Poland Mint, Women Warriors – “The Amazons”. This amazing 2 ounce, .999 pure silver coin presents incredible detail in its high relief strike, bright selective Gold plating and deep Antique Finish.  As an added feature, Amazons also includes a genuine wood inset for the shield.  A unique and already highly sought after collectible from Niue.

In Greek mythology, the Amazons were a tribe of warrior women related to the Scythians and Sarmatians, both of whom are considered Iranian peoples. Apollonius Rhodius, in his Argonautica, mentions that the Amazons were the daughters of Ares and Harmonia (a nymph of the Akmonian Wood), that they were brutal and aggressive, and their main concern in life was war. Lysias, Isocrates, Philostratus the Elder also say that their father was Ares.

Herodotus and Strabo place them on the banks of the Thermodon River. According to Diodorus, giving the account of Dionysius of Mitylene (who in turn drew on Thymoetas), the Amazons inhabited Ancient Libya long before they settled along the Thermodon. Migrating from Libya, these Amazons passed through Egypt and Syria, and stopped at the Caïcus in Aeolis, near which they founded several cities. Later, Diodorus maintains, they established Mytilene a little way beyond the Caïcus. Aeschylus, in Prometheus Bound, places the original home of the Amazons in the country about Lake Maeotis, and from which they moved to Themiscyra on the Thermodon. Homer tells that the Amazons were sought and found somewhere near Lycia.