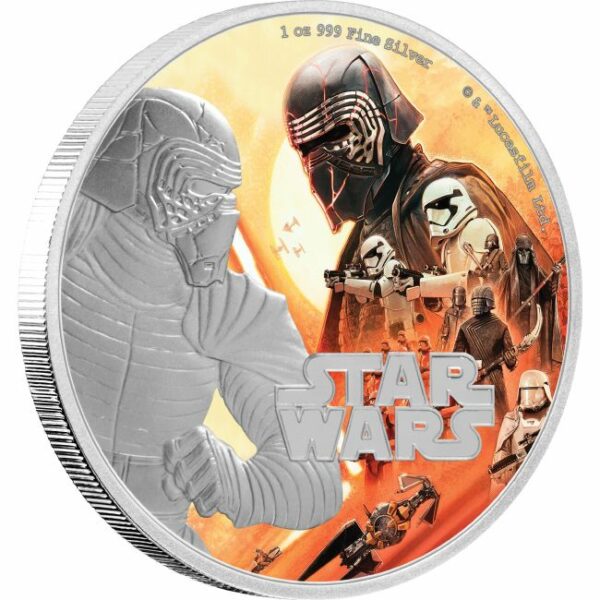 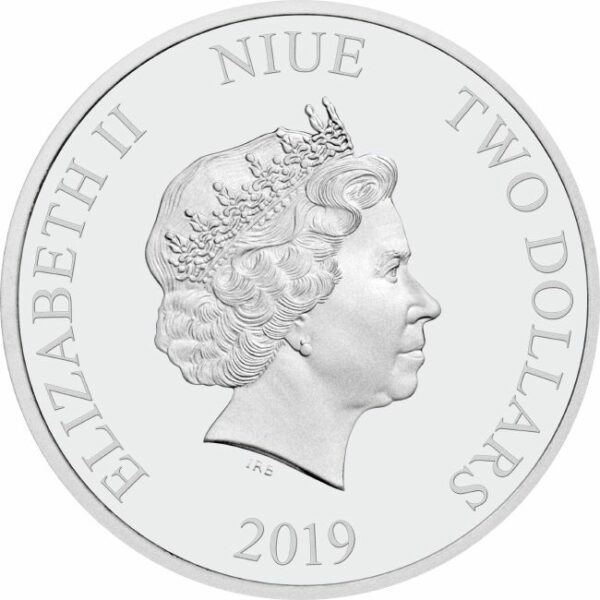 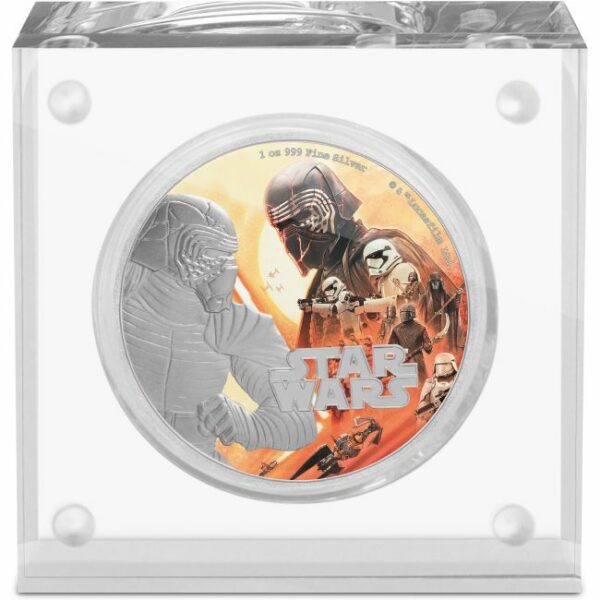 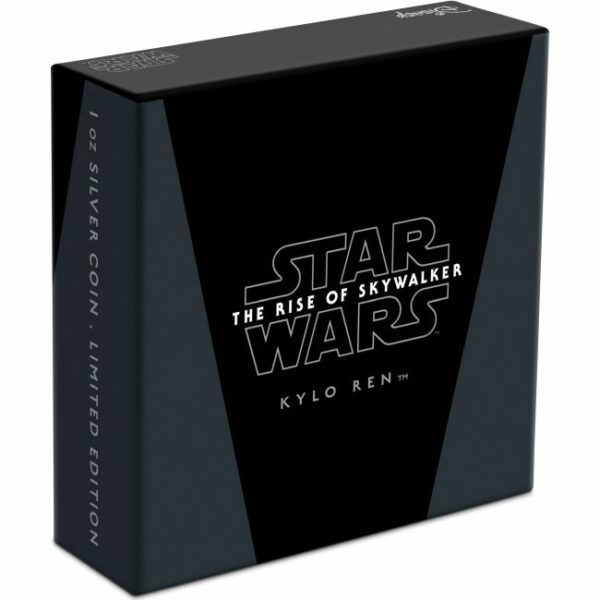 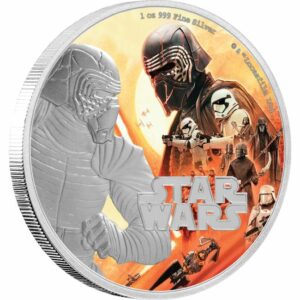 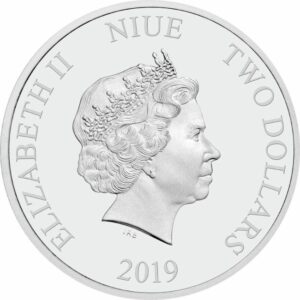 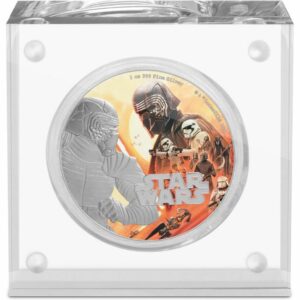 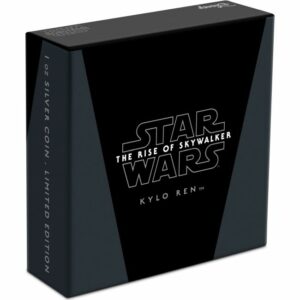 This .999 pure silver coin features the dangerous Kylo Ren and the dark side of Star Wars: The Rise of Skywalker. Images of Kylo as he appears in the film are engraved and colored along with other First Order characters from this final movie in the Star Wars sequel trilogy.

The coin arrives in a Star Wars branded box. Inside it is packaged in a perspex coin case, ideal for display, making it a great memento for any Star Wars fan or collector.

Your Certificate of Authenticity sits inside the box which confirms the coin as one of a limited worldwide mintage of only 5,000.

The surviving Resistance faces the First Order once more in the final chapter of the Skywalker saga.