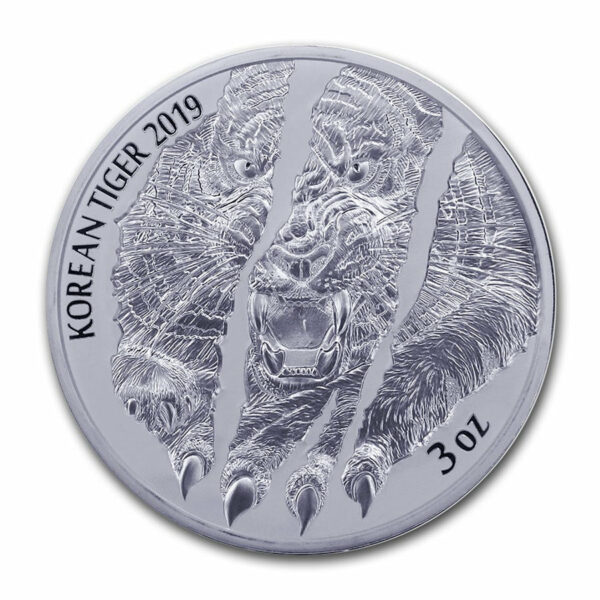 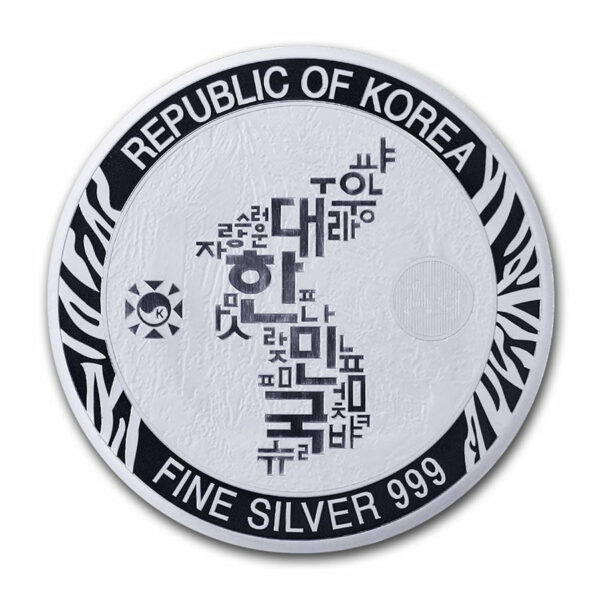 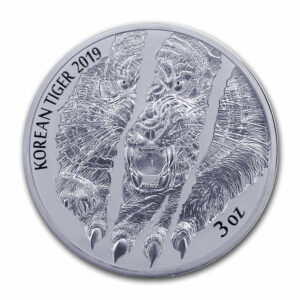 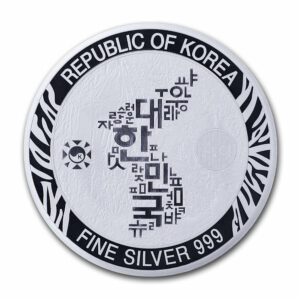 The Republic of Korea, KOMSCO and Art in Coins are pleased to offer this 3 oz release of their Silver Korean Tiger medallion series. This incredibly striking 2019 .999 Silver 3 oz South Korean Tiger bullion round is absolutely amazing.

The reverse of this 2019 Silver 3 oz South Korean Tiger round features an extremely close-up action scene. The tiger is depicted in a straight-on head view, displaying all the ferocity of an attack. The tiger’s eyes are sharply fixed upon his intended prey. His jaws are open wide, revealing his ready fangs.

The tiger is shown ripping through a barrier with his massive razor-sharp claws to get to his prey. This magnificent creature is displayed with the finest of detail in a strikingly imaginative scene, capturing the moment before pouncing for the attack. Inscriptions include “KOREAN TIGER 2019” at the top left rim, and the weight of 3 oz at the bottom right.