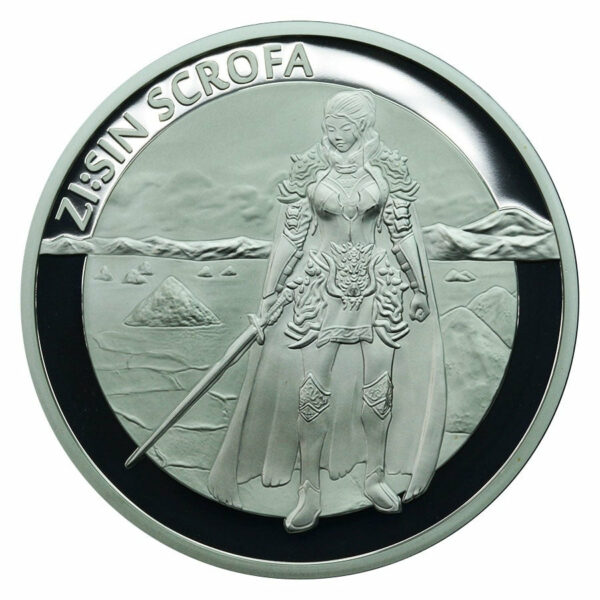 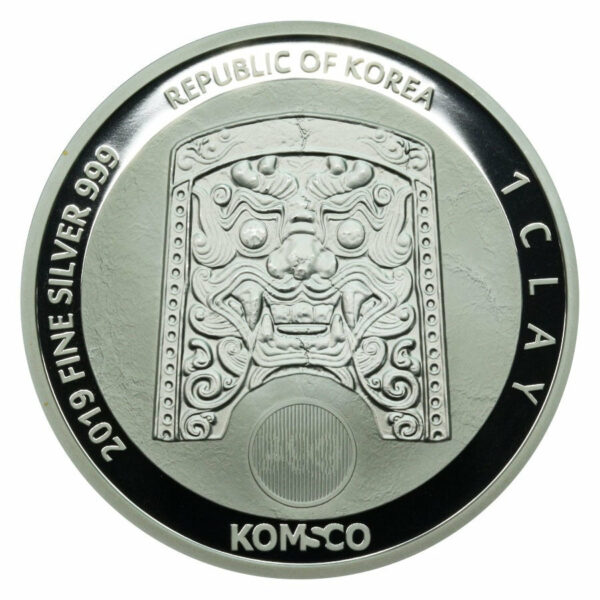 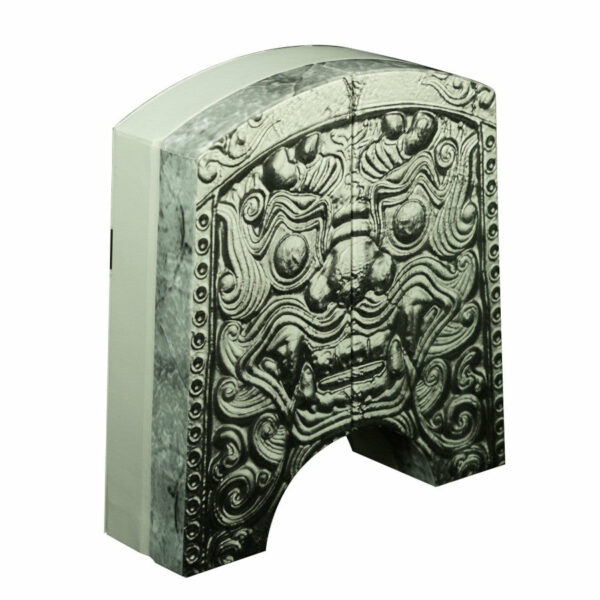 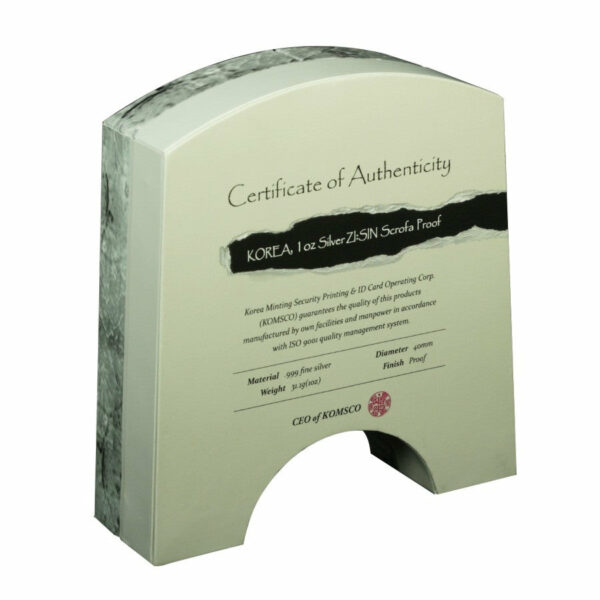 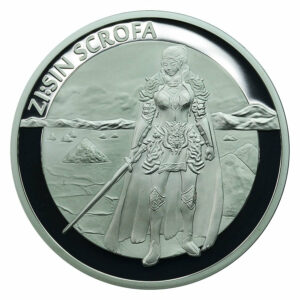 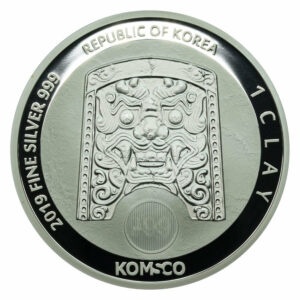 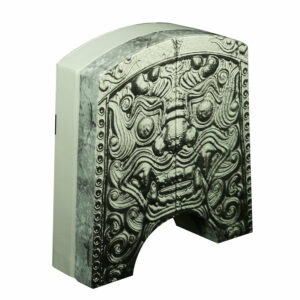 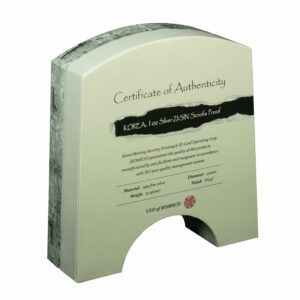 The Zi:Sin Series is a collection from KOMSCO Mint that shows the 12 guardians assigned to protect against evil forces, at all times, in 12 directions.  During God’s absence, ZI:SIN commanders are called upon to lead his army.  Here we offer the low mintage 1 Ounce Proof which delivers in a deluxe presentation box.

Following the successful release of both the Gallus and Canis coin in 2017 & 2018, the mint now introduces the 3rd release: ZI:SIN Guardian, Scrofa.

Scrofa was known as ” Justice Haechi”. She is responsible to protect the sacred Salt- Lake. The Salt- Lake is a place which connecting two worlds between mortals and immortals. It is also a place fulfilling people’s hope and wish.

The reverse features a depiction of Scrofa. Known as the guardian of the Salt Lake, Scrofa has the ability to sense danger coming from great distances and can duplicate her figure in battle. The latter skill is meant to confuse her enemies during the course of battle.

On the obverse, is the image of Do ggae bi. This grotesque figure is similar to the hobgoblin of Western society and was often hung from the roofing tiles of homes to help ward off evil spirits. The image also appeared on Chiwoo Cheonwangs battle shield as a further measure to instill fear in his opponents.