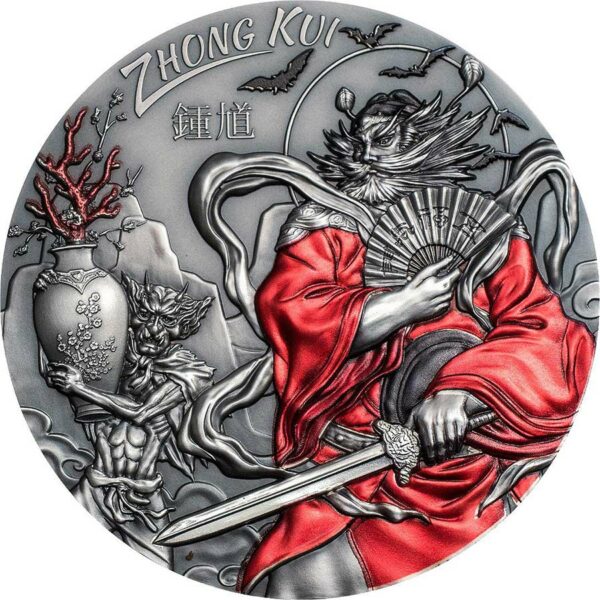 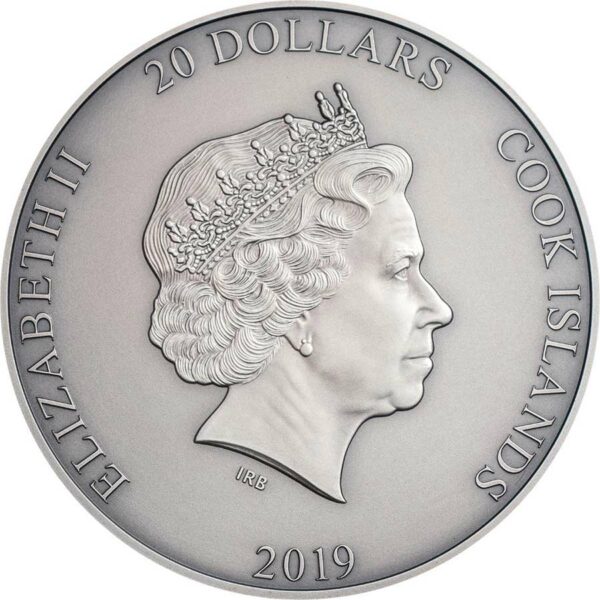 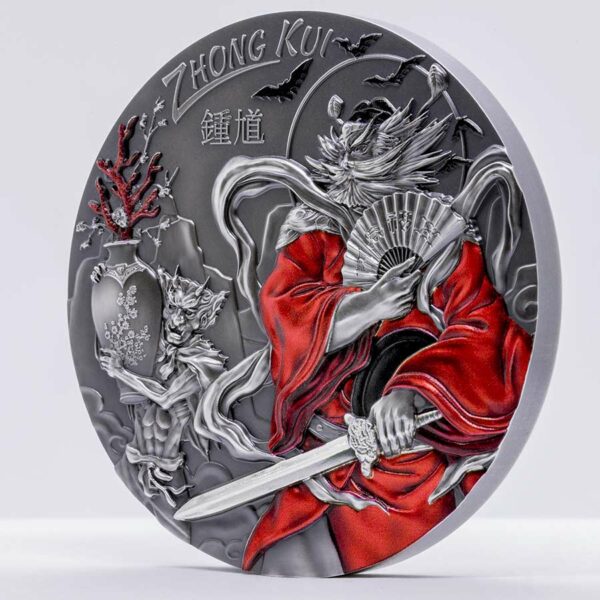 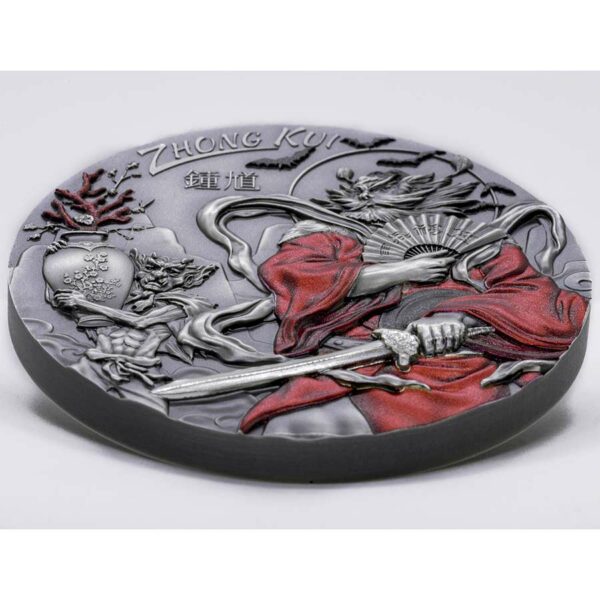 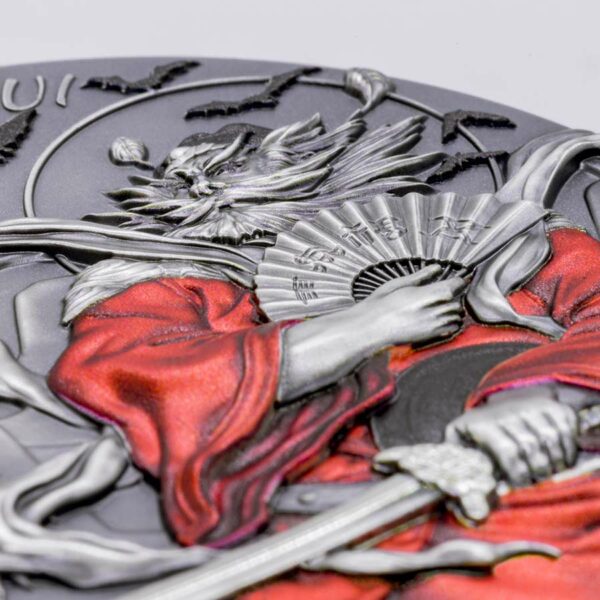 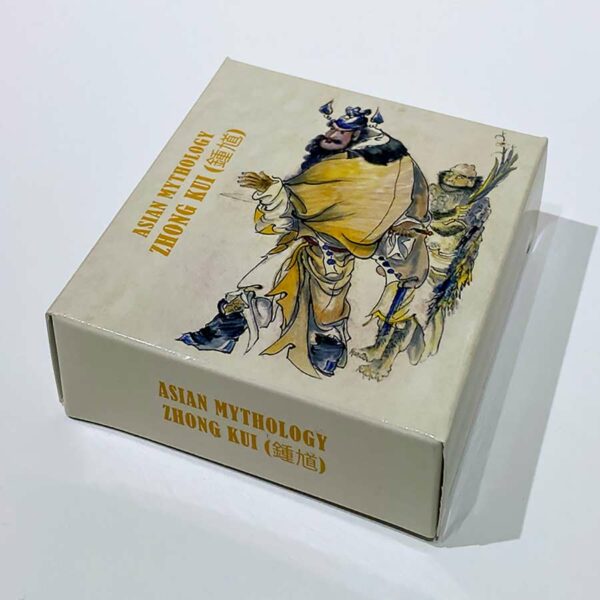 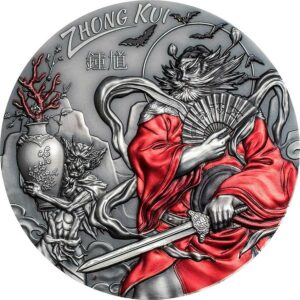 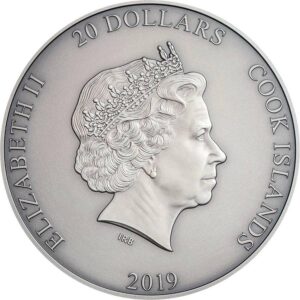 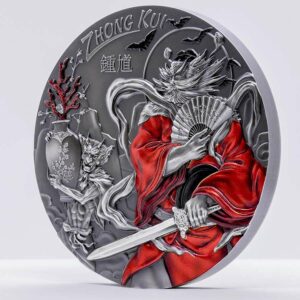 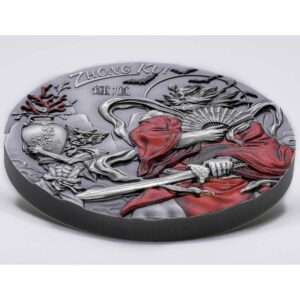 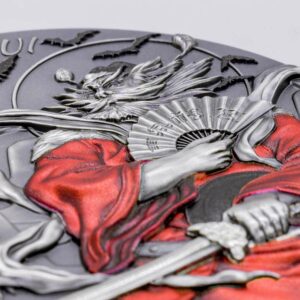 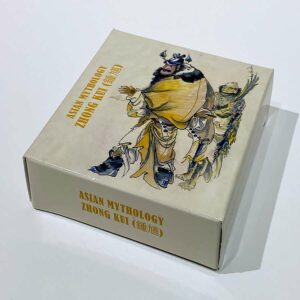 This is the first issue in the new Asian Mythology Series from Cook Islands.  It is struck in smartminting high relief further complemented by rich coloring and deep antique finish.

Zhong Kui’s popularity in folklore can be traced to the reign of Emperor Xuanzong of Tang China (712 to 756). According to Song Dynasty sources, once the Emperor Xuanzong was gravely ill. He had a dream in which he saw two ghosts. The smaller of the ghosts stole a purse from imperial consort Yang Guifei and a flute belonging to the emperor. The larger ghost, wearing the hat of an official, captured the smaller ghost, tore out his eye and ate it. He then introduced himself as Zhong Kui. He said that he had sworn to rid the empire of evil. When the emperor awoke, he had recovered from his illness. So he commissioned the court painter Wu Daozi to produce an image of Zhong Kui to show to the officials. This was highly influential to later representations of Zhong Kui.