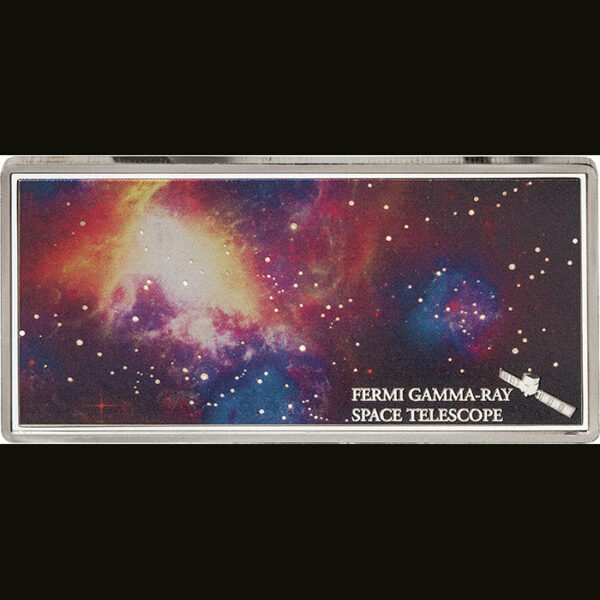 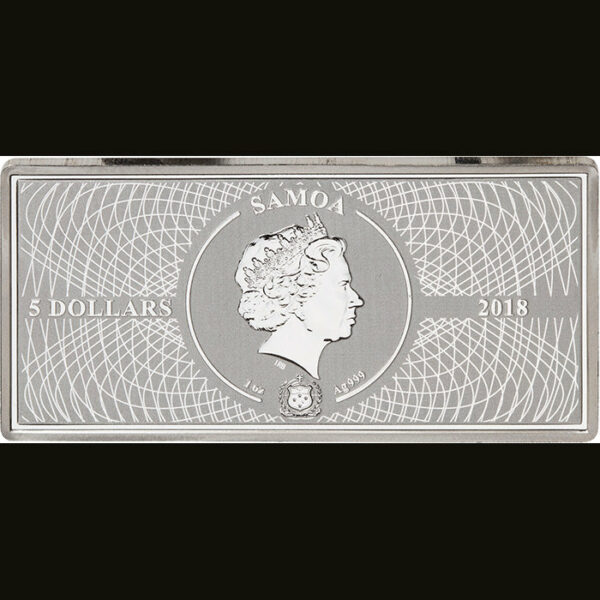 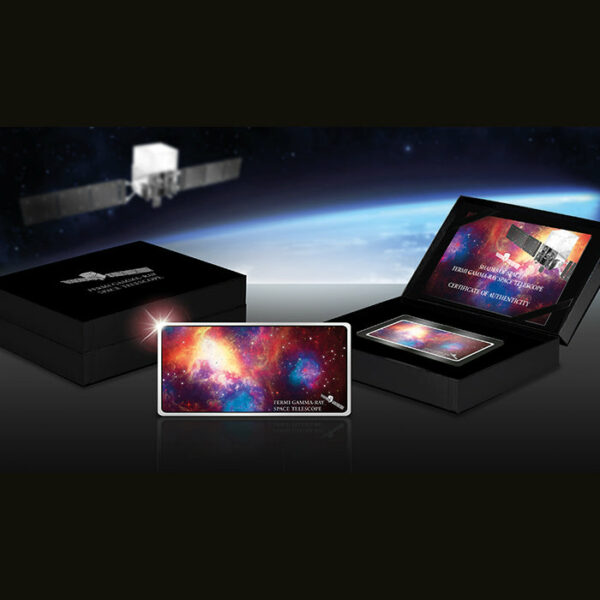 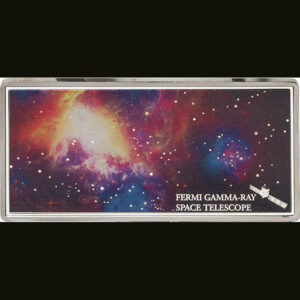 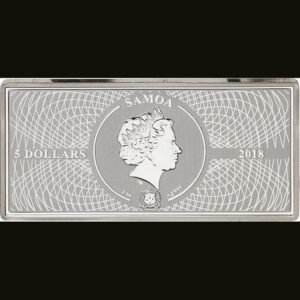 This beautiful collectible is the second issue in the Shades of Space series.  It is a 1 Ounce .999 pure silver legal tender issue from the Nation of Samoa.  The Fermi Gamma features a brilliant color application marking this series as the sharpest depictions of space imagery ever printed on a silver coin.

To commemorate the 10th anniversary of the Fermi Gamma-ray Space Telescope this Shades of Space Edition shows a beautiful picture taken by the Fermi Gamma Ray.

The Fermi Gamma Ray Telescope was launched in 2008 and is a space observatory being used to perform gamma-ray observations from low Earth orbit.