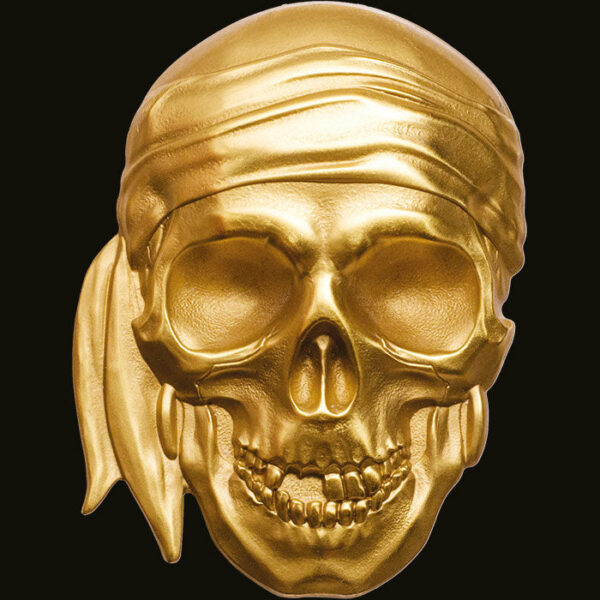 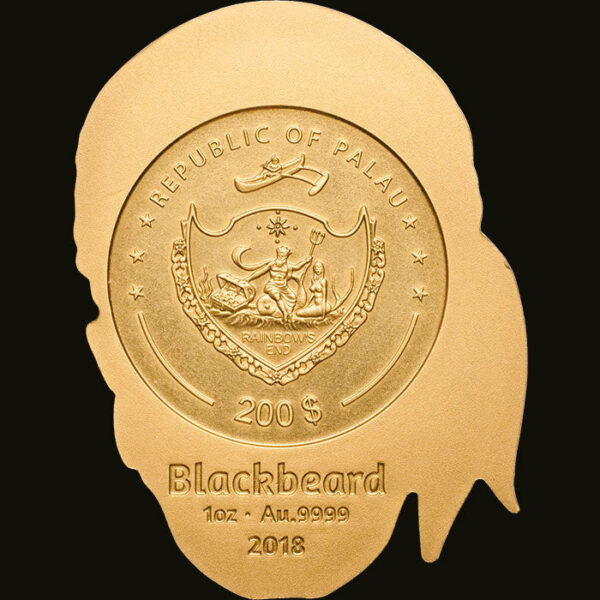 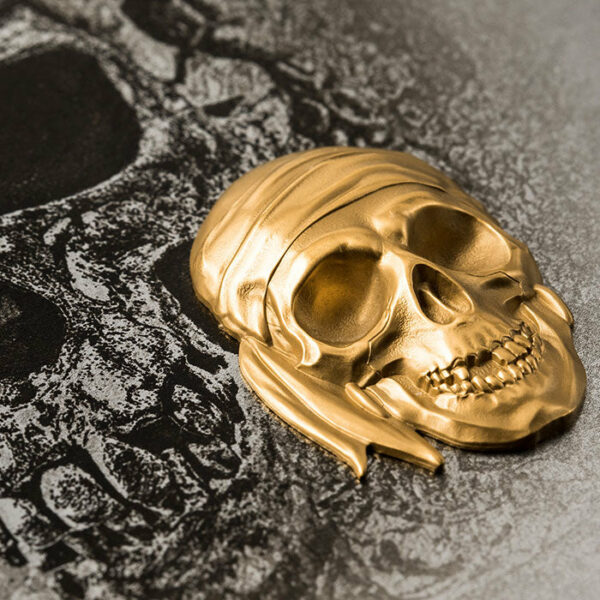 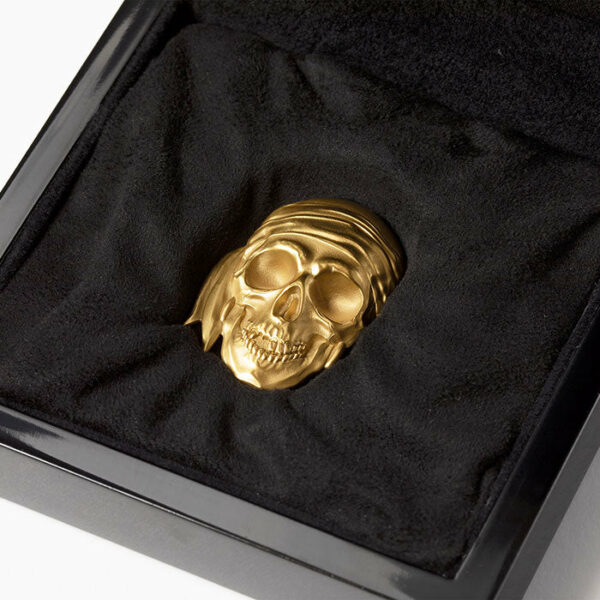 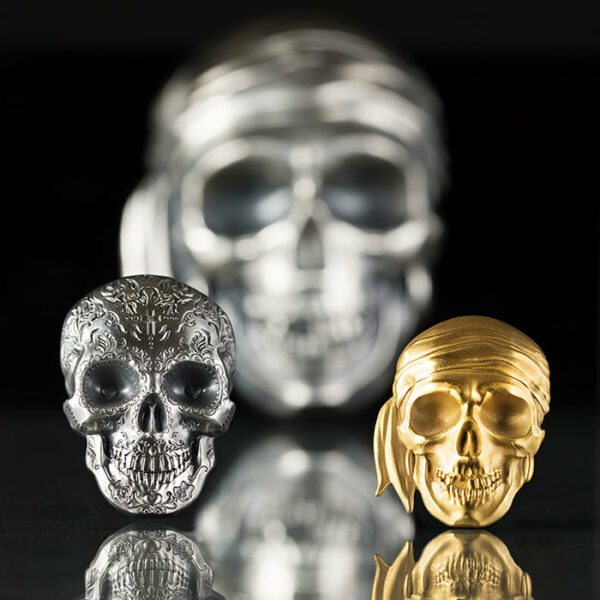 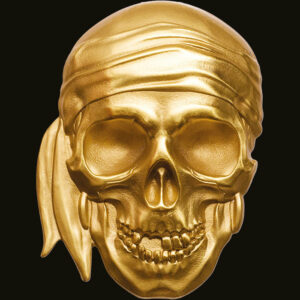 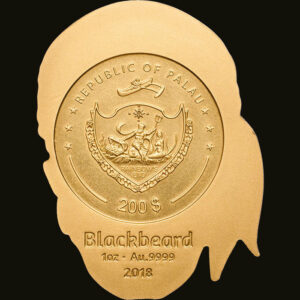 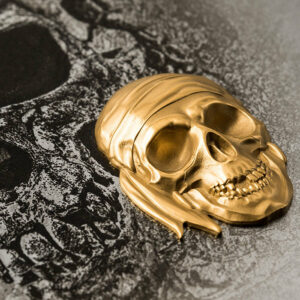 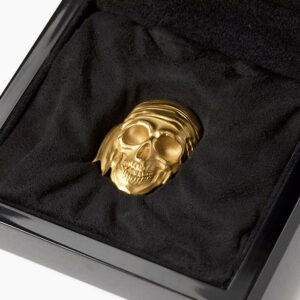 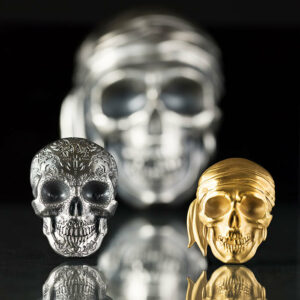 With supersized silver skulls already in their second year, we are proud to offer CIT’s three-dimensional strikes to gold coins with the introduction of the Pirate Skull – Blackbeard Edition. Struck from one ounce of .9999 fine gold, this elaborate strike commemorates the 300th anniversary of Edward Teach’s death and is thus limited to just 300 pieces worldwide. Undoubtedly the golden Blackbeard Skull is the most sophisticated gold coin CIT has ever produced using “BGM” Big Gold Minting technology.

Edward Teach or Edward Thatch (c. 1680 – 22 November 1718), better known as Blackbeard, was an English pirate who operated around the West Indies and the eastern coast of Britain’s North American colonies. Little is known about his early life, but he may have been a sailor on privateer ships during Queen Anne’s War before settling on the Bahamian island of New Providence, a base for Captain Benjamin Hornigold, whose crew Teach joined around 1716. Hornigold placed him in command of a sloop that he had captured, and the two engaged in numerous acts of piracy. Their numbers were boosted by the addition to their fleet of two more ships, one of which was commanded by Stede Bonnet; but Hornigold retired from piracy towards the end of 1717, taking two vessels with him.