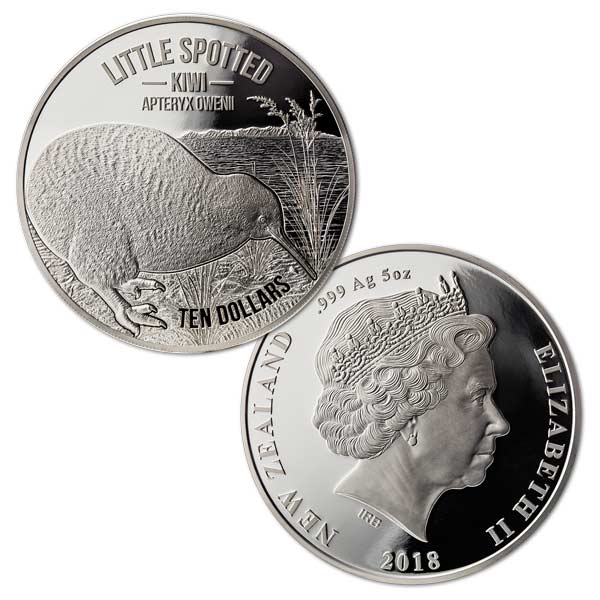 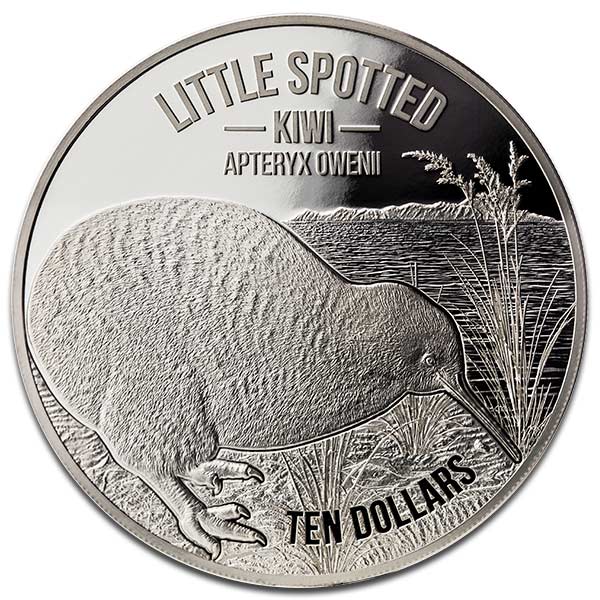 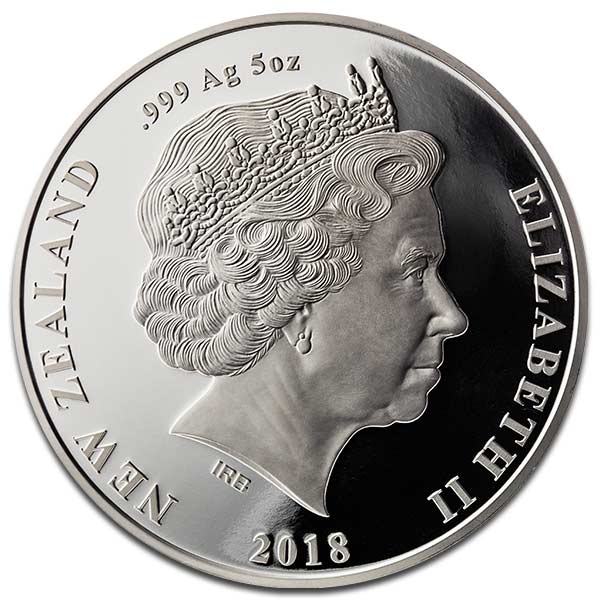 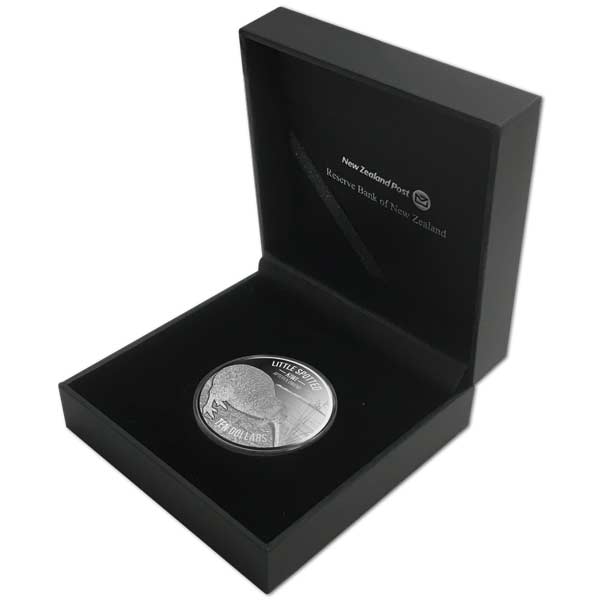 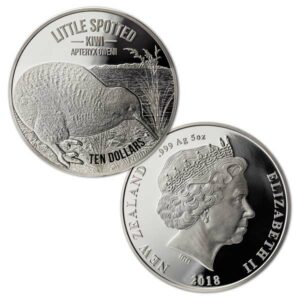 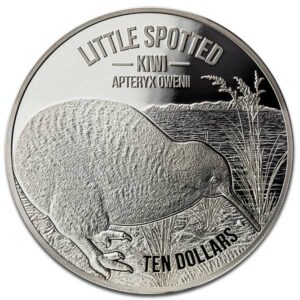 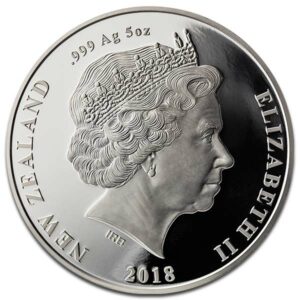 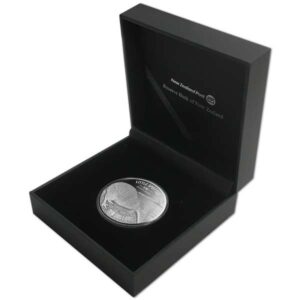 This impressive 65 mm diameter coin allows the Spotted Kiwi to come to life as the large image shows greater detail. With only 500 coins worldwide, this amazing proof quality coin can take pride with its place in your display case.  Packaged in a display case with an individually numbered certificate of authenticity, it makes a beautiful gift or addition to your collection.

These 2018 dated coins are produced by the B.H. Mayer Mint Kunstprägeanstalt GmbH, on behalf of the Reserve Bank of New Zealand, and are designed by Jonathan Gray of New Zealand Post Ltd.

This beautiful 5oz silver proof coin features uses a variety of polishing techniques as a well as a combination of 2D and 3D relief to give depth and texture to the image.

The little spotted kiwi was first described in 1847. They have a length of 35 to 45 centimetres (14 to 18 inches). The weight of the male can range from 0.9 to 1.3 kilograms (2.0 to 2.9 pounds), while the female can weigh from 1 to 1.9 kilograms (2.2 to 4.2 pounds). Their statistics make them the smallest species of kiwi. Their feathers are a pale, mottled grey, complemented with fine white mottling, and are somewhat shaggy looking. They lack a tail, but have a small pygostyle (or fleshy protuberance) visible at their posterior. Their bill is long and ivory in colour and their legs are pale. The lesser-known North Island little spotted kiwi, or iredalei, became extinct in the late 19th century, and as a consequence, around 1900, a population of the little spotted kiwi was trans-located to Kapiti Island for conservation purposes. Today, their conservation status is listed as “range restricted” by the conservation organization Save the Kiwi, though their population is growing. Formerly classified as “vulnerable” by the International Union for Conservation of Nature (IUCN), it was suspected to be more numerous than generally assumed.