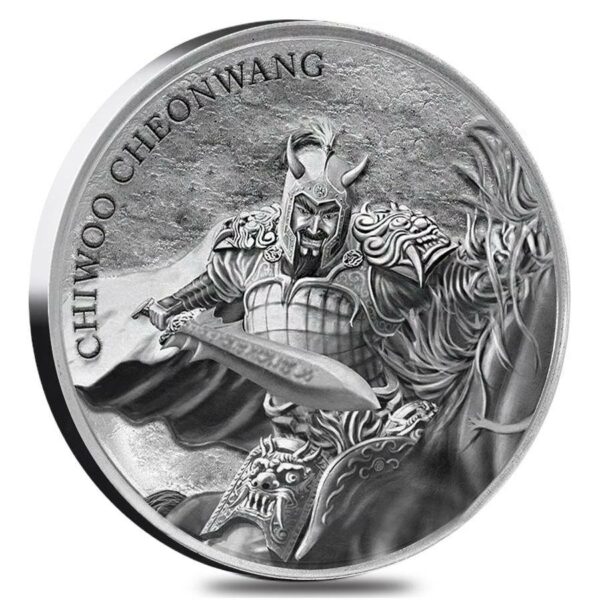 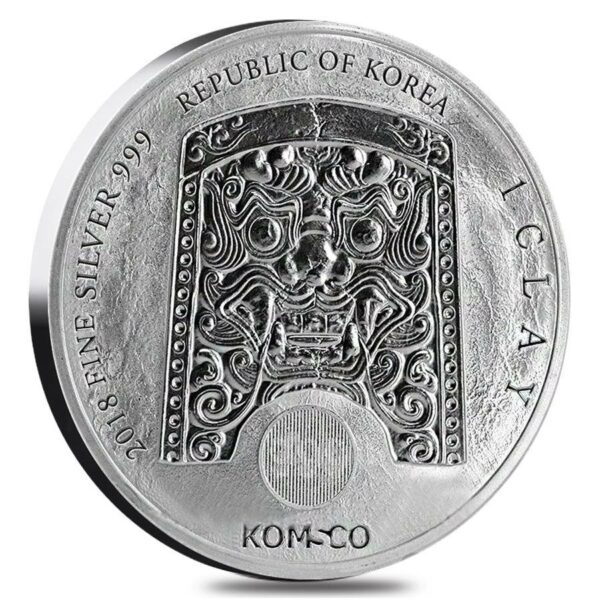 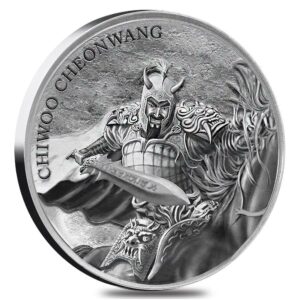 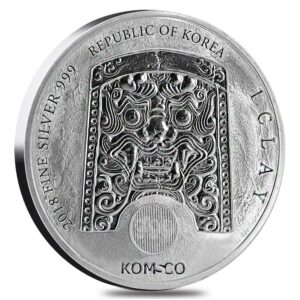 The reverse feature is a meticulously realized effigy of Chiwoo Cheonwang, fearsome in his elaborate armour; his sword primed for attack as he faces the enemy astride his warhorse. This astonishingly artful effigy is set upon a roughly textured field and joined on the reverse only by the hero’s name, ‘Chiwoo Cheonwang.’

The obverse is no less astonishing in its crisp artistry, it depicts a rendition of fabled ‘Do ggae bi,’ a preternatural character who is said, in Korean myth, to protect the carrier from evil spirits and all their fell mischief. This protective rendering is encircled by the coin’s weight, purity and symbolic, 1 Clay denomination, as well as the Korean legend and the Korean Mint logo.