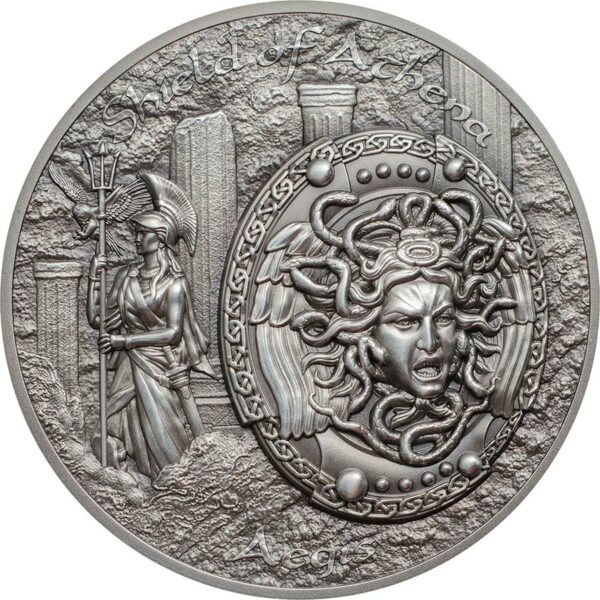 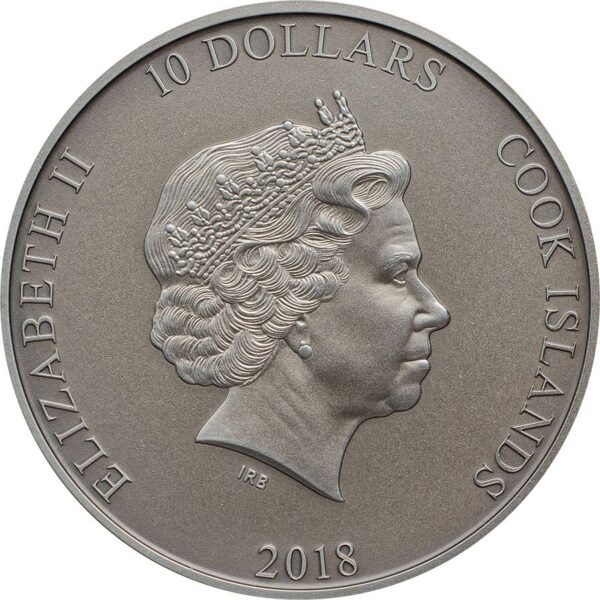 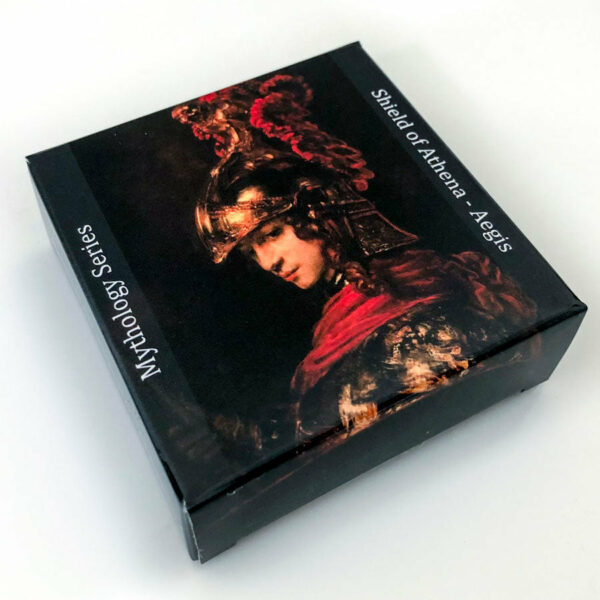 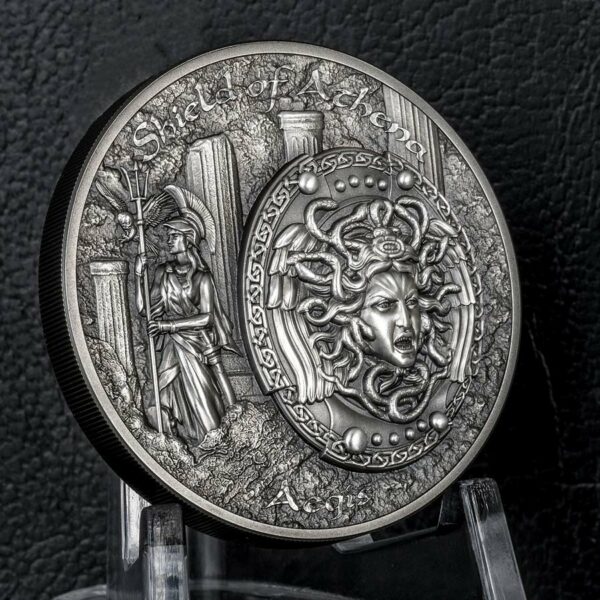 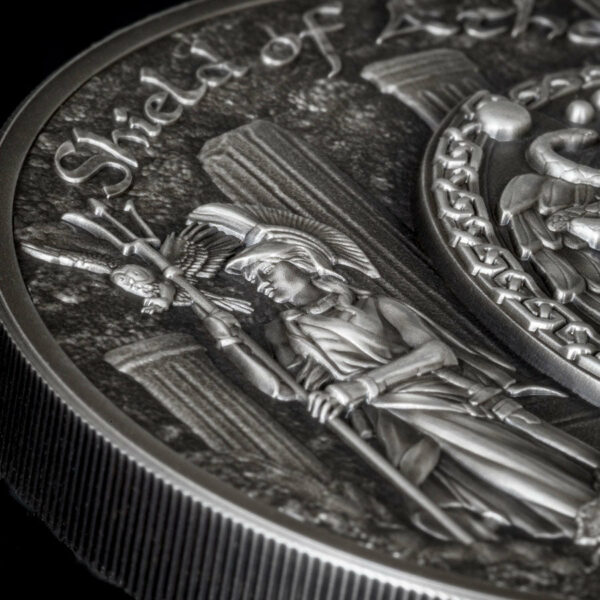 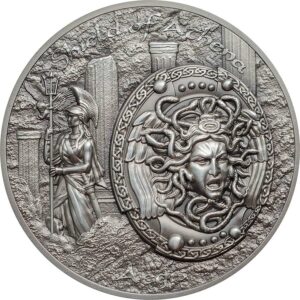 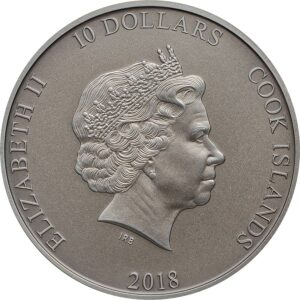 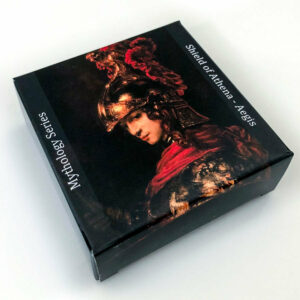 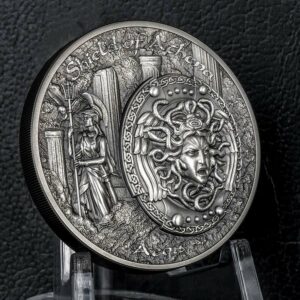 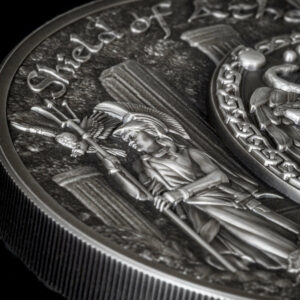 The mythology series continues after the 2017 Thor’s Hammer release with the Shield of Athena: Aegis. Minted in ultra high relief on a piedfort 2oz blank and topped off with lustrous antique finish.  Enjoy the breathtaking details on this amazing motive.

Production is limited to just 999 pieces.

The aegis, as stated in the Iliad, is carried by Athena and Zeus, but its nature is uncertain. It had been interpreted as an animal skin or a shield, sometimes bearing the head of a Gorgon. There may be a connection with a deity named Aex or Aix, a daughter of Helios and a nurse of Zeus or alternatively a mistress of Zeus. The aegis of Athena is referred to in several places in the Iliad. “It produced a sound as from a myriad roaring dragons and was borne by Athena in battle … and among them went bright-eyed Athene, holding the precious aegis which is ageless and immortal: a hundred tassels of pure gold hang fluttering from it, tight-woven each of them, and each the worth of a hundred oxen.”