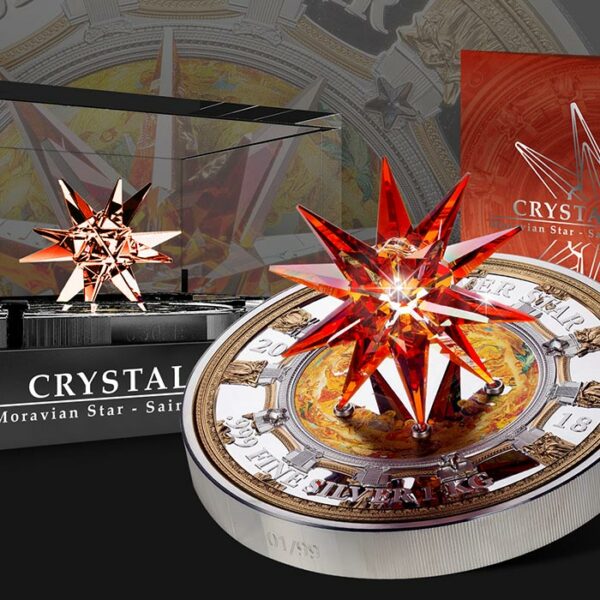 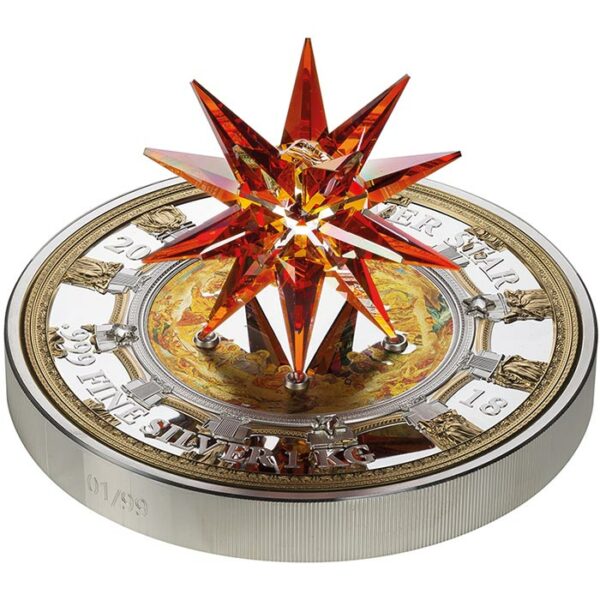 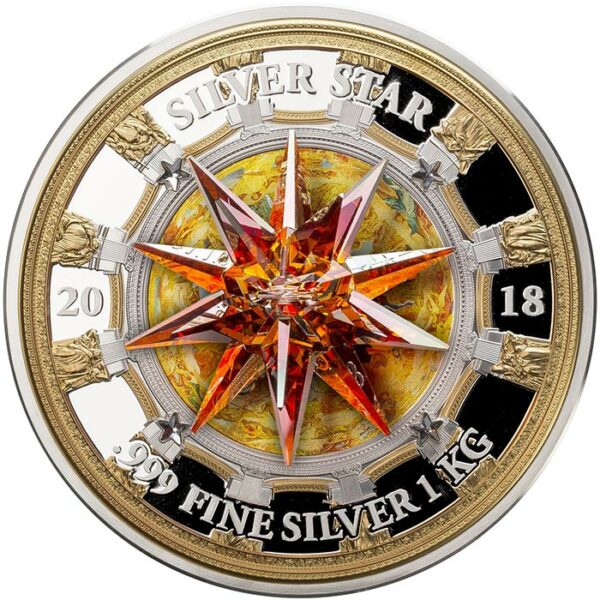 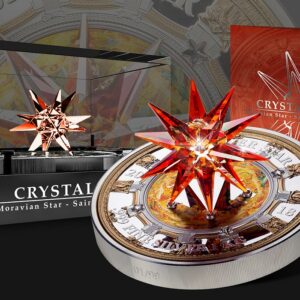 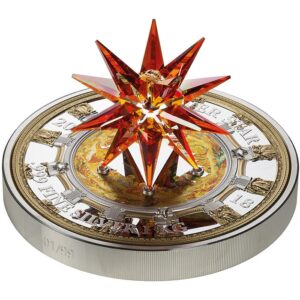 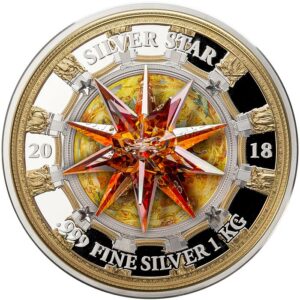 Presenting the stunning 2018 1 Kilogram Moravian Star Giant Crystal St. Isaac’s Cathedral Silver Coin issued and guaranteed by Cook Islands.  This spectacular coin is one of the rarest and most captivating 1 kilogram silver coins in the world. Each one bears an individual number on the edge as proof of the issue limit. The exceptional combination of the highest art of minting and dazzling sparkle of the giant genuine Swarovski crystal makes this coin a timeless collector’s piece.

The church on St Isaac’s Square was ordered by Tsar Alexander I, to replace an earlier structure by Vincenzo Brenna, and was the fourth consecutive church standing at this place. A specially appointed commission examined several designs, including that of the French-born architect Auguste de Montferrand (1786–1858), who had studied in the atelier of Napoleon’s designer, Charles Percier. Montferrand’s design was criticized by some members of the commission for the dry and allegedly boring rhythm of its four identical pedimented octastyle porticos. It was also suggested that despite gigantic dimensions, the edifice would look squat and not very impressive. The members of the commission, which consisted of well-known Russian architects, were also particularly concerned by necessity to build a new huge building on the old unsecured foundation. The emperor, who favored the ponderous Empire style of architecture, had to step in and solve the dispute in Montferrand’s favor.