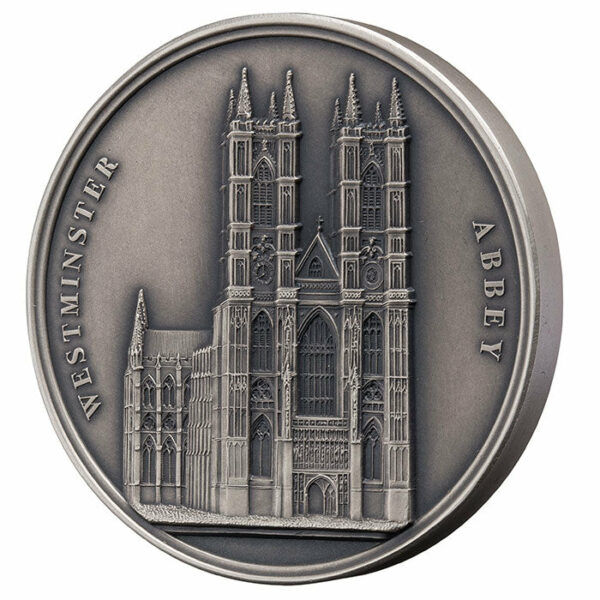 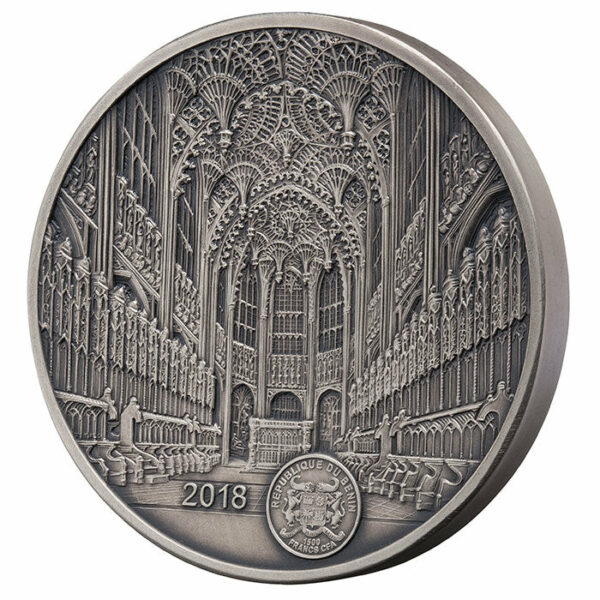 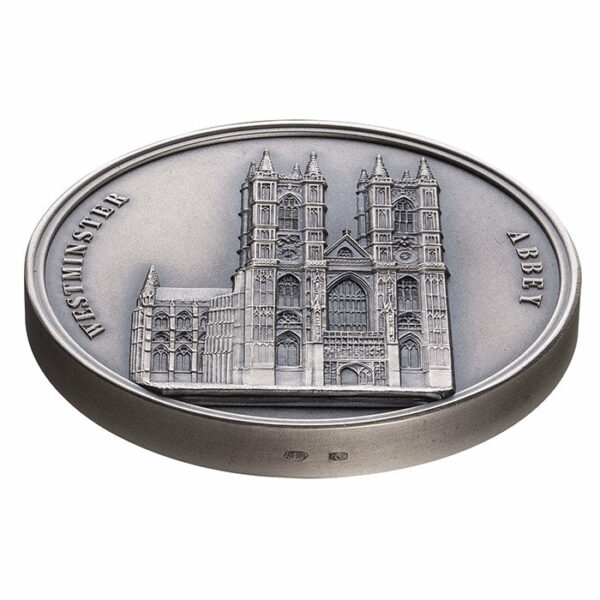 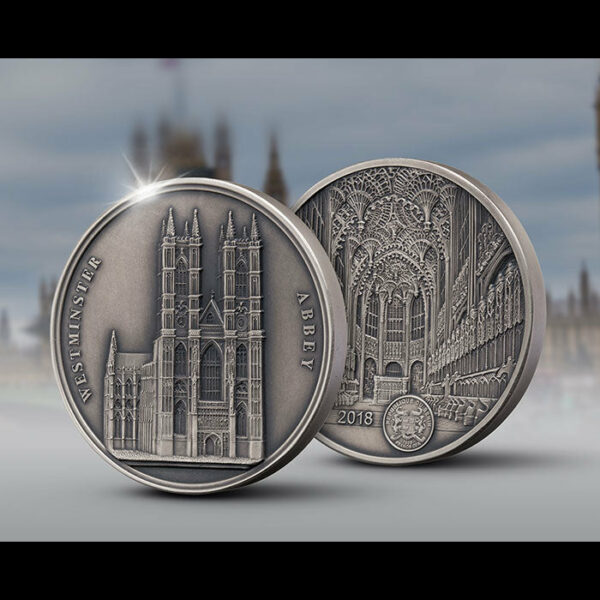 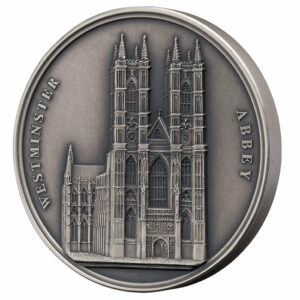 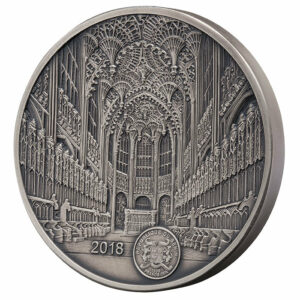 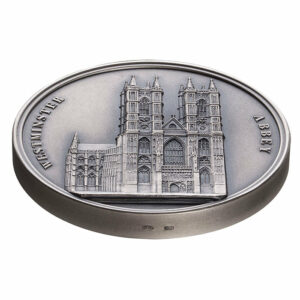 This beautiful high relief .999 pure silver coin is the second release in the “Infinity Minting” series and is again dedicated to some of the most beautiful and historic worship places in the world.  In this edition, it pays homage to the famous Westminster Abbey.

Westminster Abbey, formally titled the Collegiate Church of St Peter at Westminster, is a large, mainly Gothic abbey church in the City of Westminster, London, England, just to the west of the Palace of Westminster. It is one of the United Kingdom’s most notable religious buildings and the traditional place of coronation and burial site for English and, later, British monarchs. The building itself was a Benedictine monastic church until the monastery was dissolved in 1539. Between 1540 and 1556, the abbey had the status of a cathedral. Since 1560, the building is no longer an abbey or a cathedral, having instead the status of a Church of England “Royal Peculiar”—a church responsible directly to the sovereign. According to a tradition first reported by Sulcard in about 1080, a church was founded at the site (then known as Thorn Ey (Thorn Island)) in the seventh century, at the time of Mellitus, a Bishop of London. Construction of the present church began in 1245, on the orders of King Henry III. Since the coronation of William the Conqueror in 1066, all coronations of English and British monarchs have been in Westminster Abbey. There have been at 16 royal weddings at the abbey since 1100.

These coins are a stunning presentation with a luxury presentation box and the extraordinary strike depth that the masters at Mauquoy are famous for.