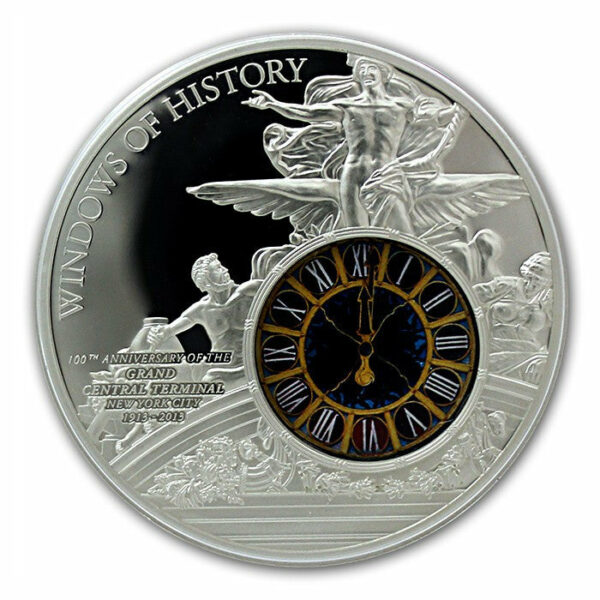 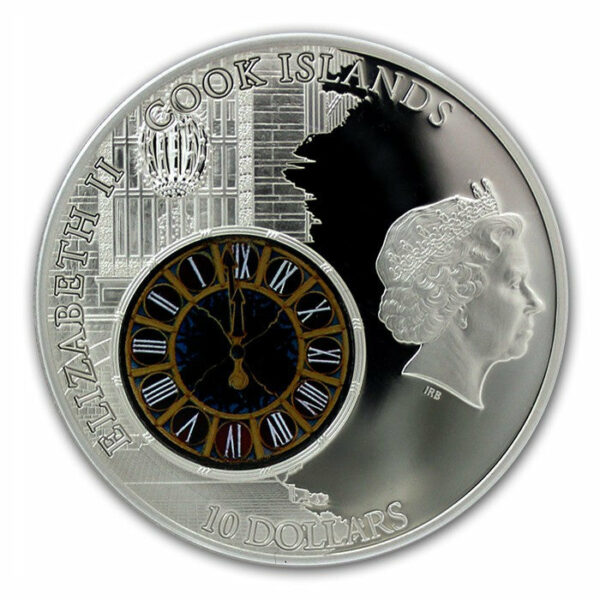 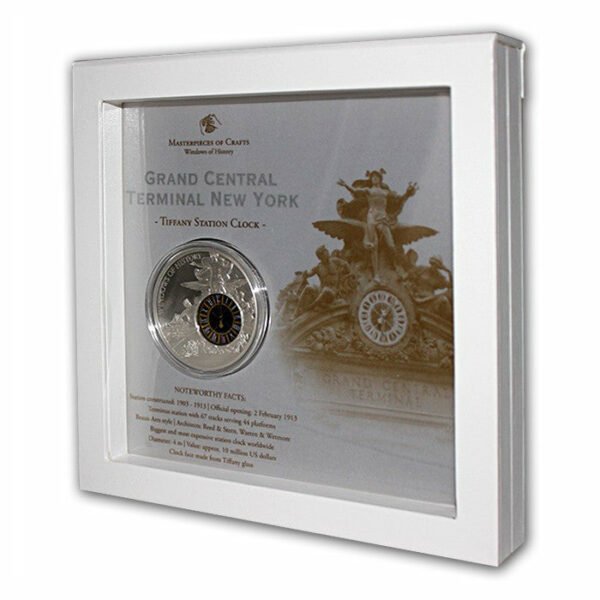 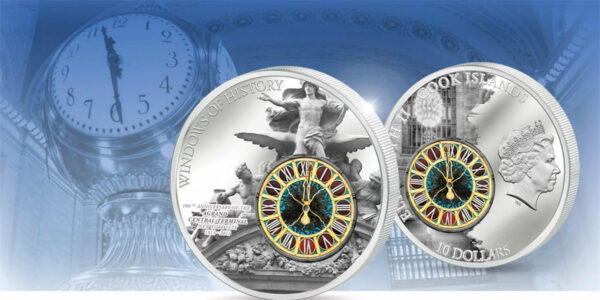 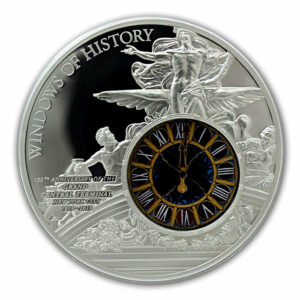 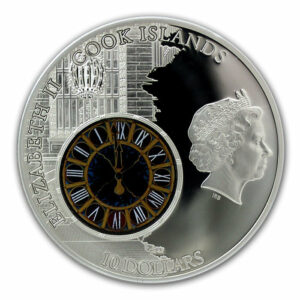 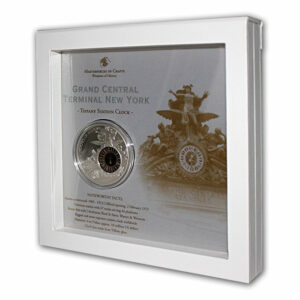 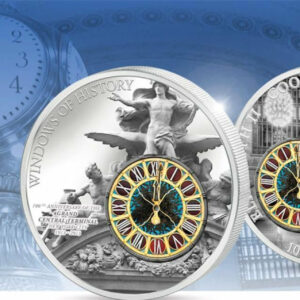 This stellar piece of coin craftsmanship is dedicated to the iconic Grand Central Station in New York City, one of the most widely recognized landmarks in the world. With a incredibly detailed stained and gold embroidered glass insert, not to mention the low mintage of just 1,913 sets and 50 Grams of .925 silver content, this is an incredible item for any astute collector.

Grand Central Terminal (GCT), usually called Grand Central Station, or shortened to simply Grand Central, is a commuter rail terminal station at 42nd Street and Park Avenue in Midtown Manhattan in New York City, United States. Built by and named for the New York Central Railroad in the heyday of American long-distance passenger rail travel, it is the largest train station in the world by number of platforms: 44, with 67 tracks along them.