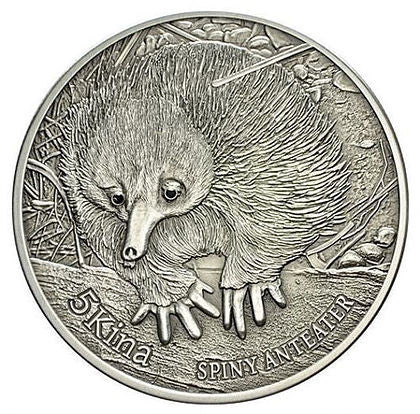 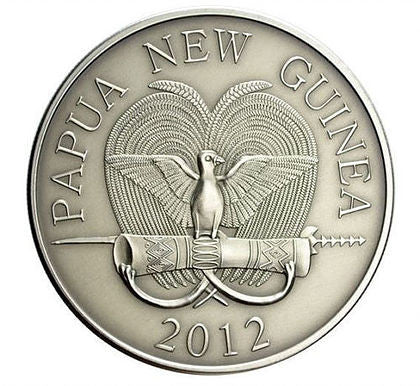 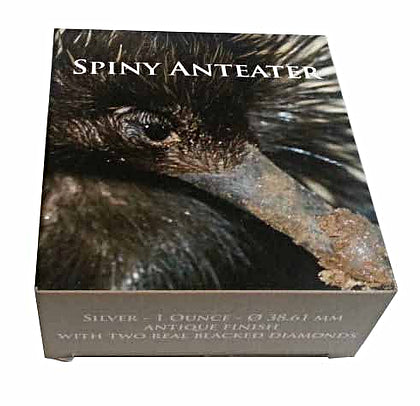 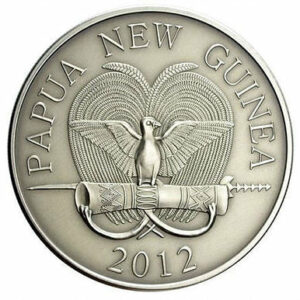 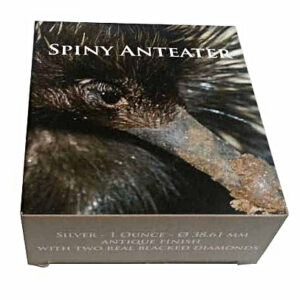 First issue of the the Wonderful Wildlife of Papua Series, a tribute to one of the most interesting New Guinea creatures: the Spiny Anteater. The design is enriched by two splendid eye shaped black diamonds.

The reverse showcases the revered Spiny Anteater. The coin is issued as legal tender under the authority of the Government of Papua New Guinea. The Coat of Arms and the 2012 year-date appear on the obverse coin.

Echidnas also known as spiny ant eaters, is an animal of the egg-laying mammal family. It lives in Australia and New Guinea. The echidnas are named after a monster in ancient Greek mythology. This solitary, burrowing animal has tough spines covering the top of its body. The echidna lives for over 50 years in captivity. When attacked, the echidna will quickly burrow in the ground or curl up in a ball. Echidnas lay a single egg in a pouch on the female’s belly. The egg has a leathery shell. The egg hatches in 10 days and the baby echidna is born blind and hairless. It gets milk from a gland within the mother’s pouch. In a few weeks, the baby (called a puggle) develops sharp spines, and must leave the pouch. The spiny anteater’s diet consists largely of ants and termites, it is no more closely related to the true anteaters of the Americas than to any other placental mammal.