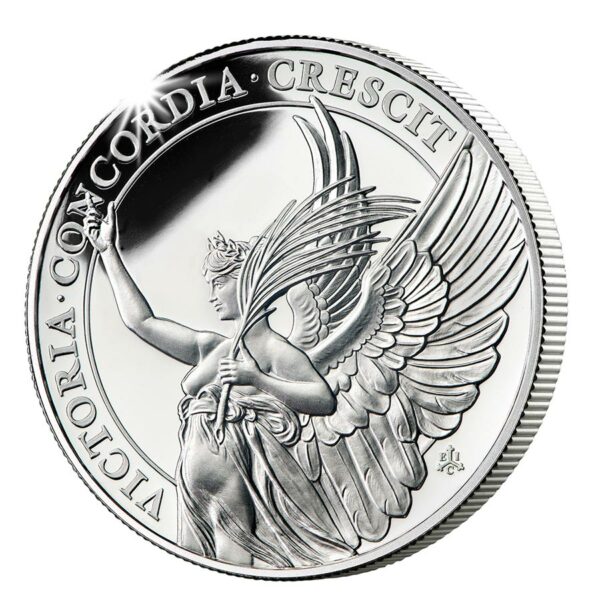 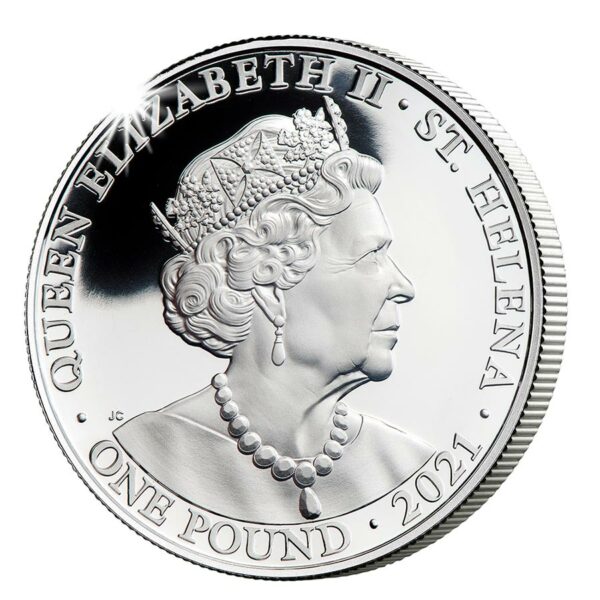 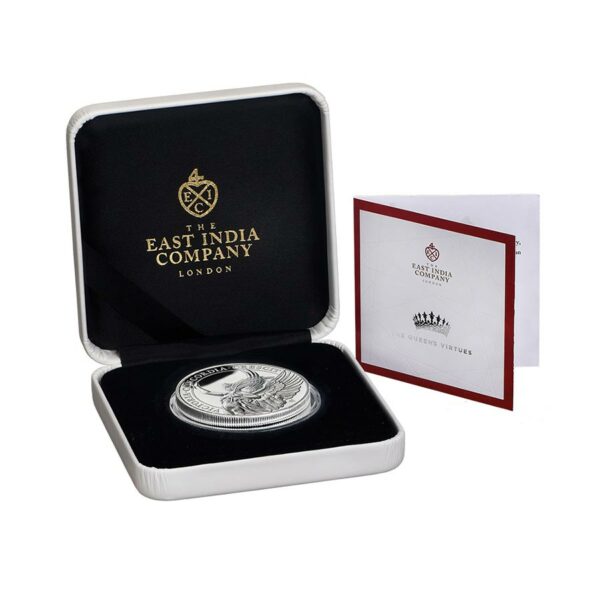 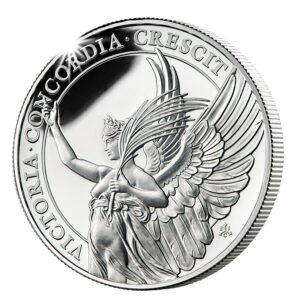 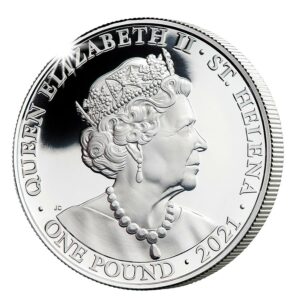 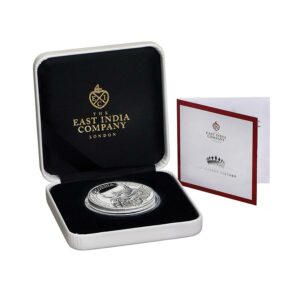 The first coin in this magnificent series represents Victory, perhaps one of the most prominent virtues a Monarch can behold. Defined as the success or triumph of overcoming an enemy, Victory is a key element in both Queen Victoria and Queen Elizabeth II’s reign. Victory signals the end of conflict and a celebration of peace. The Queen as Sovereign is Head of the Armed Forces and is still the only person able to formally declare war and more crucially, an end to conflict.

Inspired by the six virtues found on the Victoria Memorial situated outside Buckingham Palace, the first design in the series features a detailed depiction of the allegorical figure Victory, carrying in her hand the victors palm and surrounded by the text VICTORIA CONCORDIA CRESCIT.

Limited to just 2,500 pieces in total production, each 1 oz .999 pure silver coin is struck in a brilliant proof quality finish and is a legal tender issue of St. Helena.